Aiming for the moon, landing among the stars

I’ve always had an aversion to the fantasy genre, and because of that, I’ve never dipped my toes into the Age of Wonders series despite loving the 4X genre. With the announcement that the newest game, Planetfall, was going to be painted over with a science-fiction gloss, I was excited to dive into the series.

I feel like I’ve done myself a disservice as a 4X fan by waiting this long. Age of Wonders: Planetfall addresses most of my issues with the genre while weaving a story for those who need a little extra motivation. But for newer fans of the genre, it might be a bit too big of a piece to chew. 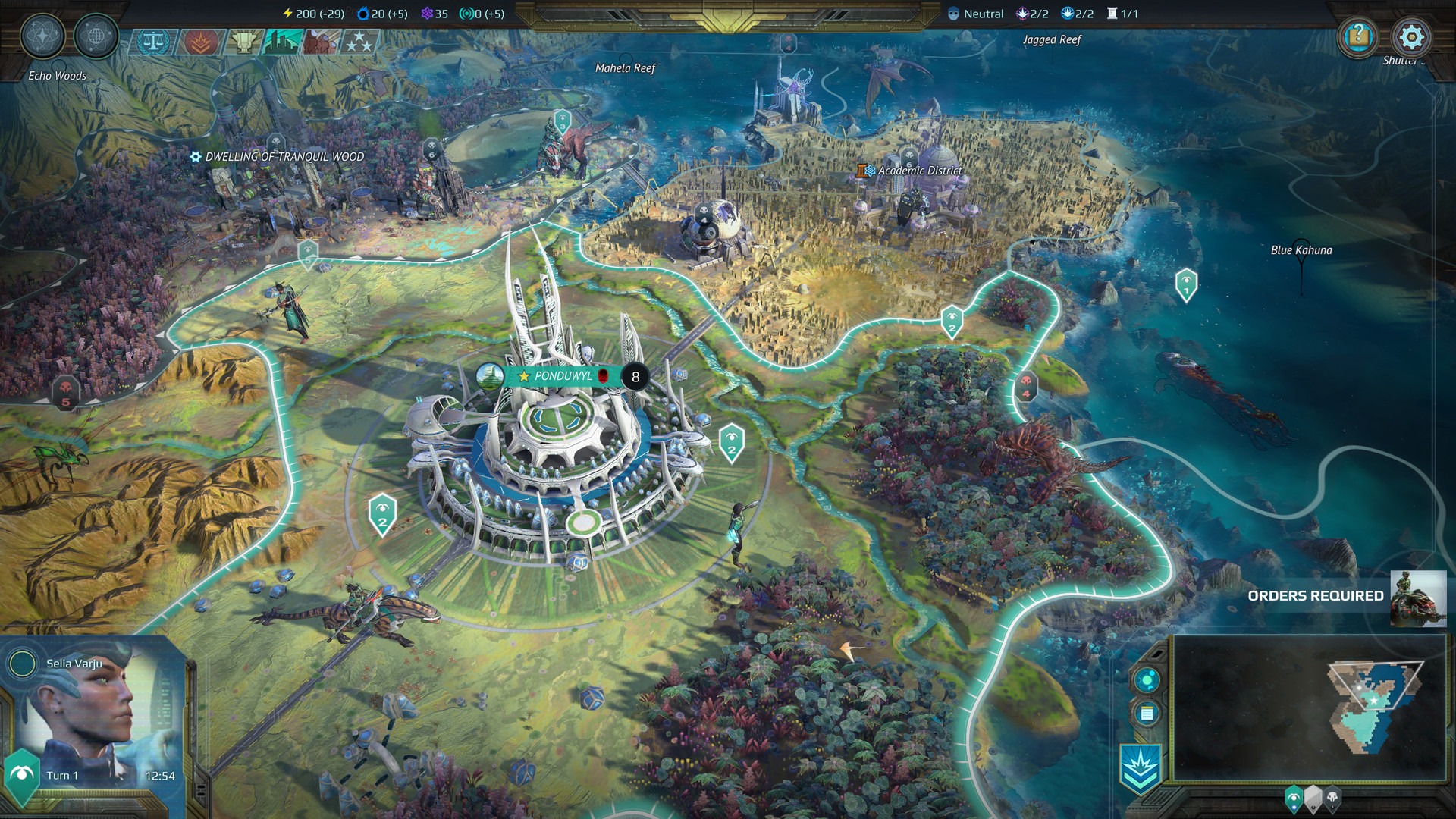 As I’ve said before in reviews of other games in the genre, it’s hard to reinvent the wheel when it comes to 4X. You eXplore, you eXpand, you eXploit, you eXterminate. So when one of these games is done right, it should come down to assessing the nuances. Thankfully, I can report that the base mechanics are here and live up to the standards of what the genre has evolved into.

The smaller aspects of Planetfall are where everything starts to vary in quality and enjoyment. I’m a glass-half-empty type of person, so I’ll start with the shortcomings. Planetfall feels like it took its scope and cranked it up to 11, which you would think sounds good, but there are some hazards.

While the skill tree is expansive, it’s almost too big in that your eyes can gloss over trying to make decisions. As opposed to taking a multi-branch approach, the skill trees in Planetfall are broken down into three or four paths that have similar end goals in mind, it’s just that the path to those end goals is so filled with minutia that it feels like you’re ticking boxes instead of progressing toward something. It is nice that they broke up the skill trees into societal and military technologies, but that doesn’t mean much when the actual trees are overloaded.

Because the game is releasing on consoles as well, I decided to give the gamepad controls a test. I lasted about a half-hour before going back to keyboard and mouse. It might be because I’m used to the keyboard, but it’s just unwieldy to use for both the strategic and tactical gameplay. I can understand the strategic level being clunky to some extent, but tactical battles have been done well before with a controller in other games, and that feels like more of a shortcoming here.

The campaign mode is a nice addition for those who need a little push in their 4X endeavors. Not only is there a tutorial campaign that goes over the basics of the game and sets up the world but there’s also multiple stories you can choose to experience. I wasn’t overly impressed with the campaign I picked but I also don’t play these games for their stories as I don’t expect to be wowed by them. While I can’t comment on how all the separate campaigns connect, the universe that Planetfall inhabits seems fleshed out and deep so maybe I just picked a bad one.

The positives so far are much more prominent, starting with the combat. For years, I’ve longed for a game to fix the problem of combat in the 4X genre – to turn it into something, anything, that amounts to more than slamming plastic pieces together. I should have been looking at the Age of Wonders series; its combination of strategic and political strategy with tactical-based battles is a sight for sore eyes. 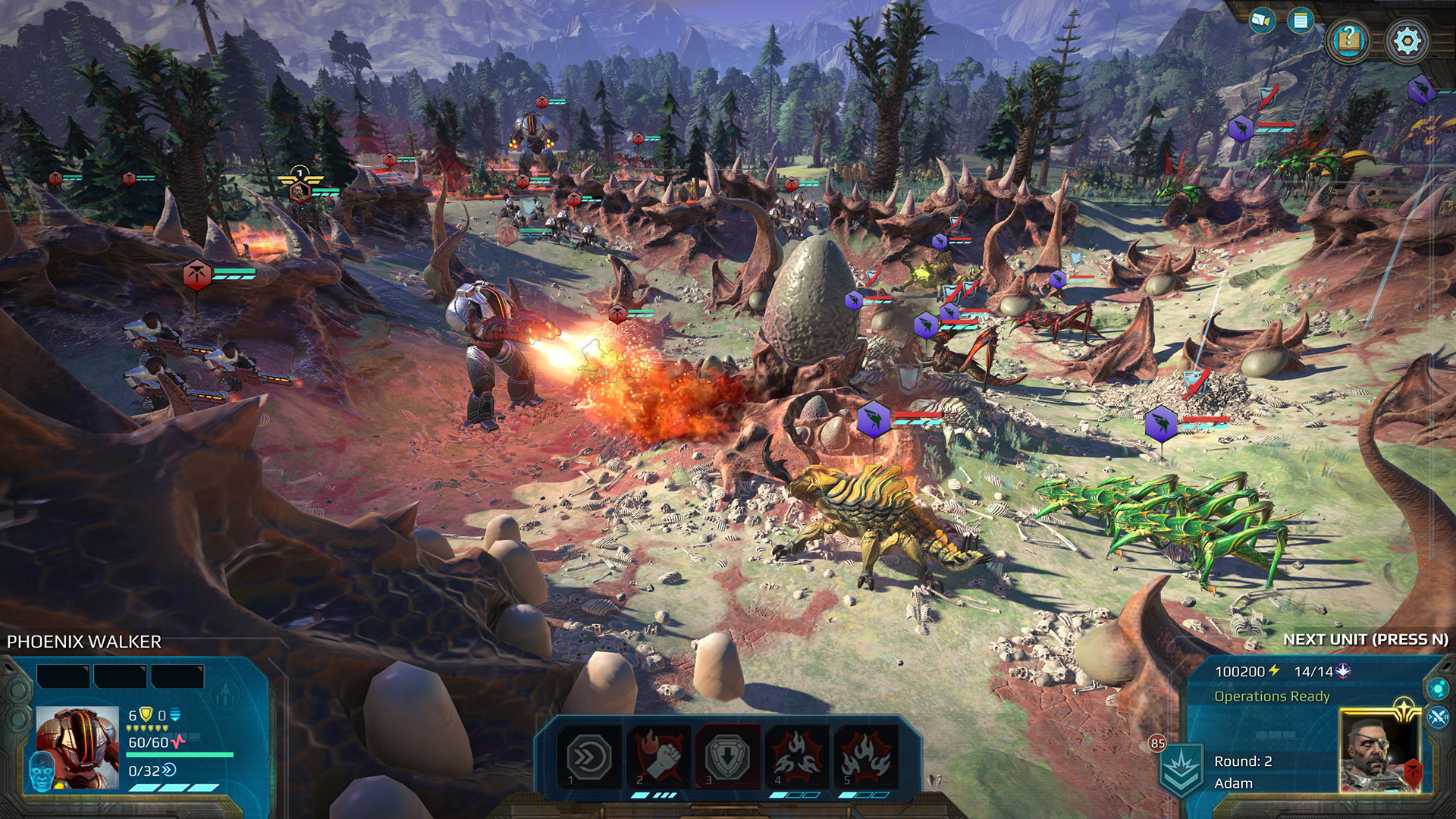 In the strategic level, you have your basic 4X movements and actions. You build units with your bases and use those units to expand your turf and intervene in events or battles on the map. You must maintain an economy of resources that are required for building and maintaining units. Like previous Age of Wonders games, there are different races of units to command, each with their own benefits. How you get units that aren’t of your faction’s race will take some work but it’s well worth it to get the benefits of a varied team.

The tactical battles, as briefly mentioned before, are similar to tactical role-playing games: you move about a hex grid and subsequently attack enemies using ability points. The really neat thing about throwing a tactical battle system into a 4X game is that your strategic-level decisions determine which units you can bring into battle. Terrain conditions from the overworld map also dictate the tactical battlefield and that can mean hazards that can either be a detriment or an actual benefit to you if you choose the right units.

There’s a ton of freedom embedded here and it’s almost enough rope to hang yourself with if you aren’t careful. The leveling and hero customization mechanics are also great in that Planetfall feels like a strategy RPG has been watered down and shoved into a larger strategy game. It’s like finding a peanut butter cookie in a snickerdoodle. You like both of them on their own, but when they combine, you wonder why they weren’t blended together before. 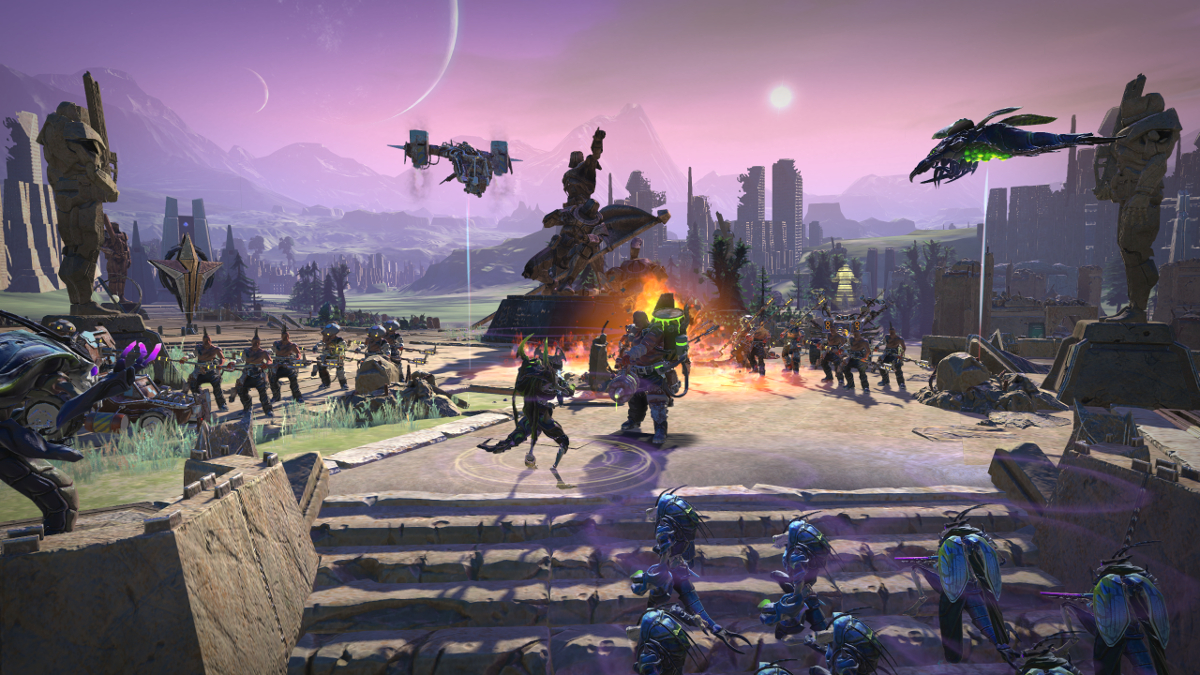 I’m one who measures a strategy game by how many non-violent options you are given to complete your tasks. Thankfully, in Planetfall, there are plenty of chances to go about things in a diplomatic fashion, so I’m at least sated. The problem is that this diplomacy is limited to the 4X equivalent of fetch quests wherein you go to locations for an NPC or build something for their society using your resources. It’s nothing really against the game itself – just maybe I’m asking too much from the genre for something like moderating peace negotiations between third-party NPC factions.

Overall, Age of Wonders: Planetfall is a large, ambitious strategy game that succeeds in many ways but falters ever so slightly in its grand scale. If you can grapple with the scope it’s well worth the purchase and time, offering a great sandbox that could be played for hours on end. Newcomers to the genre might want to try one of the earlier Age of Wonders games before seeing if they should truly take the dive into this massive commitment. Those who do won’t be disappointed.