In a cyberpunk future where men cease to exist, a trans woman and for-hire assassin is fighting the feminist Illuminati that runs the government. Along the way she encounters shape shifting monsters that often are shaped like testicles and penises, GamerGate mascot Vivian James and lots of transphobic slurs.

Aerannis is a socially and politically-fueled metroidvania stealth action side-scroller with a lot to say, most of which I don’t agree with, but would you be shocked if I said I enjoyed it quite a bit? 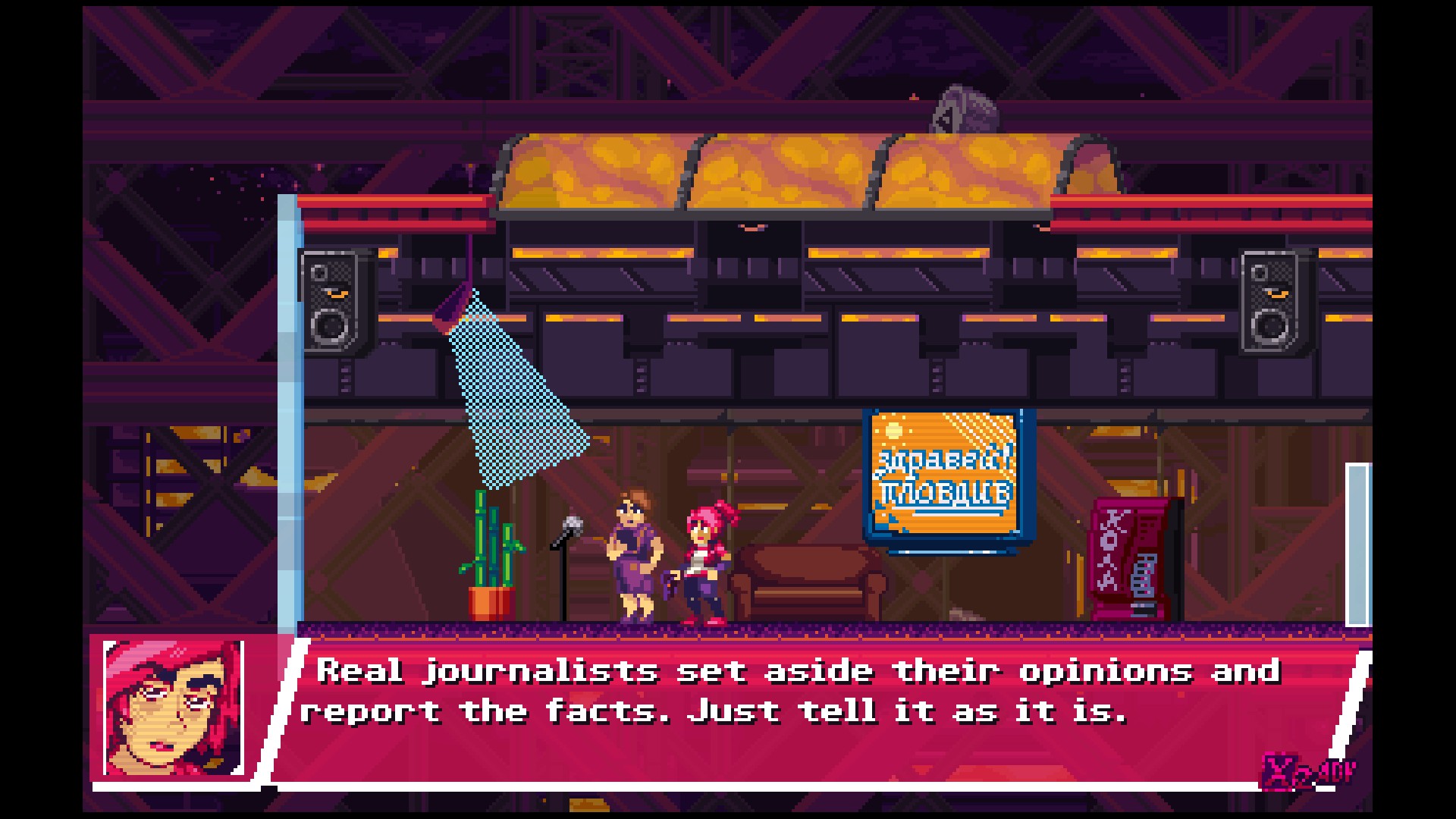 After receiving an email from one of the developers stating you play as a transgender character, I couldn’t help but give Aerannis a chance. I was rather surprised how well the Kickstarted game was able to mesh the adventure genre with a stealthy metroidvania. Traversing different parts of the cyberpunk world to find and complete missions — mostly consisting of either stealthy sneaking, hits, or investigating — was pretty satisfying and never felt dull.

The formula is overall pretty simple: Talk to your robot buddy / boss / NPC and receive a mission with directions, follow the directions till you find an arrow in front of described building, do the mission, rinse and repeat. The world isn’t exactly huge, but save stations allow you to fast travel between them, thankfully cutting down on dull backtracking that many games in the same genre suffer from.

Missions are all relatively similar even if the goal at the end can be a bit different: Going from point A to point B while hiding or blasting enemies until you reach the goal. But thankfully new mechanics, weapons, and enemies are introduced along the way to keep things interesting, such as the abilities to hang from ledges, jump off walls, and drop varying types of bombs. In a few levels you’ll also be tasked with taking down giant boss monsters, which are always satisfying and unique.

As someone who typically hates stealth sections in games, I actually found the stealth missions fairly enjoyable as they are a bit more action-oriented than games like Hitman. I found myself never having to wait more than a few seconds for an enemy to mill about allowing me to either sneak by or grab them from behind with the decision of instantly killing them or taking them hostage, with any option being equally satisfying.

Politics: this game has them and we have to talk about them. Seeing as you play as a transgender female in a world where men don’t exist because… well… the game doesn’t really ever explain this, nor does it explain how trans females exists with no males. Are babies born male and forced to be female? How are babies born? I feel like the developers had some kind of agenda with the game’s story but never truly make it 100% clear one way or another, which is probably intentional. I imagine that players of every belief will be able to feel like Aerannis story falls into what they think if they wanted.

For instance, one section has you enter a part of the city known as TERF Turf, where radical feminists are in control and rally against “snowflakes” as they call them, a shortened version of the pejorative “special snowflakes” which is often used to slur transgender people. TERF is an acronym for “Trans Exclusionary Radical Feminists” by the way, so it makes sense that the sign outside their part of town says “you must be this cis to enter” with a picture of a tampon. The game treats TERFs as the main villains even going as far as referring to them as Nazis, though without directly saying the word. So many people will take this as meaning “excluding trans people is bad” while others will surely interrupt it as “all feminists are bad,” a distinction that is never directly made. 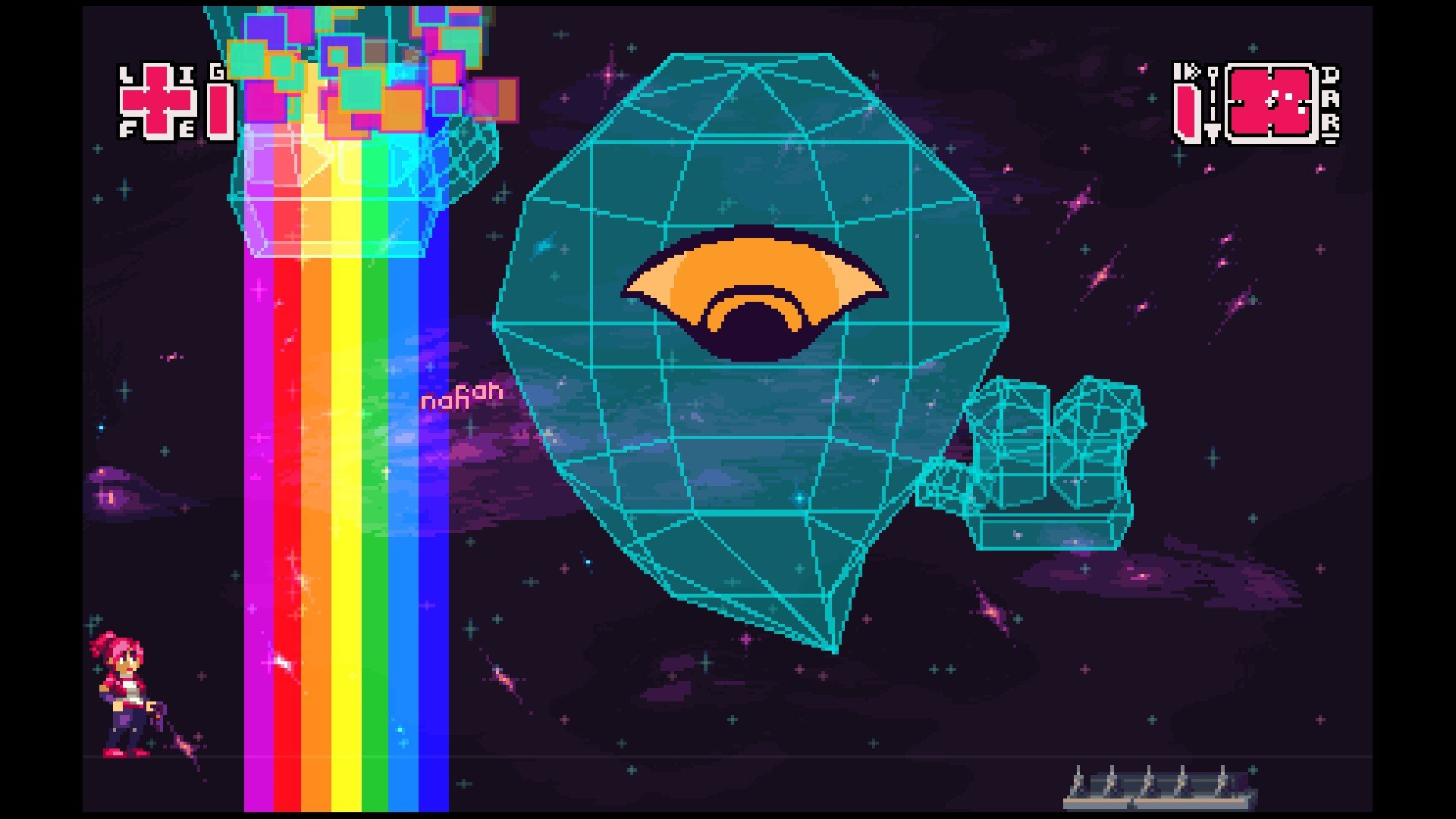 My biggest gripe with the game is it never really says anything. Sure it talks about feminism, transgender people, and diversity, but what is the message it is trying to convey? In the end the whole thing kind of feels like the ramblings of a conspiracy theorist who finds the most radical outlier of a group and makes an example of them for what a said group must be like, when that isn’t necessarily true. I have a hunch the developers’ intentions was to try to hide a wolf in sheep’s clothing or apply gotcha tactics by having players play as a transgender character while preaching to them about the dangers of feminism — insert laughter here — and it really just never works, mostly because the writing is less than great and the message isn’t clear.

For a game having two endings, neither really had much to say or made sense to the context of the rest of the game. One ending has the main character reveal a secret twist they had been keeping the entire game, which would be fine if their internal dialogue wasn’t presented at times, which made the ending feel jarring and disconnected from the rest of the experience. The other ending just goes completely off the rails that had me audibly exclaim “What the fuck!?” 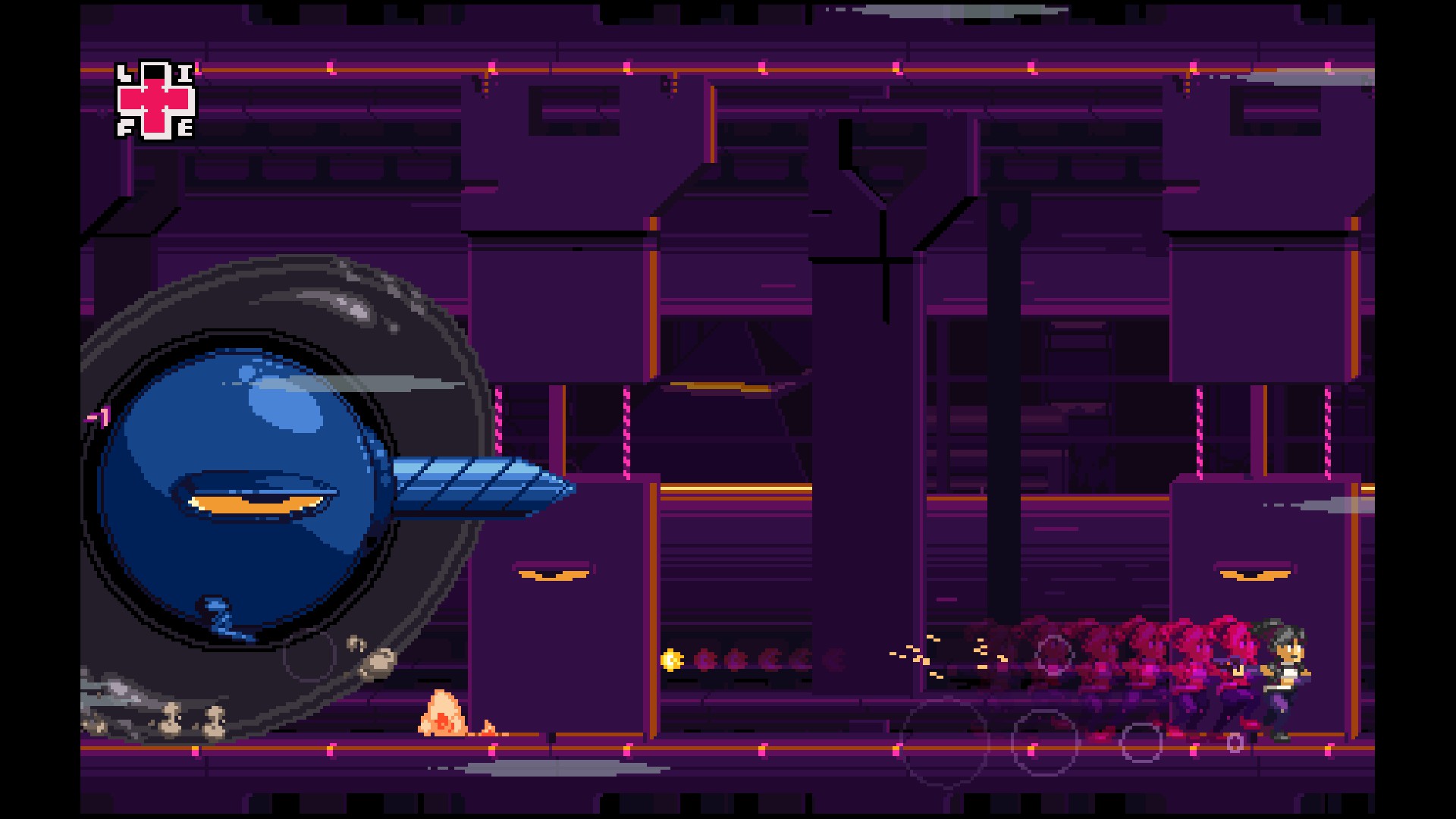 Maybe that is part of the beauty of Aerannis — aside from its crisp pixel art, matching soundtrack and solid gameplay — is that it is like staring into the abyss of the mind of a conspiracy theorist, or any random internet hive-mind; it might not make much sense, it might be completely off kilter with the real world, and it might be the complete opposite of what I believe, but it was still good for a laugh.

Aerannis is a beautiful, diverse metroidvania with solid mechanics mixed in with some tin-foil hat madness, and regardless of your political views you should give it a shot; you might just enjoy it, I know I did.