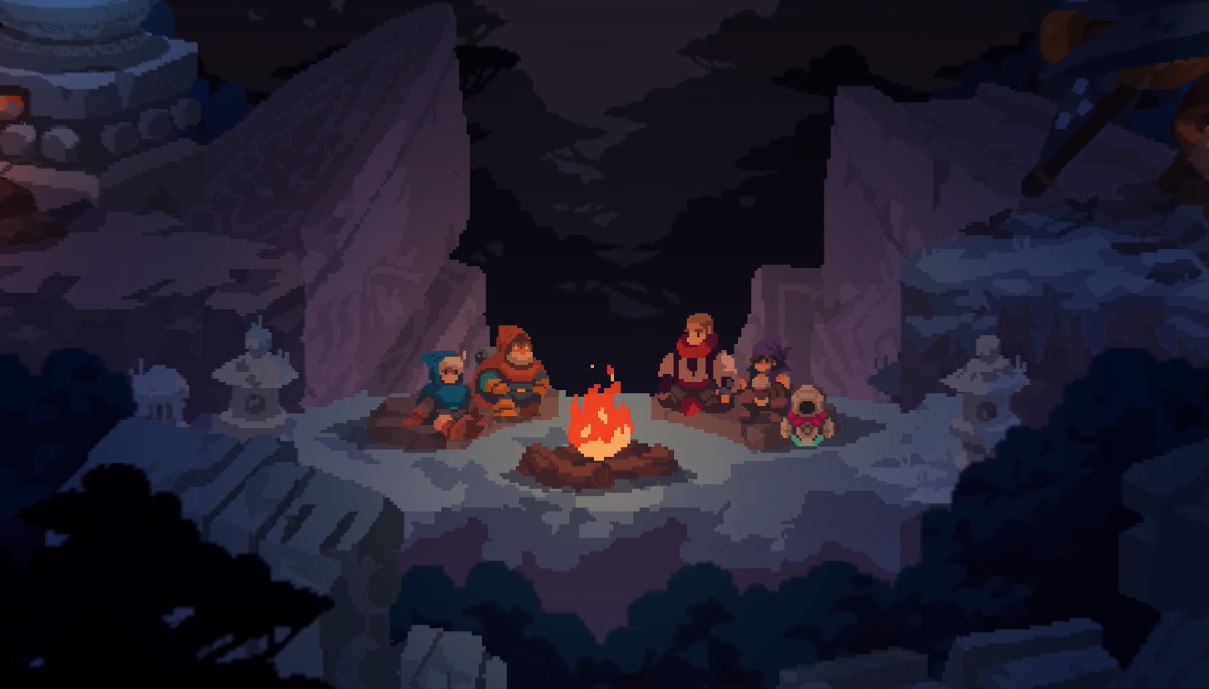 In defense of platforming

The simple addition of an RTS Use Map Settings (UMS) toggle helped kick off entire genres, including tower defenses and MOBAs. There was a time when the former genre was king, a golden era, if you will. But in recent years it faded into the background to make way for the next big thing.

Every so often a developer gets it in their head to bring it back, and I’m glad MiniVisions did just that to craft Aegis Defenders. 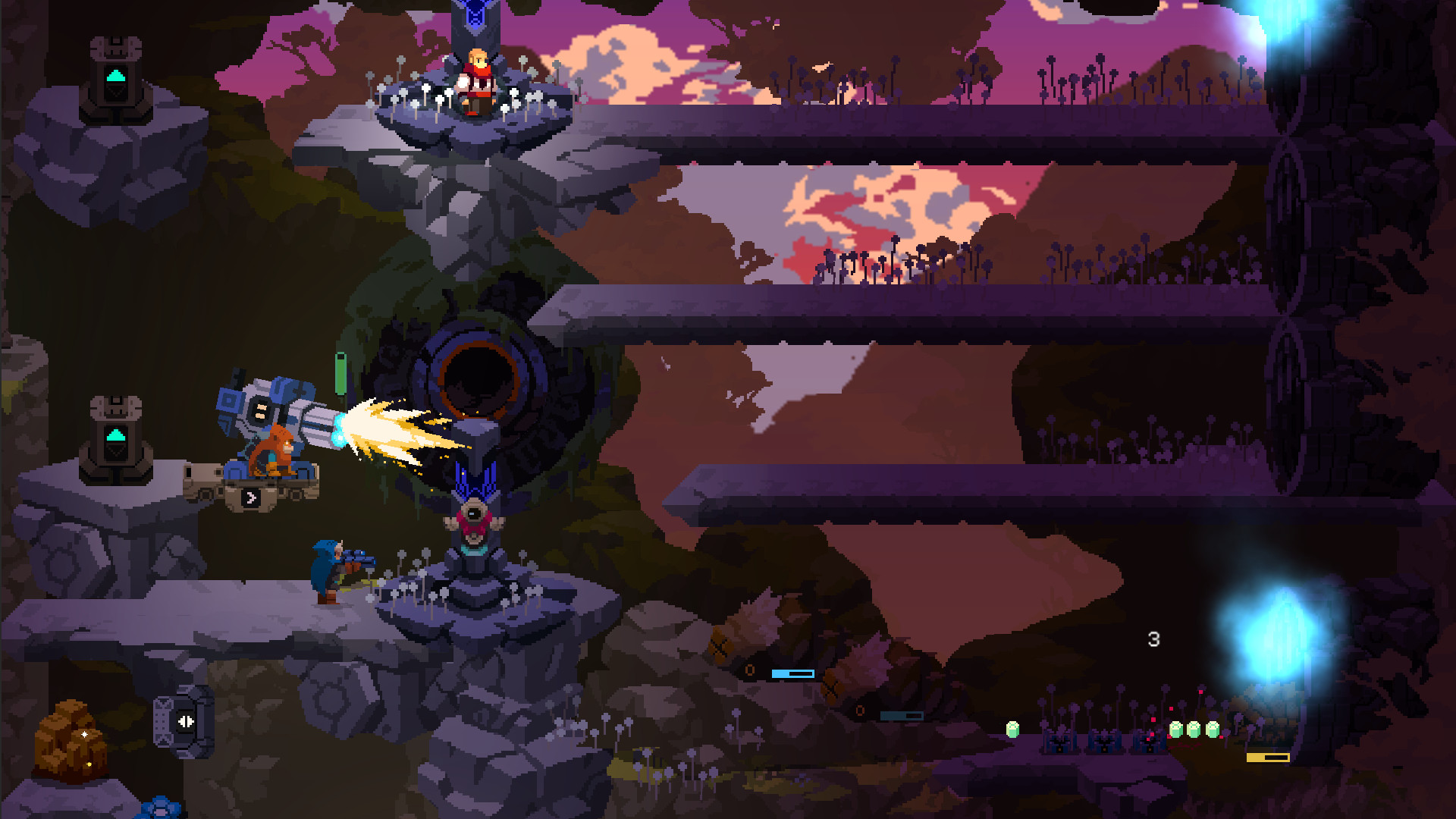 If you couldn’t tell by the art that’s part Nausicaa part Final Fantasy Tactics, Aegis Defenders looks stunning. From the memorable but subdued soundtrack and the little “hahas” and “teeheehees” of the snippets of voicework, I was sucked in pretty much right away — it reminds me of some of the best Treasure games from the PS1 era. Bart, a tinkerer, and his granddaughter Clu kind of burst onto the scene without an annoying origin story, and you immediately feel like you know them.

The hook of Aegis Defenders is that the duo (which can be played right away via dynamic split-screen co-op) are scavengers, and can bring multiple elements to the table. Clu is primarily blue with a rifle to boot, throws down blue spike traps, and can wield a red bow. Bart sports a yellow hammer that’s used to build blocks and turrets quickly, but can also swap to a blue shovel to dig up resources.

Here’s the thing though; once you dive into it, Aegis Defenders‘ strategic elements start to hit you like a sack of potatoes. By combining Bart’s blocks and Clu’s spikes, you can create a super-turret of sorts that can fire three bullets. As you start to unlock more recipes it gets even crazier, especially when you add the red/purple and purple/yellow party members into the mix later on. There’s been a decent amount of avatar-based tower defense games on the market, but the sheer amount of player control that’s doled out here ensures that you’re never bored or letting your structures do all the work.

MiniVisions could have just left it at that and given us a wave-based tower defense game that threw levels at us endlessly, but instead there’s so much more to it. Aegis has both a primary quest and a sort of religious meta-narrative, which is slowly filling in the background of the game’s world and of the various Gods that had an impact on the people who reside in it. The narrative cuts are never too imposing or lengthy, and give you just enough info to care, but still string you along as you uncover the greater mystery hook.

Each stage is set up like a platformer (with lots of hidden areas to find) before culminating in a tower defense challenge, and the way it all flows together is seamless. You can use structures in the platforming section or sweet platforming maneuvers and attacks in the tower defense arena. It gets incredibly hectic once you unlock everything, as swapping between every character and memorizing all of the formulas to craft all of the different turrets and traps is both rewarding and exhausting. The multi-element angle is probably the best part, as it doesn’t shoehorn any individual avatar into a boring mono-role, nor does it make anyone more important than the rest — and it’s nice to have a balance when playing co-op.

But with all this wonder comes some ugly pragmatic annoyances. During my sessions I encountered a number of glitches on Switch, including swapped confirmation buttons for specific players (annoying when navigating menus), a bug where characters could freeze if certain conditions were met, and a bug where multiple pieces of dialogue were skipped after the first player pressed a button. The former two were fixed during the time it took me to write up this assessment, but the latter issue is still present. I’m told more fixes are incoming for various crashes on Switch and are already patched on PC and PS4. I was okay with restarting a level and jumping back into the fray after a crash (I had around three in total, two were at the very start of a level and one was at the end), but you might not be. 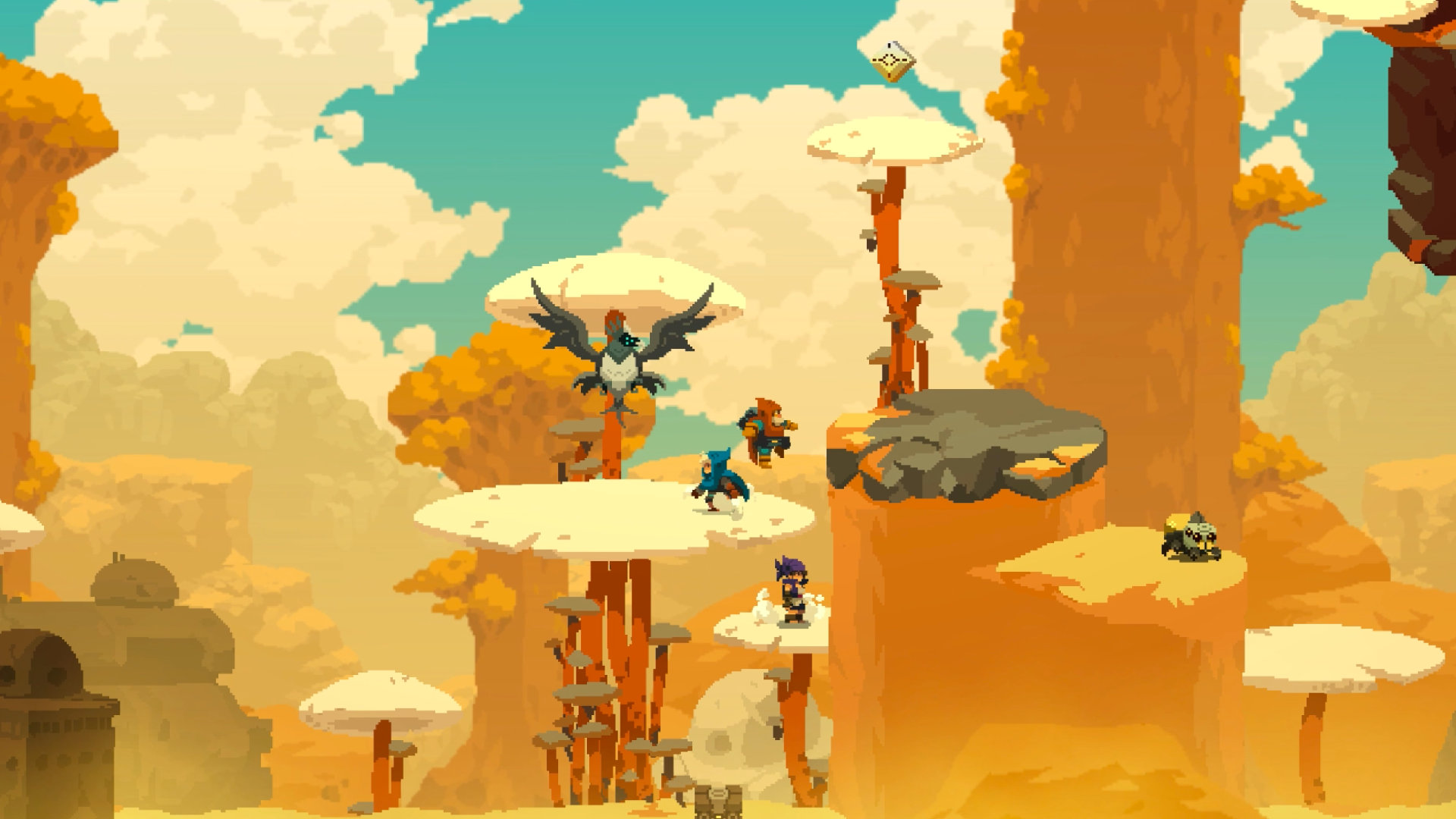 The way upgrades are purchased also feels uneven. There’s no tangible reward for making structures better, as level-ups include nominal stat increases and no visual alterations. Sometimes I found myself upgrading something and saying “I guess?” at the screen. It’s the direct opposite feeling of enhancing weapons, which changes their look, feel, and functionality. I appreciate that once you unlock a character you get their whole building path right away, but those very structures lack meaningful progression.

Barring some unfortunate bugs and one design decision that hampered my experience, Aegis Defenders is a smooth, well-thought-out ride. The original art, charm, and in-game universe only add to it, and I’d love to see more.