A bogus journey to the land of Ooo

Adventure Time is a pretty great cartoon. So, it’s a damn shame that none of its many game adaptations have come close to doing its beautiful world and cleverly written characters justice.

Pirates of the Enchiridion comes close but falls short on the sort of depth you would want out of an RPG set in the land of Ooo. 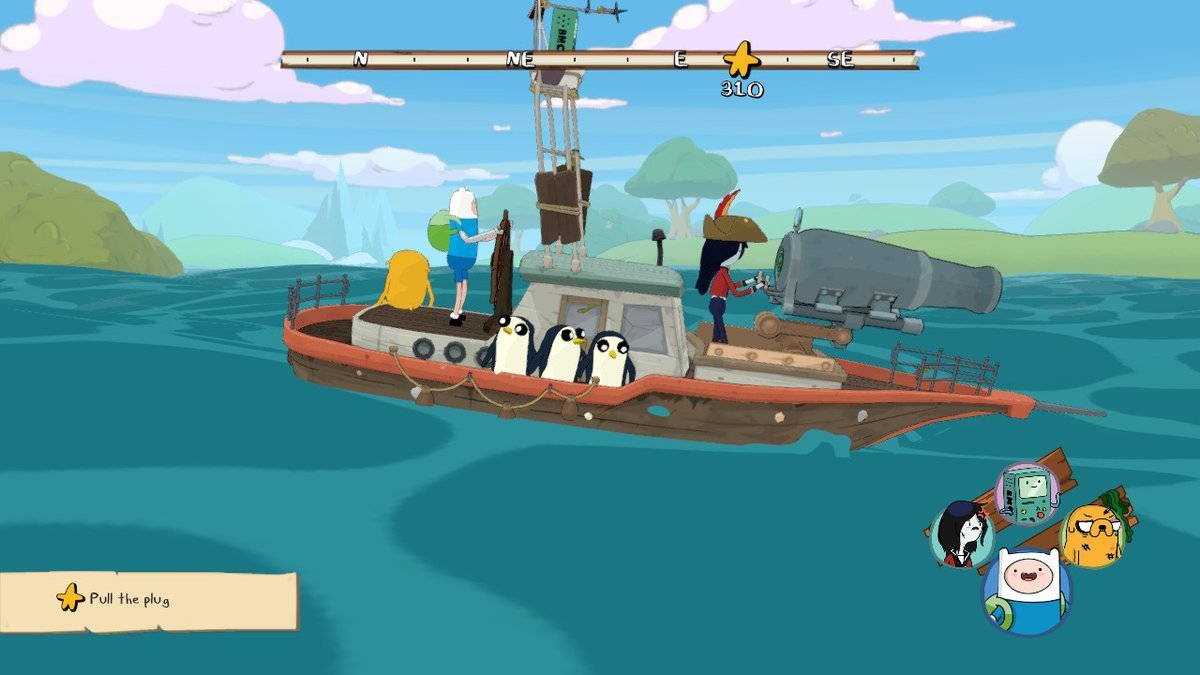 Our adventure opens with Finn and Jake waking up to find themselves floating on the newly created ocean of Ooo. It would seem something went all wonky with Ice King’s crown and now all of the world has been flooded with the liquefied remains of what used to be the Ice Kingdom. Naturally, the guys set sail on a boat named Jeff with the intent of finding out what exactly is going down and restoring the land of Ooo to its former glory.

At first glance, your map of the ocean of Ooo seems vast, but it really just amounts to a whole lot of empty space. The setup gives the impression of a Wind Waker-style world of islands to explore, but you can only moor your boat at specific locations, and each of those islands offers a linear progression that might as well be broken out into separate levels. There are also a few side quests you can find on the map, but they aren’t much more than simple fetch quests.

Turn-based combat is straightforward. You have four characters each with unique abilities and styles. Finn, Jake, and eventually Marceline and BMO join your ranks. Each of the four fills a different role you would expect to find in the party of any role-playing game. Finn functions as your main damage dealer while BMO focuses on healing the party. Each party member also has an ability they can use outside of combat to help traverse the world. Marceline can turn invisible, while Jake can use his shape-shifting powers to grow and lift the party up tall cliffs or across gaps.

While the combat encounters are well designed and can be satisfying when you get into the flow of using everyone’s abilities and special attacks in tandem, they present little challenge, especially once you have access to the full party. There are even multiple special attacks you can unlock for each character by completing side quests or exploring, but I saw little need to go out my way for new skills and stuck with the ones I stumbled across.

Weirdly enough, Pirates of the Enchiridion even features an interrogation mini-game that might actually be less subtle than L.A. Noire. Essentially a brief dialogue exchange will let you know whether to coax the perp with kindness or aggression, leading to a good-cop-bad-cop dynamic between Finn and Jake.

You can upgrade your characters’ stats and abilities using the currency you win in fights and find in breakable objects throughout the environment. Every time a character levels up, they get a new threshold for how much can be spent on increasing things like their attack strength and health pool. The same currency is used to purchase items from the shop. 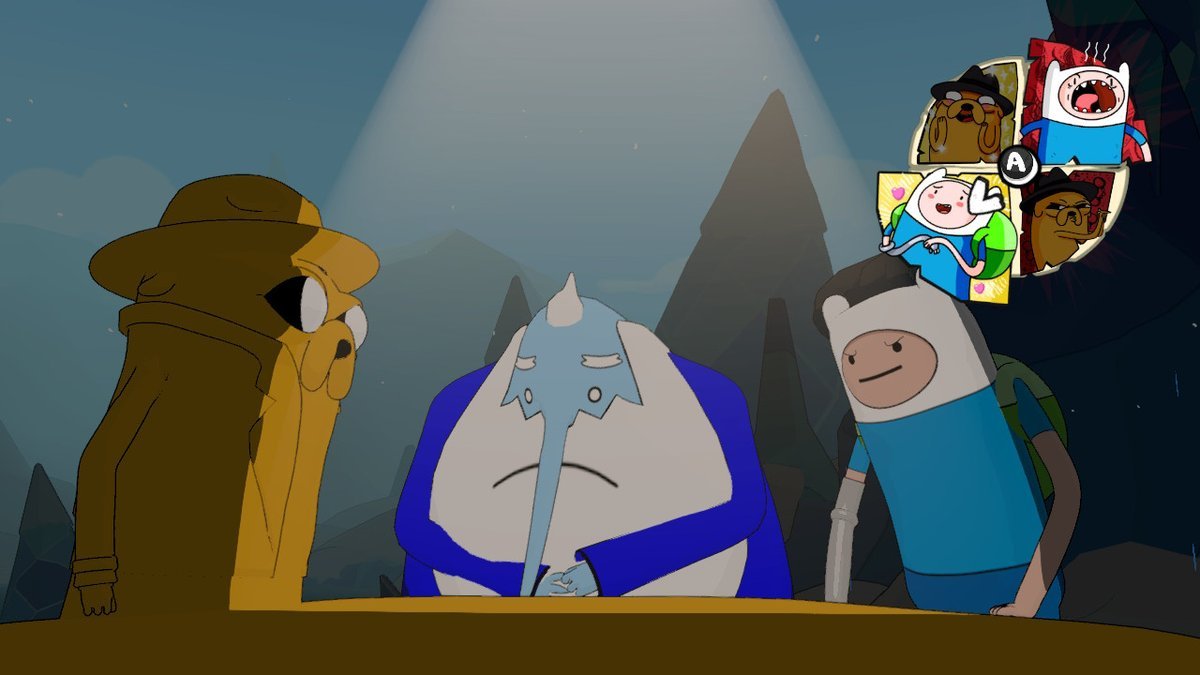 Visually speaking, the look of the cartoon is there, and for the most part the show’s humor bleeds through, but most of the dialogue exchanges are limited to brief bits of exposition save for the sea shanties the group sings while out looking to kick some pirate booty.

On the technical end, the Nintendo Switch version of Pirates of the Enchiridion is sort of a mess. The frame rate would often drop to a snail’s pace when out on the open ocean, and the game crashed no less than seven times during my roughly eight-hour playthrough. A few of those instances happened toward the tail end of some rather lengthy boss fights.

Adventure Time: Pirates of the Enchiridion might be appealing to a younger audience that wants an RPG without too many advance systems to over-complicate things, but if you’re looking for a deep role-playing game set within the land of Ooo, you’ll be sorely disappointed. On top of that, all of the performance issues with the Switch version make it incredibly difficult to recommend.