Going into Action Henk, a time-trial platforming game starring action figures, I expected to grow frustrated. I figured that once the training wheels came off, the challenge would rise to a point where perfection, or something closely resembling it, would be necessary for even a basic bronze-medal victory. I anticipated something akin to RedLynx’s Trials series, I think. But it’s not that! Not really. Silly brain, always trying to needlessly categorize things!

There are bouts of frustration to be sure, but they rarely last long and never burn with the intensity of a thousand suns. While the game is about going fast and maintaining your speed at all times, once you get a sense for Henk’s weight, his movement, and the general flow of obstacles, the challenge feels about right — tricky at times, but never overly harsh.

I’ve got my complaints, and I’ll get to those, but the elusive “game feel” is spot on. It’ll linger in your mind and in your muscles after you’ve stopped physically playing. 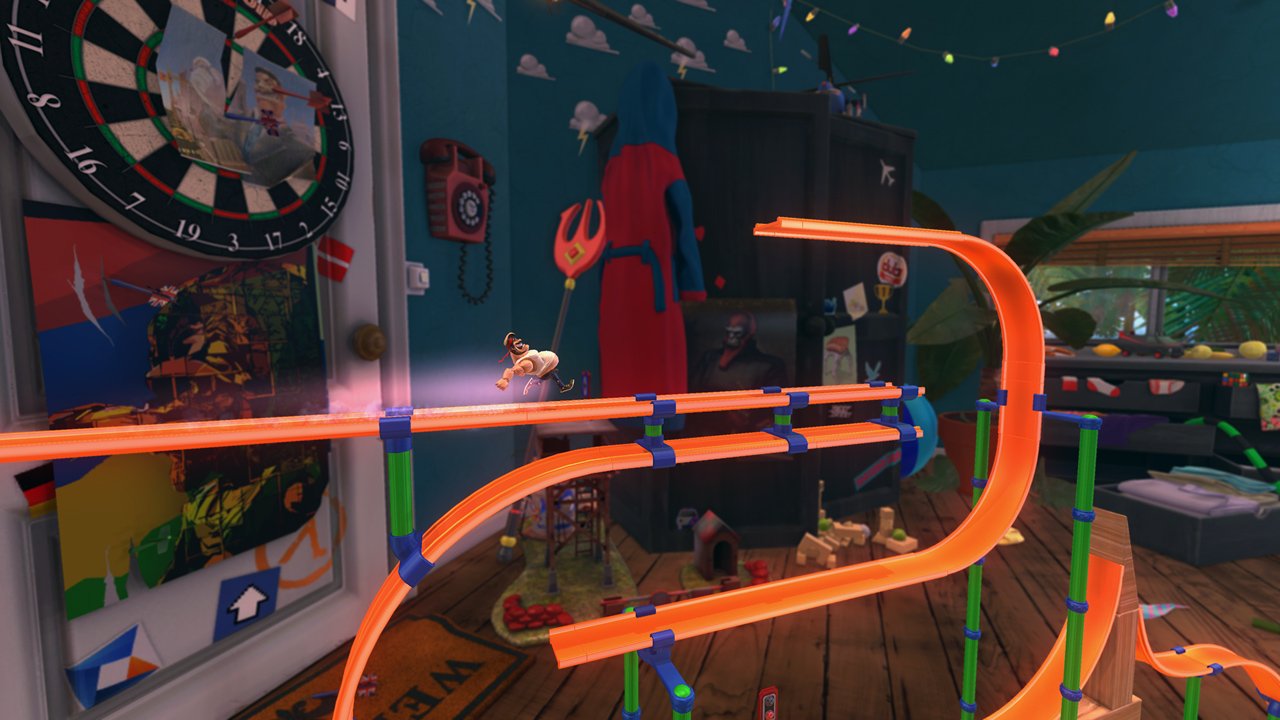 Action Henk, who I desperately want to call Action Hank, is past his prime. He’s a toy, and a middle-aged, beer-bellied one at that. If you played this game back when it was on Steam Early Access, you can dress him up as a certain ring-carrying blue hedgehog. More than just a fun nod, it fits. There are hints of Sonic the Hedgehog in how Henk builds up his speed, how he roars through loops, and also in the chipper, infectious music.

But for as fast as Henk moves, and he is always moving (or you’re messing up), it’s not hard to follow him, and he doesn’t get lost in the chaos. Ghosts are a big help in that regard. Even on your first time through a level, you can race alongside an AI ghost, allowing you to see precisely what it takes to achieve a bronze, silver, or gold medal before executing the winning strategy yourself. This cuts out a fair amount of guesswork and, as a result, unnecessary (see: cheap-feeling) failures.

It’s not just running across wooden blocks and vaulting over the (lava) floor of a messy kid’s bedroom. Crucially, our aging action hero can slide down ramps to pick up extra speed. Knowing precisely when to start and stop sliding makes all the difference on the leaderboards, as those fractions of a second add up rapidly. It’s hard to put into words how enjoyable the movement system is, so I’ll just say this: some 70 levels later, it doesn’t let up. I’m still digging it.

Eventually, Henk comes across a Hookshot, though it’s only usable in select levels. Which makes sense, given that the device demands bigger, more open-ended environments to accommodate its huge range. It fits in so well with the existing physics and feel of Action Henk. Flying off a ramp and firing the shot at the exact right moment to fling Henk directly forward is a never-ending joy. The way the device is introduced partway through the game led me to believe there might be more abilities or items later on but, sadly, there aren’t.

There are more characters to unlock, though. Stages are capped off with a head-to-head race against another toy — beat them, and they’ll join your side. By earning every gold medal for a stage, you’ll unlock a coin collection level. These are more compact than the standard fare but they’re also less linear. The challenge is primarily in figuring out the best possible route to grab every coin within the time limit. Clear these levels, and you’ll earn a new character skin (including one reminiscent of Michael Jackson from “Thriller”). Even if I didn’t have the goofy Sonic outfit for Henk, I probably would’ve stuck with him anyway. I found most of the other characters grotesque. 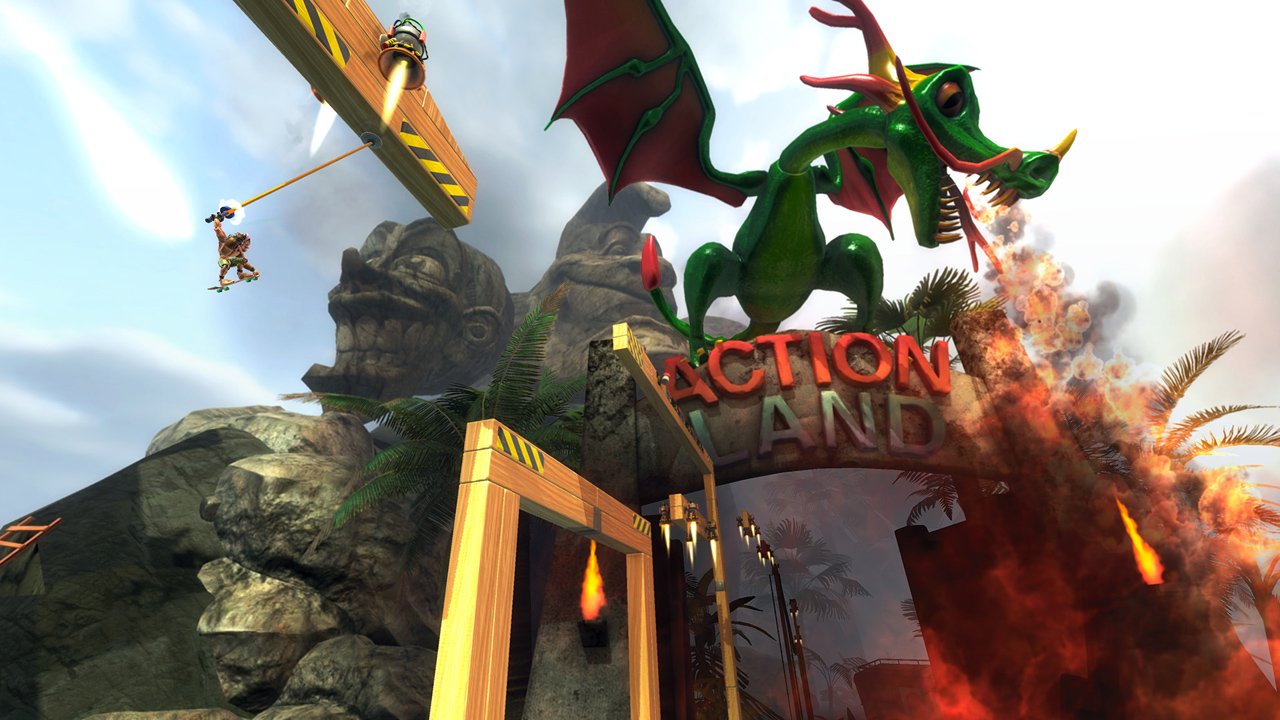 Besides racing against AI and player ghosts, there’s also a separate multiplayer mode complete with a chat room. Here, you’re competing against other people in real time. You can redo the course as often as you’d like until you’re satisfied with your score or the clock runs out. While it’s the same old levels from single-player, there’s a greater sense of urgency and competition.

Finally, there’s a level builder with Steam Workshop support. The editor is quick and intuitive to use thanks in large part to the simplicity of the user interface and building blocks. Just drag, drop, copy, and paste pieces onto the screen until you’ve cobbled together an obstacle course. It’s that straightforward. Making something worth sharing will take more time, of course.

Barring the final, post-credits set of levels — which is absolutely brutal — it shouldn’t take more than a few hours to get through Action Henk with decent rankings. Although the game doesn’t outstay its welcome, that can be difficult to appreciate. I was left wanting more, particularly in terms of level variety, but the essence of the game is great.