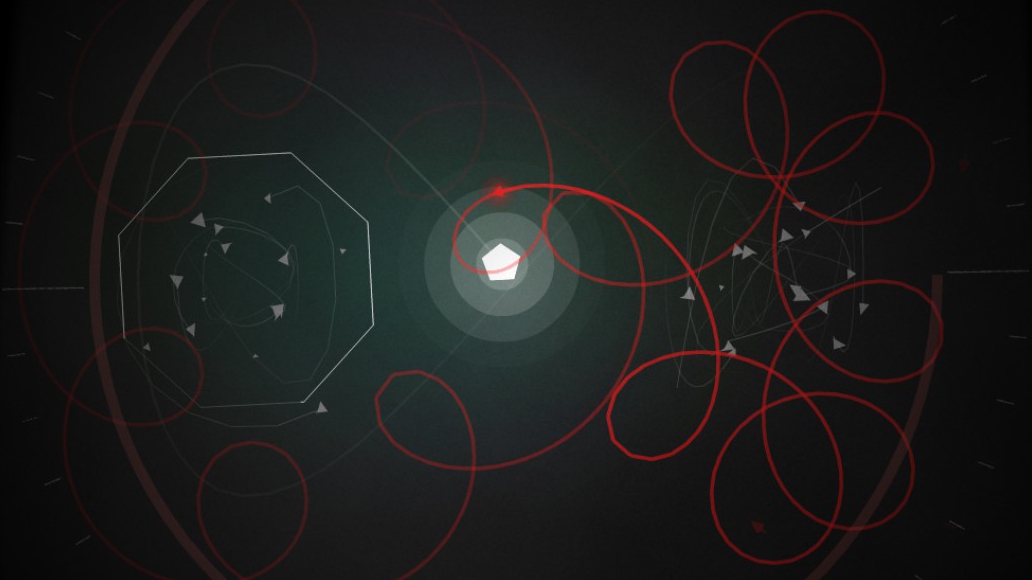 A lot of ideas come out of the 48-hour game jam Ludum Dare, but only a small handful of them gain any appreciable notoriety past that. Every now and then a submission will get enough attention that its creators decide to develop the idea further. Born from Ludum Dare 28 with the theme of “You only get one,” 0rbitalis is one such title.

After spending some time with 0rbitalis, it’s easy to see why it struck a chord with so many, even in its prototype state. It is built around a single simple idea: assign a launch vector to a satellite probe, hit the button, and watch as gravity does its thing and the probe usually careens into a star. Despite that simplicity, it explores the idea from several angles and never stays on one variation for too long. Not only does it test the player’s understanding of gravitation and planetary motion, it’s also just mesmerizing to watch.

0rbitalis starts off with a simple goal: keep the probe from hitting a star or a planet for a set period of time. Generally, this can be achieved by finding just the right launch conditions to get the missile into a stable orbit. Soon after teaching that basic rule of thumb, it puts out levels in which stability is impossible and the surest course can be one with dangerous fly-bys and slingshot maneuvers, smashing into the surface of a star just moments after the timer runs down.

That’s just the first set of levels. Each set has only about five levels in it, with a progression that goes from introduction to experimentation to display of mastery quickly. Some levels can take a lot of time to complete as a result of their difficulty, but pacing is fast in terms of the number of conceptual tweaks. Long before a single idea feels played out, the next one is ushered in.

These ideas can sound mundane, like having planets move along fixed paths, or they can sound fantastical, like anti-stars made of antimatter that produce antigravity fields. Either way, they bring something new to puzzle over. Other notable tweaks featured in certain level sets are pulsars whose gravitational pulls are variable over time, multiple star systems, and multiple rockets launching simultaneously from different locations.

One major gameplay tweak comes with a total shift in goals. In certain levels there is a demarcated zone and the object is to spend a certain amount of time in the zone. Rather than surviving for as long as possible, the goal is to finish as quickly as possible. Instead of searching for a smooth orbit, the ideal solution often involves a high-power shot meant to break free and end once it has achieved its purpose.

Personally, I prefer the more relaxed feel of the “survive as long as possible” levels. Since player interaction ends at the moment of the launch, there is a fair amount of downtime when the player isn’t strictly doing anything other than watching the probe and predicting its path.

That aspect in itself is almost a zen experience. With a mellow atmospheric music backing and a film grain filter over the simple geometric shapes, it’s easy to be lulled into an almost catatonic state. I sat around just watching one orbit for about five minutes and it felt like it was only about thirty seconds.

The visual effects work toward this as well. The subtle glow of space debris is calming, but the most striking effect is the trail following the probe. It fades slowly, so a long run over an interesting path creates an image reminiscent of those produced by a Spirograph. 0rbitalis has built-in screenshot functionality (in addition to Steam’s), presumably because a good shot can result in some beautiful minimalist art.

On the surface, 0rbitalis is a competent puzzle game with a simple central mechanic. It explores many facets with modifications and additions to that mechanic, and each new idea changes up gameplay enough that it never feels like its retreading ground. That’s how one could describe 0rbitalis, but that doesn’t really convey it.

Finding the right groove and reaching a hypnotic state, that’s 0rbitalis at its best. Fire a shot, have it smash into an asteroid. Fire another, have it slingshot off into deep space. Fire another, then contemplate the nature of the universe as it bends and loops around for minutes at a time, leaving behind a trail of where it has been.