Horror games are rather scarce these days, particularly on consoles, which are devoid of creeptastic, pants-wetting indie jaunts like Amnesia: The Dark Descent, Slender, or Lone Survivor. It doesn’t help that the heavyweights that exist close to horror seem to be pushing in a much less spooky direction. Dead Space 2’s tension seemed undercut in the second half, while the latest installment is adding potentially atmosphere-killing co-op and so far seems more about set pieces and gore. Resident Evil 6 looks like Capcom found a way to make Resident Evil 5 even worse; more messy and unfocused.

That being said, perhaps not all is lost. I tried my best to avoid the lengthy Wii U lines of E3, so last week was my first hands-on time with ZombiU. What I played was damn fine survival horror as reminiscent of Demon’s Souls as any zombie property you want to tie it to. I never had more than seven bullets at a time (Damn your strict gun control, UK!), ran away a lot, and died a lot. Encountering a mere three zombies at once wrecked my day. 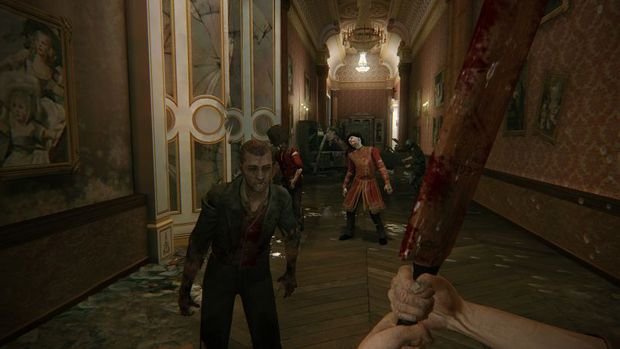 ZombiU got a lot of hullabaloo during E3, mostly for being a first-person shooter, rated M, and on a Nintendo console all at the same time. Of course, there are too many games out there that let me wantonly shoot things, though the Wii U might be presently free of them; that’s why I was glad to find ZombiU is more than a twitch shooter zombie killfest.

You play as a survivor (duh); or, rather, as many as you need to. It’s laid out like a relay race. If you die or get bitten, you take on control of a new survivor from a checkpoint. That’s right. You get bit; you turn (unless you happen to be carrying a one-use hypodermic needle filled with some sort of brief “zombie-away”). You get grabbed, you get bit. There’s a novel enough concept.

Progress you’ve made carries over, though any inventory you’ve stockpiled will remain on the reanimated, shambling corpse of your previous surrogate, so you’ll want to go kill past incarnations of yourself to wash away the shame of failure and regain all that fat loot.

The lack of a centric protagonist manages to work within the confines of the story as it’s been revealed thus far. Aside from simply trying to survive as you scamper about London, you’re both trying to stop the infection and trying to extricate yourself from that horrible city. During my hands-on, I was helping a scientist working from the notes of the actually-once-existent historical figure John Dee (who in this fiction managed to predict a zombie apocalypse; good on him).

I even saw an in-game portrait of the bloke in a particularly posh mansion house I was scouring. Dee was into alchemy and is hypothesized to have been an inspiration for Prospero in Shakespeare’s brilliant The Tempest, which ups his hipness factor considerably (Prospero is super fly), so we might get some cool, silly occult juices wrung out of the plot yet. 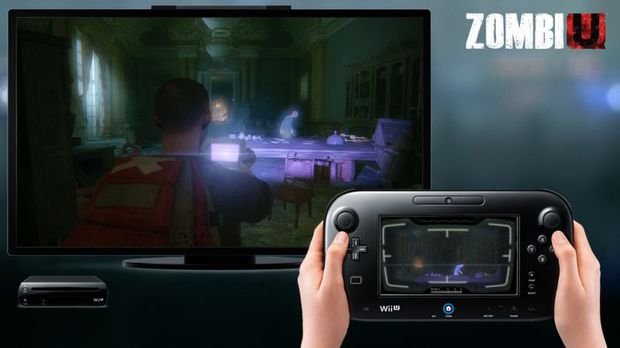 The Wii U controller capabilities exercised by ZombiU are bound to strike some people as gimmickry. The biggest feature is a scanner operated by holding the scan button and then moving the controller around, looking at the environment on the small screen in a sort of detective mode. Doing so shows little glints of interest — a box containing something, the pockets of a recently re-deaded undead, and so on — which can be analyzed by scanning.

It’s a good way to keep you from having to shove your first-person perspective into every nook and cranny of levels to ensure you’re not missing important scavenge, and it also lends to tension in a questionable manner by leaving you vulnerable. In the scanner mode, the main display pulls out to third person, requiring you to pay attention to both your scanner for pillaging purposes and your screen for not-getting-eaten-by-zombies purposes. It does break immersion a bit, but it also brings tension.

Dealing with your inventory is equally dangerous. You have limited space in your backpack and each time you want to go in it, your survivor will take it off, put it on the floor and unzip it, at which point you can deal with your inventory on the Wii U controller’s touch screen (while, again, watching your crouched character’s surroundings in third person on your TV).

Looting things also requires you to drag things into your backpack using the touch screen, while you can drag weapons or health packs into tap-accessible quick select slots. While you’re running about per normal, the tiny screen acts as your map, marking both the location of zombies (save for certain ones that will crop up unexpectedly), as well as your past survivor, if applicable.

I felt the character movement was a smidge lethargic, which I’m sure can be addressed in settings; otherwise, the rest of the game plays just like your average first-person shooter does, though there’s also a useful shove mechanic for pushing zombies out of your grill. My main weapon of choice was a cricket bat (there are also Buckingham palace guard zombies, hah), which I bashed many a zombie skull in with. When I could find the ammo, I was happy to use a pistol, as well as an old-school, bolt-action rifle. Unless you’re shooting them at close range, most of the zombies seemed to take two shots to the head — the first merely fractured their skulls, exposing and splattering brain matter — so the aforementioned seven bullets I had didn’t last all that long. 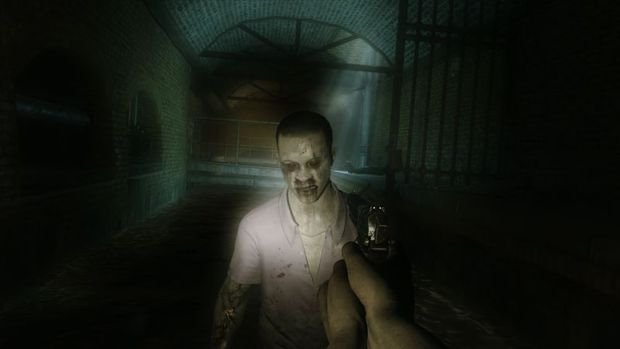 I also came across a few surprising items that I didn’t get a chance to use, like a mine and a crossbow, which were inexplicably strewn about (though in small numbers; one mine and the crossbow was in a hidden passageway). I mostly didn’t get to use them because I got myself in terrible zombie situations, like having a spitter projectile vomiting at me while two more swarmed me. Yes, three zombies is a swarm in this game.

At one point, I was moving along at a steady clip when I look at my map, Aliens style, to find a group of three zombies crawling out from under a boarded up doorway I thought was secure. I tried to get in position to fight them, but I embarrassingly overthrew my Molotov cocktail and only managed to kill one with my pistol before another sunk his teeth into my nice, juicy neck meat.

I love the deliberate, survivalist pace of what I’ve played of ZombiU thus far. When my most productive survivor up to that point became zombie chow and the stat screen told me I had kept him alive for a mere ten minutes, I was surprised by how much longer it felt.

Fighting your way through zombies is not easy. You have to strategize, manage your resources and know when to book it so you don’t get overwhelmed. Good luck to all the loons who are going to try and go through the entire game with the same survivor; hat’s off to you.