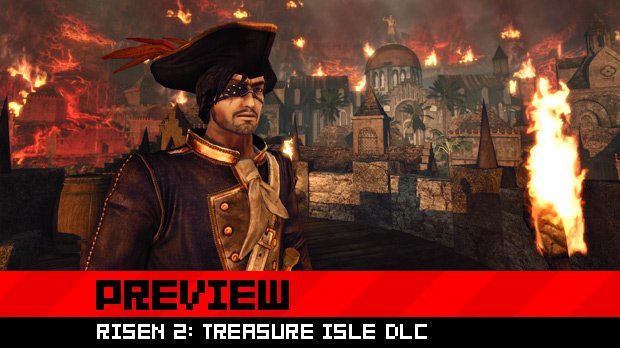 “Aaaargh!” is an exclamation often associated with pre-order and “day one” bonus downloadable content. You end up with an extra character, skin, or a weapon or two, often followed by Internet outcry when some of that content appears to be on the disc.

In the case of Risen 2: Dark Waters, however, pre-ordering nets you the Treasure Isle DLC quest line which is said to feature a whopping five hours of extra content. I had some hands-on time with it the other day to gauge what’s on offer, and from what I’ve seen it looks hard to arrrrgue against it if you’re fan of Risen or pirates. 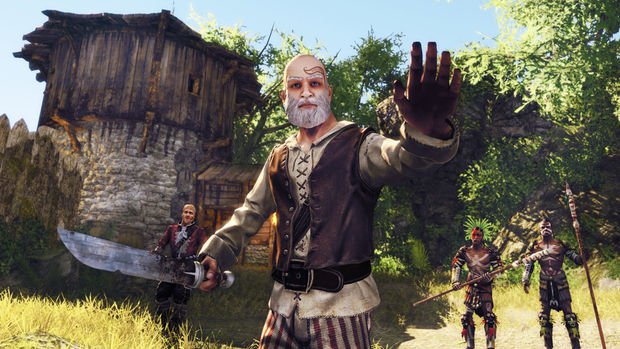 Treasure Isle offers the chance to hunt down the lost treasure of Captain Steelbeard, who left clues to its hidden location in his diary. The problem is, Steelbeard’s diary is missing some pages, and Risen 2 being an RPG, you’ll have to traverse the world to find them first.

Rather than simply adding another island to the game for a self-contained quest, Treasure Isle‘s quest line integrates itself into the main game, for the most part. Clues are found on islands you can visit throughout the game proper, and you’ll only need the DLC to find them. Because of Risen 2‘s open world nature, you can always go back to these locations later on if you want to pursue the quest line and search for clues at another time. 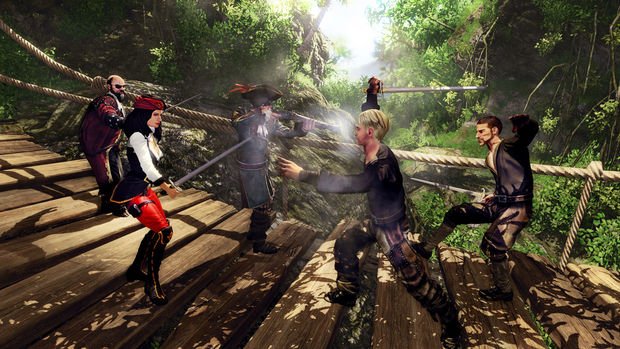 The search for each clue involves a sub-quest, complete with dialogue, walking around, and hacking and slashing your way through scurvy dogs (and gorillas). After spending about half an hour with one of these sub-quests while getting the hang of the controls, these quests appeared to be pretty fleshed out and far from a throwaway last-minute addition. If you’ve played any sidequest in a Western RPG like Fallout 3 or The Elder Scrolls: Skyrim in recent years, you probably know what to expect.

Once you finally make your way to the eponymous island of treasure, the diary pages you’ve found throughout the quest line also offer tips for how to survive the traps that were left behind to keep unworthy landlubbers away. The diary is essentially a treasure map idea in book form, which makes you feel a bit like Dr. Jones figuring out the traps guarding the Holy Grail in The Last Crusade.

At one point the effect of dialogue and choice in Risen 2 presented itself at an ancient temple, where the guardian of a shiny object offers you a choice. You can listen and offer to help this guardian in return for the artifact, opening up yet another quest in the process, or you can just ignore him, yank the artifact and make a run for it. Doing the latter unleashes all kinds of undead horrors as you try to escape and find your way back to the light of day, but that’s the pirate life for you. 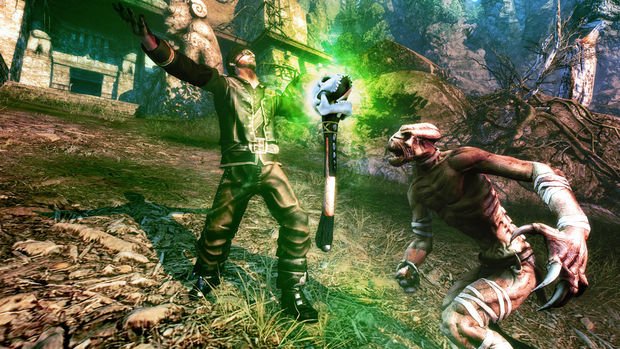 Treasure Isle‘s boast of containing about 5 hours of content is quite a large one, but it’s not hard to believe you’ll end up spending that amount of time with it. Travelling the world to find all the diary pages looked like it would be of the same quality as the main game, and the amount of exploration, dialogue, and action for all the sub-quests that make up the quest for Steelbeard’s treasure should make for a lengthy adventure.

It looked like Piranha Bytes wanted to offer their fans a little something extra, and perhaps ended up with a lot more than they planned for, but it felt like the DLC won’t detract from the main game while simultaneously offering more things to do and more jungles to explore. 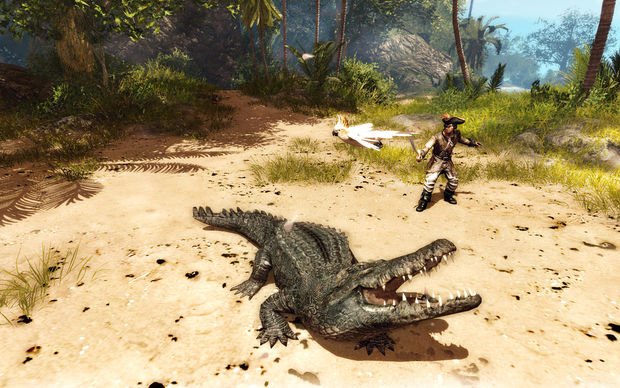 As for the main game, I was pleasantly surprised with how good it looked and how far Piranha Bytes has come since showing it at gamescom last year. It felt like a proper pirate adventure set in the wilderness of mostly unexplored islands, with a well-executed atmosphere adding to the joyful sense of exploration. Playing a PC build with an Xbox 360 controller, it was easy enough to get into it without having played the original Risen on either platform, and the UI and inventory management seemed fitting for console play without being overly simplified for the PC crowd. Plus, you can use parrots to distract enemies in encounters, or use a little monkey to scout ahead and enter small spaces.

Since some of you were wondering about it in previous Risen 2 posts, I asked Deep Silver why the protagonist wears his eye patch the way he does; the strap going over the nose and under his ear. While it was mostly a decision of art direction to make it like that, in the game itself you’ll notice that the protagonist actually has multiple straps that bind the eye patch to his head. You don’t want to lose it in combat, after all. So, that’s another one of life’s mystery’s solved!

The Treasure Isle DLC will be available to anyone who pre-orders the game, regardless of region and platform. For once, Europe doesn’t get the shaft.