What do you do when walls don’t matter? This was a question posed by the developers of the upcoming game Warp. The team at Trapdoor started working on the mechanics first by toying with teleporting through walls and into objects. Now they are working on balancing out the rest of the powers in the game. It looks like it is coming together flawlessly. This game was shown earlier at PAX this year and the polish is beginning to show.

Warp is a stealth action game where you play the part of Zero, an alien captured by evil human scientists and forced to perform tests in their underwater laboratory. I fell instantly in love with Zero; he is a cute, translucent creature similar to a walking bunny made of jelly. In the first part of the demo, I felt an instant emotional attachment to Zero as the human scientists forced him to run through a maze the whole time with his ears drooped and his posture slouching to suggest sadness.

In the middle of one of the tests, another captured creature communicates with him telepathically to help him along the way so that Zero can save both of them from the clutches of the evil human race.

In the spirit of other action/stealth games, you try to use the tools at your disposal to get by the guards and reach your objectives within the level. In this demo, you are able to play in a variety of different ways which can fit many different play styles. For example, you can play the game entirely in a stealth way and just use your alien powers to get by guards and traps or you can play aggressively and teleport into your enemies to cause a little bit of bodily explosions. OK, it’s a gruesome depiction of what would happen in the movie Aliens if the alien in the person’s body was ten times larger. There were lots of meaty bits flying around afterwords. If you are not careful, more soldiers will arrive to help put you out of your misery. 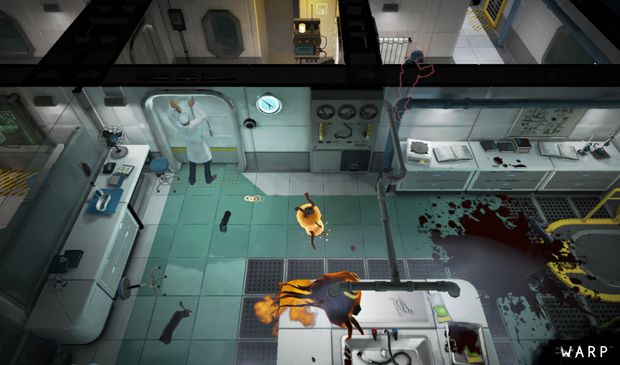 Teleportation is just one of the powers that the team was able to show at the demonstration. This power will let you travel through thin walls, into barrels, people, and turrets. While you are inside one of these objects, it is up to you on how to proceed next. Do you blow up the whole thing, or do you sneak around waiting for a guard to pass by? In most cases, there is no incorrect answer, which adds to the fun factor of the game.

In addition to the warp power, there is another power called echo that Zero can use to create a ghost of itself and have that figure walk through walls to distract any onlookers that might be in the way of your intended route. This was seen where a soldier was in an adjacent room looking straight at the door that you are behind. Zero was able to create his echo and have it go into the room to draw the soldier away from the door and allow the real Zero to run past the soldier and into the next area. 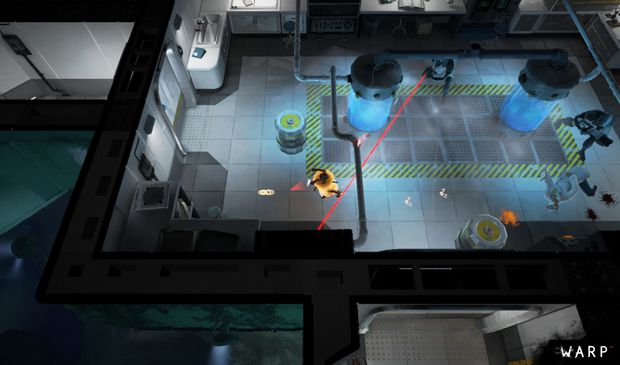 There are also four other powers — to be announced at a later date — that will be available in the full version of the game. Each power in this game will be able to upgrade through the use of grubs which are the in game currency that you can spend to do things like make your warping silent of create multiple echos.

As for multiplayer, there have been no announcements regarding co-op. However, there will be the addition of challenge rooms where you compete against your friends to see who can earn the best time.

Warp feels new to me, even though it could be compared to a very Solid action stealth game, but in the demo, it almost felt a little like a puzzle game with each room being a challenge in and of itself.

In the short time that I spent with it, I found it to be a fun snapshot of what is to come in a couple of months. With the abundance of downloadable games that are available and are still being created, let’s just hope that the final version will be as promising as the demo.