Trials HD caught me completely by surprise. It released during Microsoft’s Summer of Arcade promotion in 2009, and it took a distant third place among those games as far as my hype level goes. In fact, were it not for constant recommendations from our own Jordan Devore, I probably would have obtained only ‘Splosion Man and Shadow Complex, without even giving a second thought to Trials HD.

In hindsight, perhaps I would have been better off without ever being introduced to the black-tar heroin that is Trials. There’s no turning back at this point, but now that Trials will have multiplayer, I can at least drag three other people with me in my downward spiral of punishingly difficult motorcycle platform/racing. 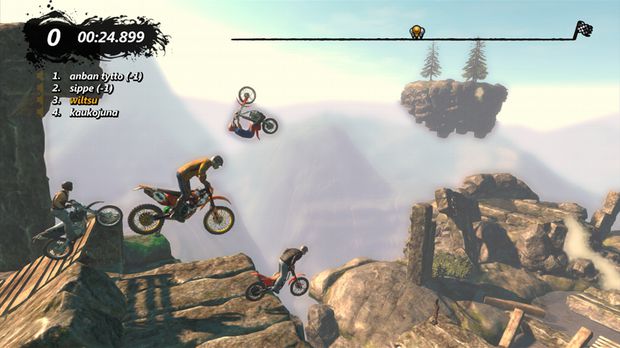 For the uninitiated, Trials has a pretty simple premise. Players ride on motorcycles with the ability to accelerate, brake, and lean forward or backward. While it sounds shallow, it takes a good amount of practice to get a good feel for velocity and weight distribution, and it ends up being incredibly deep, largely due to varied level design.

Therein is one of the biggest improvements in Evolution. Where Trials HD took place entirely inside of a drab warehouse, Evolution opens up to an impressive variety of environments. Players can race across dirt tracks, beaches, jungles, and of course, absurdly dangerous man-made constructions. While the diversity in environments doesn’t have any groundbreaking impact on gameplay, it’s refreshing to finally see the outside of the warehouse.

The result is a much more skill-based affair, which might not necessarily translate to great pick-up-and-play party gaming. Where MotoHeroz had rubber banding built into the courses, Trials Evolution keeps less skilled players on screen by spawning them at checkpoints should they crash or fall too far behind. A point penalty is given, but it introduces an element of strategy to the races. Racers can play it safe and drive slowly or be more reckless and hope for a first place finish. When racing against others, I found myself pushing my bike harder than I normally would so I could maintain a lead. As could be expected, this usually led to hilarious crashes.

One last element of strategy added to the multiplayer is the ability to complete a track without a motorcycle. Bailing has always been an option in Trials, and it was used in some of the minigames in HD in order to get one final push for a high score. In Evolution‘s multiplayer, it is used to the same effect. Players can explode off their motorcycles for a high-speed push toward the checkered flag, but by doing so, they run the risk of falling short and not finishing the race at all. It almost becomes a tactical mind game, where each player wants to bail earlier than the others, but not so early that he kill his chances. The ragdoll physics make an opponent’s body slumped just a few feet in front of the finish line even more satisfying. 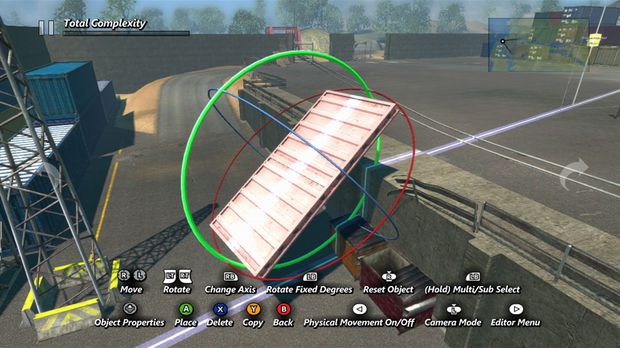 Included in Trials Evolution is a pretty robust looking level editor, so there will likely be an incredible amount of content to enjoy.

There’s really not much more to say about Trials Evolution. There will be new, presumably ridiculous minigames to play around with, but at its heart, this is more Trials. And for fans of the series, that’s really all it needs to be. Trials Evolution releases this week on Xbox Live Arcade.