Oh, right. It’s pronounced ‘Ecks-illy-uh.’ I was wondering, too.

At the advent of Namco Bandai’s press event last week, we were treated to a cozy little presentation, the highlight of which was Tales of Xillia producer Hideo Baba talking a bit about the new game, through a translator, and then showing off . This was mainly the highlight because of Baba’s meticulously maintained hair, earnest smile, and plushy he carried around with him throughout the afternoon, but the bits with videogames were definitely a part, too.

Tales of Xillia came out in Japan in fall of 2011. Its sequel came out in November of last year. So we’re a little behind the curve, us folks stationed in other parts of the world. Still, there were some who didn’t even expect Xillia to leave Japan, yet last week I played an English build of what is the thirteenth iteration of the venerable Tales series 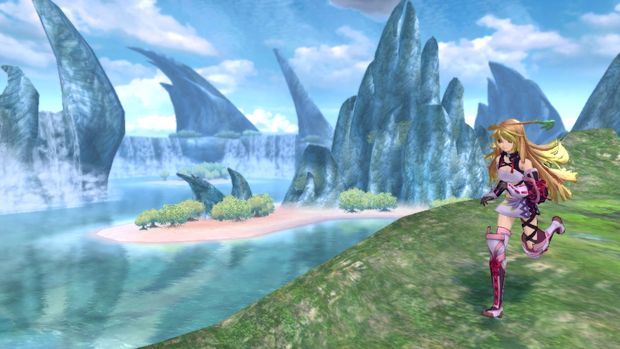 I was a bit surprised by just how familiar Xillia felt. I’ve not invested any substantial amount of time into a Tales game since Tales of Symphonia, but the action-based battle system felt eerily similar. Of course, undoubtedly I’ve missed nuances and wrinkles in the interim, a more recent one of which differentiates Xillia’s combat from past iterations in the series. The ability to link up with a party member on the fly — the two remaining, AI-controlled allies will automatically pair off with one another — adds the potential for massive damage and extended combos.

A simple press of the trigger at the behest of an on-screen prompt launches you into some cool cooperative moves and each pairing has different special Artes, like the possibility of instantly reviving a downed partner. Meanwhile, the standard, fast-paced Tales battle system remains present. You beat up on various fantasy creatures using Artes with cool special effects, or regular attacks. The hands-on portion of Xillia was restricted to flitting about a rather plain, woodsy area, testing out the combat system on enemies that I had a clear competitive advantage over. A few times my foes fell before I could test out my link Artes.

So, the combat is Tales-esque, as to be expected, but there are a few more curveballs. To begin, Xillia features two main characters — a male and a female — from different character designers in the series. Adding to this duality is a world which spirits and humans cohabitate, which is reflected in other aesthetic elements with high contrast and the like. There’s also a concerted move away from chibi characters; the bits we were shown had a hint more realism to go along with the behind-the-back, 360-degree camera movement. 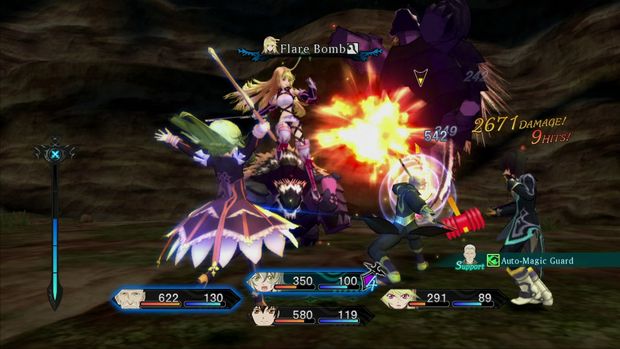 Supposedly, the two main characters are meant to add replay value, allowing you to play through the story again, but from a different perspective. In the case of Milla, the 20-year-old female main character, it’s supposedly the perspective of “a strong female character with really strong convictions,” whatever that might mean. In the video shown where the two main characters first cross paths, she was icy as heck towards Jude, her counterpart, so maybe that’s what it means?

The phrase “strong female character” is so vacuous that it doesn’t conjure much beyond flat archetypes and I’m not quite sure how her presence is something new and out of the team’s comfort zone, as was suggested, but we can only hope the stories and characters are good because that’s a bit of a necessary portion for JRPGs to knock out of the park.

Otherwise, I have nothing new to report. Demos of JRPGs are inherently weird. The build was probably over-leveled for the area I was in, and even so, it was sort of early on in the game and the arsenal was a bit wanting; all there was to check out, hands-on, was the cool linking effects and animations. Here’s hoping the narrative pans out. Oh, and if it sells well, there’s a good chance Xillia 2 will make its way over. Eventually.