The original Risen was pretty well-received when it came to the PC version. The Xbox 360 port? Not so much. Piranha Bytes is well aware of that, so it is developing the PC and console versions of Risen 2 side by side this time around.

The sequel is a full-on pirate role-playing game with pirate-y things everywhere, but it features the same protagonist from the first game. Risen 2‘s world is still the same as the first one, but set in the southwest region where a tropical climate holds sway over the coastal lands and islands that dot the map. 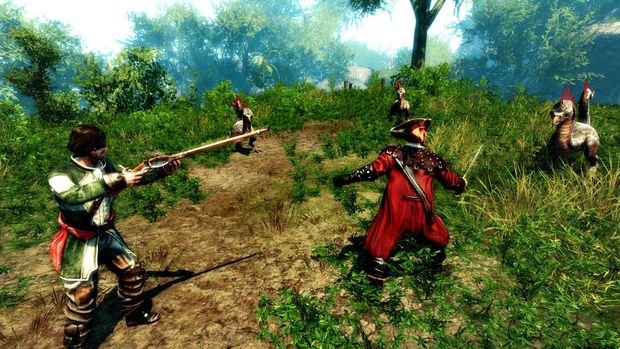 Following the events in Risen, you are an Inquisitor soldier who goes undercover as a pirate, only to become disillusioned with the Inquisition and subsequently fall in love with the pirate lifestyle.

Accompanied by the pirate wench Patty, who was a side character in Risen, you start your adventure proper at the island town of Puerto Sacarico. The island is one of many in the game, and while slavery is accepted and everyone is either a landlubber or a scallywag, the society there still has its own structure and rules.

Going around the island, talking to NPCs and doing quests, you slowly progress towards the goal of finding Patty’s father, a pirate captain named Steelbeard who left her behind when she was but a child. After father and daughter are reunited in a true pirate fashion, your protagonist is accepted as a crew member on Steelbeard’s ship. 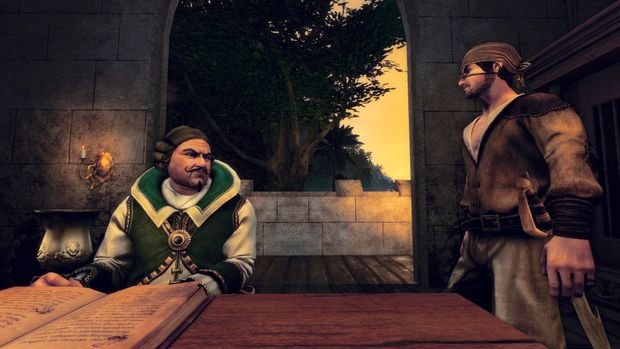 Since the Risen games are about player freedom, the skill and leveling system from the first game makes a return in Risen 2. You’ll slash, block, and kick enemies in melee combat, or throw magical javelins at giant monsters. This time around, you’ll also be able to wield firearms to blast your foes to smithereens.

The pirate theme goes all the way to the RPG elements in Risen 2. Some offensive and defensive skills can only be unlocked by fulfilling quests for certain characters, who will then let you train with them. For instance, you can learn the “Silver Tongue” perk (a Persuasion skill) from a whore and pickpocketing from a scallywag. Animals are useful, too — you can transform into a monkey, or even throw your parrot companion at enemies.

While the first game was set on one big island, the sequel now features multiple islands and shoreline areas to quest on. You can use instant transport methods to get around an island, but when travelling between islands, you’ll have to take your pirate ship. 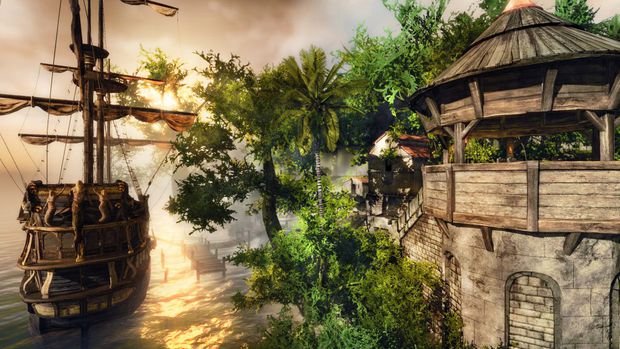 Your ship isn’t just a mode of transport, though; it also acts as a hub for a melting pot of creatures and companions. One of the criticisms of Risen was that characters popped in and out of the story without making the player feel like there was a lot of cohesion and progression in his path. Piranha Bytes wanted to remedy that by making such characters become a part of your life on the ship.

You’ll still insta-travel between islands, however, so there is no naval combat between pirate ships as Piranha Bytes feels that plenty of other games do that already and the focus for Risen 2 isn’t on the elements of those kinds of games.

The morality system works along the lines of player freedom, allowing you to make choices in the dialogue and quests. Unlike games like Mass Effect, pissing people off royally will make it really, really hard to complete your quests, since everyone will hate you and attack you.

With a larger area, 33% more quests, and a ton of pirate stuff to mess around with, Risen 2 looks like it’s shaping up to be a great and pure pirate RPG for fans of both pirates and Risen, or haters of ninjas. Even for console owners, Risen 2 could be worth keeping an eye on.