Red Orchestra 2: Heroes of Stalingrad is all about bloody and massive 64-player battles set in the Eastern front of World War II. It’s a refreshing blend of simulation and fun gameplay that should be a good change of pace from the generic modern-day shooters that currently dominate the market.

This preview is only for the multiplayer portion of the game. Honestly, it’s good enough on its own to make this one a definite buy. The single-player will just be icing on the cake. 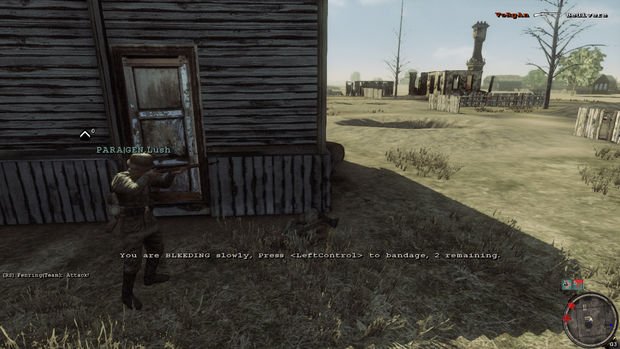 Red Orchestra 2 is the thinking man’s shooter. This doesn’t mean that it’s boring or slow, it just means that it’s probably not the type of game that the frat boys are going to be playing on a Friday night.

It’s not about your kill/death ratio, as you will die a lot, no matter how good of a player you are. The only way to not die is to hide in a corner, and you’ll still probably die; this game is a glorious slaughter fest. The only way to capture a point is to have more people in the area than the other team. Most of the points are defensible positions, so don’t expect it to be easy. A squad commander will toss down some smoke grenades, and then a dozen riflemen will charge at the enemies’ position.

Most of them will die with fantastic death animations and gore. A few will make it, and hopefully survive long enough for more troops to reach the point. The pacing changes constantly. One moment, you’re running in the open with ten guys towards a machine gun nest, desperately hoping you don’t all die, and the next moment you’re in a building trying to sneak up on a lone enemy soldier. It’s a frantic and bloody good time.

The first-person cover system means that you can’t tell what’s going on around you as well. You have a very limited field-of-view while in cover, but this makes things more realistic and balanced. Defenders might not be as easy to shoot, but they can’t really shoot at you unless they poke their heads up. Pressing left-ctrl makes you stick to the closet available cover and when you right click to aim, you’ll poke your head up to shoot. If you’re afraid of getting your head blown off, you can shoot without aiming from cover. This might not be the best way to kill your enemies, but you can get lucky. Moving away from cover simply requires you to walk backwards. 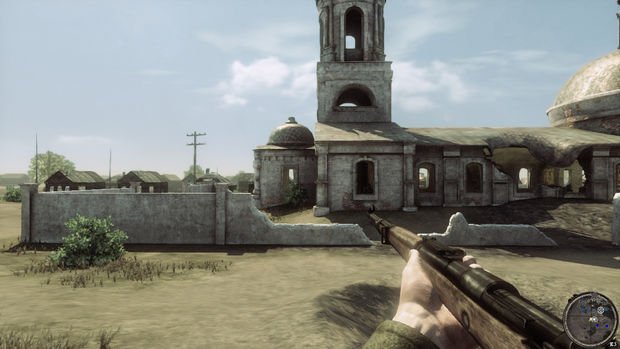 Every player takes on a role each match, and it’s more than just a class. Squad leaders pick objectives, commanders call in artillery support, riflemen charge on the front line, machine gunners hold off defensive choke points, and everyone has to work together as a team or you will all die. There is a limited amount of each class that can join depending on how many people are playing. So you don’t have to worry about a team of 32 snipers or tank commanders. You have to perform the function of your role if you want to get any type of points or even hope to win the match. If your team has a lousy Commander, you can vote them — or anyone, for that matter — off of a given role.

You gain levels with each role that you play, and you can also gain levels with all of the different types of weapons. From what I’ve seen so far, it’s not as radical as the leveling found in other shooters. You have to actually play well, too. You can’t just sit around in matches and gain experience; you have to help capture points and kill people. Players shouldn’t have to worry about a level 50 kicking their asses all day just because he put in 500 hours and as a result has a better gun.

In a World War II shooter, you are going to be using a lot of rifles, and nothing sucks more than a bad rifle. Thankfully, the rifles here are sweet, and they feel good. There is great kickback, and the sound of the bolt locking is rich. There are lots of other guns here too, so if rifles aren’t your thing, you’ll still have something to enjoy. Unlike in other FPSs (I’m looking at you, Call of Duty) pistols aren’t an almighty force that can kill people from a mile away. They are a last resort in Red Orchestra 2, and you won’t be able to kill anyone more than ten feet away.

If you’re driving in a tank, you’ll have a very limited view of the battlefield. Even people inside the tank are still seeing everything from first-person. Apparently tanks in WWII just had little slots to look out of, and they aren’t as easy to drive as you would think. It’s not that the mechanics are bad, they are just highly realistic. A good team of players with a tank can be very effective, but a single person won’t get very far since you can’t drive it and shoot. After launch, Tripwire will be adding more vehicle types to the game. 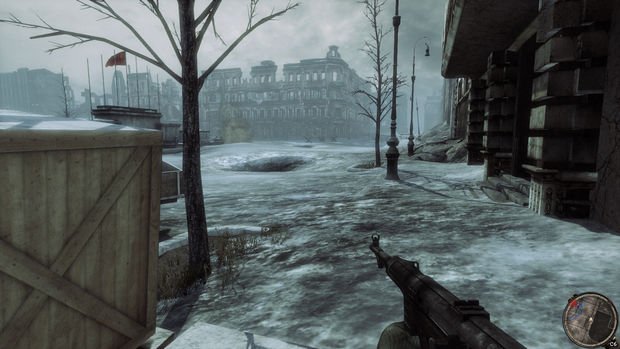 The HUD in RO2 is minimalistic, with just your mini-map, orders from your team, and shortly after you kill someone, you’ll get a notice. This helps bring you into the moment and removes all of the annoying clutter.

I’m tired of shooters featuring busy HUDs that spatter on about how so-and-so killed this-guy with a knife. I’m tired of having pop-ups to tell me that I did a good job. I’m also tired of players talking about their awesome kill/death ratio, and of people running around acting like a one-man army. I want a shooter that is fun; I want to feel like part of an army. I want to simply shoot people in the face without it feeling like a televised event on ESPN.

Red Orchestra 2 seems like it will be perfect for people looking for an alternative to the ridiculously unrealistic gameplay of Call of Duty. It’s not as much of a hardcore simulation as Arma II, but it’s deep enough to add some good strategy and rich gameplay to the genre.

The full title will have a single-player and multiplayer campaign beyond the competitive multiplayer component described here. Co-op will be added after launch, along with additional vehicle types. Finally, there’s also a mod being launched with the game that will offer a campaign set in the Pacific theater of World War II.