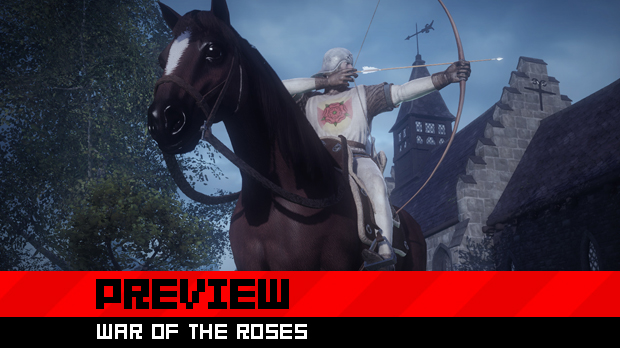 Paradox Interactive and developer Fatshark’s upcoming title, War of the Roses, has made quite a name for itself with its ambitious take on Medieval style combat in large scale skirmishes. Coming off their successful showings at GDC, PAX East, and E3 — Paradox has some big aspirations for War of the Roses.

After taking some time to play the multiplayer mode at Paradox’s recent press event, I can say that the developers definitely have a lot to be proud of with their latest title.

Set in 15th century England during the historical dynastic war between rival houses Lancaster and York — dubbed the War of the Roses — players will pick a side and lay waste to their enemies on the battlefield. Spread across seven different battlegrounds in England, you’ll take the fight to your rivals and restore honor and glory to your allied faction.

Veterans of Mount & Blade will feel right at home with War of the Roses’ setting and focus on medieval style combat. However, while that game focused on the role-playing elements and the sandbox gameplay of traveling the country and battling different factions, War of the Roses reins it in a bit and keeps the focus on different skirmishes and major battles between the two rival factions. This gives Roses’ a much more refined and tighter focus on large scale infantry combat. 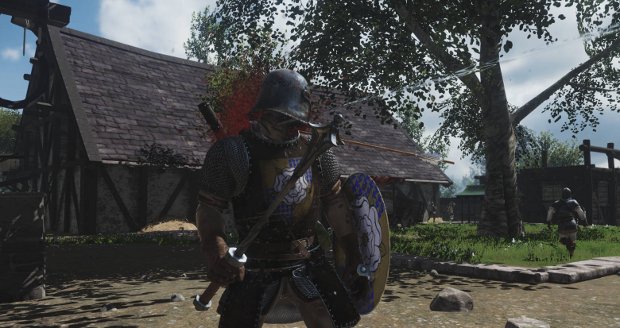 While on the surface it may appear to be on a smaller scale, the battle’s focus on the infantry level make the skirmishes feel just as epic — perhaps even more so given the greater focus on combat. Each of the seven map types are designed to accommodate any number of players. During our preview session, 16 player games in team deathmatch were played on maps designed for 32 to 64 players. Despite the small size, each battle felt incredibly epic and tense as every player fought in the small villages of Clitheroe Forest and the tournament grounds in London. I truly expect to see madness unfold in full 64 player games playing the conquest game mode, where the map sizes can be used to their advantage.

Fighting is done primarily through melee combat. Players coming from Mount & Blade will feel right at home with the mouse-control combat system. For the uninitiated, each attack and parry can be specifically controlled by the mouse. For instance, holding down the attack button and swiping left with the mouse will initiate a left sided attack, which can blocked by a right sided parry from the opponent. This particular combat system give each battle a feeling of rawness. In a good way, of course. 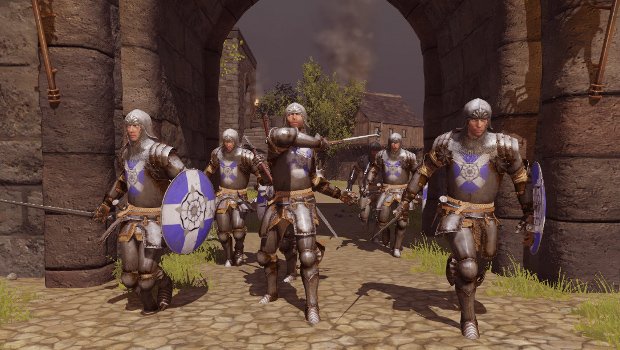 The fights feel uncoordinated, spontaneous, and real. Which was further heightened by the superb hit-detection system that Fatshark has put into place. I came away from each battle with these feelings of self-preservation, which made each fight against other players all the more exciting. It was quite a surreal feeling to actually feel like you’re in a war, and that you only had your skill set to fall back on. It can even by downright scary when surrounded by four enemy players looking to land an execution.

Combat feels balanced, regardless of which ever style you take advantage. For every great strength, there is an equal weakness. With this in mind, each type of soldier offers this great risk/reward system. Close-range fighters who run head on into combat run the risk of getting surrounded and pummeled, archers will suffer the vulnerabilities of long reload times and close range combat, and mounted knights will have to deal with being out the open on their mounts.

A key aspect of War of the Roses is the character customization. Before each battle, you’ll be able to customize and load out your characters however you please. At first glance, it may appear to be basic options for your classes, but upon further inspection you’ll find some rather substantial depth into how you deck out your characters. At the base, you have different weapon and armor types to choose from, but from there you pick different perks (spread across five different schools), fighting stances, and even the type of metal your weapons are made of. 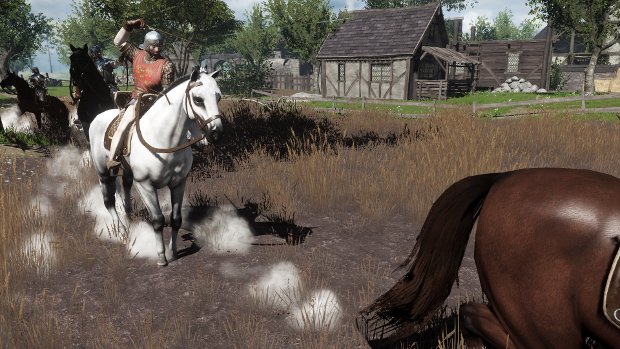 I was not only impressed with the variety and detail of your options, but also for the fact that it all seems to have a play in battle. Of course there are the obvious, such as light, medium, heavy armor types having a play on speed and agility, but then there’s the more less obvious consideration of how fighting stances can be influenced by metal types. The character customization gave off this sort of quasi RPG feel. There were several points when I came into matches late because I was so busy optimizing my foot soldier for battle as there’s just that much to consider before heading into battle.

With that said, an important part of the game is understanding what role you’ll have in each battle. While there aren’t any defined classes per se, the way you customize your character will cast them in roles and dictate their effectiveness in battle. War of the Roses is very open to how players choose to customize their characters, and even the more unorthodox combinations seem to have an effect on battle. Want to create a crossbowman with medical perks and decked out in medium armor? You can do that. How about a mounted knight with lance and armor based perks? Absolutely! You’ll rarely, if ever, come across a player utilizing the same character traits and cosmetics. The sheer amount of options at your disposal opens the possibilities for truly unique soldier types among the player community.

War of the Roses looks to be an engaging take on medieval style warfare. While Fatshark and Paradox were shy on detailing the single-player mode, what’s present here for the multiplayer is very encouraging, to say the least. War of the Roses will be available on Steam on September 12, and you can get your hands on it early during the opening of the public beta sometime in August.