One final look before launch

In about two weeks, Medal of Honor: Warfighter will be released. While we’ve seen single-player content twice already, it wasn’t until recently that we got to try out the game’s multiplayer at length.

Although the last game had multiplayer which basically amounted to a poor man’s Battlefield, Warfighter seems to have done an admirable job of creating a good, but perhaps not great, multiplayer component. 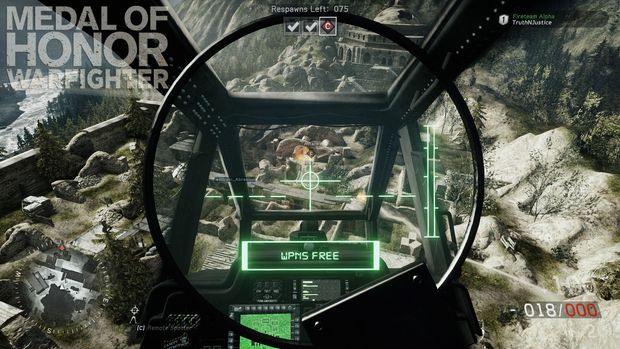 The most touted addition to Warfighter’s multiplayer is the new Fireteam mechanic. Described as co-op within multiplayer, a Fireteam is essentially a buddy system that grants you and your friend special bonuses, the most useful being the ability to constantly replenish your firemate’s health and ammunition. The support class is still a team’s main lifeline to healing, but you can essentially always play as support for your firemate.

Apart from this, your squadmate can spawn in on you; the both of you essentially anchor each other into the action. There is a spawn delay of around four seconds though, with a few more seconds added if your squadmate is spotted or happens to be under fire. Even so, the spawn protection does not seem to take proximity into account, leading to a few spawn kills as the game thinks that it’s safe to spawn even though there is an enemy posted a few feet away. Overall, the Fireteam mechanic adds a nice layer and good reason for teamwork, which is sorely lacking in some infantry-focused shooters. 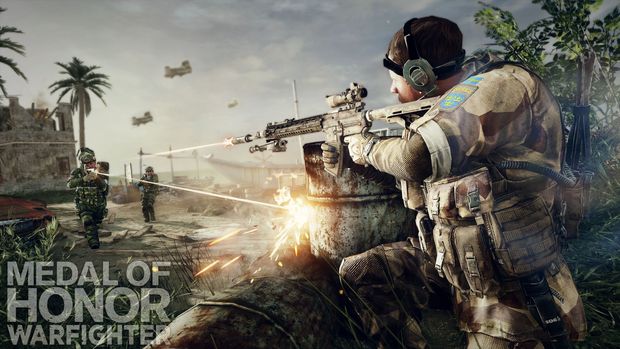 I’m sure many of you by now have noticed Warfighter‘s “Go Global” schtick, allowing players to step into the boots of many special forces units, not just those of the USA. This carries over into the multiplayer, where players will have the ability to choose the nationality of their player character. For balance reasons, nationality will not have an effect on the moment-to-moment gameplay, but rather, is a part of the overall customization. Not all nationalities are playable with each class initially — their accessibility corresponds to their real-world counterparts.

Confused? It’s actually quite simple. The first class you unlock for use is the Rifleman, who is playable across all nationalities since all real-world special forces have riflemen. The second class you unlock is the sniper, who defaults to South Korean since the South Korean UDT Seals have the best sniper training in the world. As you level up your sniper class, you can unlock more and more nationalities to play as. Conversely, the Demolition class has the Swedish SOG unit as its last unlock, since the real-world SOG doesn’t actually have a specialized demolition unit.

There are also some small touches for added realism, such as different reload animations for various units. The Polish GROM, for example, handle reloads very differently from US Navy Seals. It’s a nice little addition to the standard class system of many shooters that could go a long way to creating an added sense of attachment to your favorite loadout. 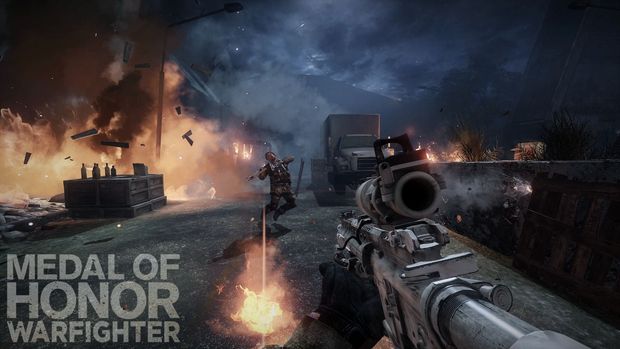 As for the actual modes we played, they ran the usual gamut of deathmatch, demolition, and control point types, but with a good amount of variation to be sure. The first mode was a demolition type, entitled Hot Spot. In Hot Spot, there are five bomb sites located throughout the map, though only one is active at a time, with one team defending while the other attempts to set them off. The twist is that the order in which these site are active are completely random. Fun as the randomness can be, once a site is active, it plays how you would expect a demolition game to play.

The second mode we played, Combat Mission, played not unlike Battlefield‘s Conquest or Halo: Reach‘s Invasion. One team defends a site while the other attacks; the attackers aim to progressively gain more ground and plant the final bomb at the defending team’s base. The difference here is that the attackers’ lose condition is not based on a time limit, but instead by the number of lives they have. Basically, the attacking team starts out with a set number of lives, leaving the defending team to focus equally on defending the bomb sites and slaying.

For all you out there who never play for the objective and instead focus on your K:D ratio, this is one objective-based mode where you can do just that, guilt free. Still, I did take issue with Combat Mission’s losing condition. The sheer number of lives that the attacking team has felt weighted too heavily in their favor. What’s more, the attacking team gets a portion of their lives replenished after each bomb site is successfully destroyed. 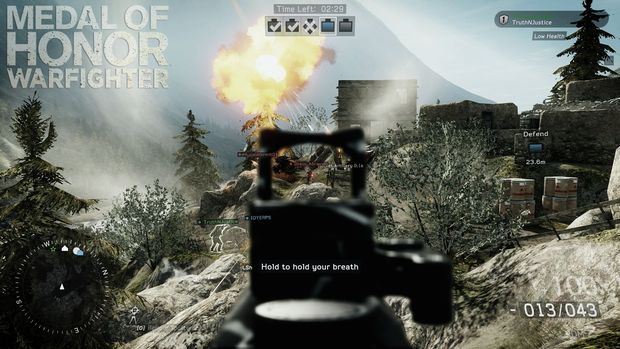 Our time ended with one final mode, Home Run, which was by far the most intriguing. Playing as a cross between Search & Destroy and Capture the Flag, the immediate objective is as straightforward as any CTF game, except that you only have one life per round. What this creates is a fun stop-and-go dynamic, where you have to figure out when the best time to go for the flag is versus hanging back to take out a few enemies before advancing. As an added touch, the flag changes to the flag of whatever nationality you’re playing. It’s ultimately a lot of fun, and hands down the best mode out of all the ones shown.

While I’ve been relatively excited by and am altogether anticipating Medal of Honor: Warfighter for its single-player component, my excitement for the multiplayer portion is less noticeable. Warfighter is perfectly good in its own right, and I’m sure there will be a sizable community that crops around it. But we’re living in a time where the modern military shooter is in no short supply, and with the exception of Home Run, there’s nothing here in the way of modes that looks terribly exciting. Certainly nothing to tear anyone away from whatever their latest addiction is.