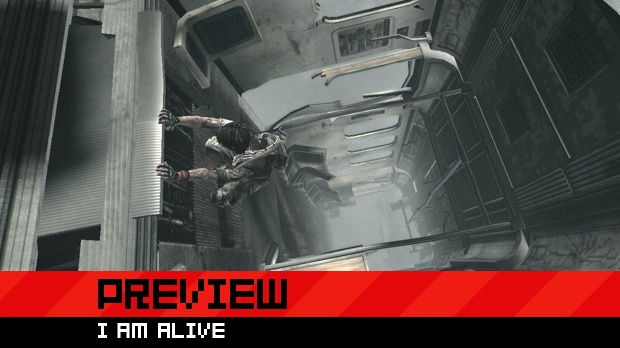 I’m coming off spending a weekend with early preview code for Ubisoft’s I Am Alive, and I’ll tell you right now that I’m already pretty excited about this game. Some of that excitement could just be that I’m relieved to be safe for a bit, and finally not nervous to the end of my wit from wandering around in the game’s charged, threatening world. I was so tense from playing that I think I’ll always jokingly call this game I Am Stressed Out.

This is yet another game that puts you in a post-apocalyptic situation, exploring a ruined city, trying to make your way. But what Ubisoft Shanghai has here is a bit different from the rest of your end-of-the-world games in that your struggle to survive is the main focus, and your limitations as a normal human end up being your greatest enemy.

I’m still somewhat surprised that I managed to survive I Am Alive. 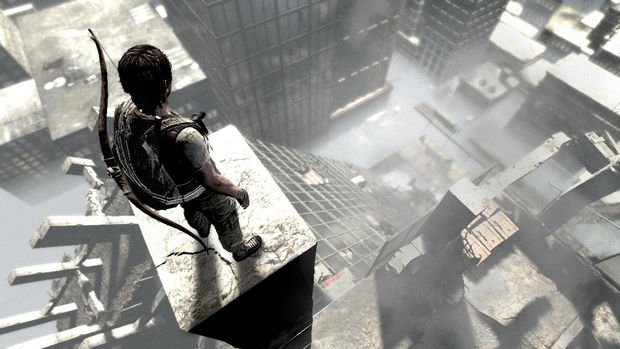 I Am Live is set after a disaster known as The Event. The game’s main character returns to his home town after about a year of being away in hopes of finding his wife and daughter, having come home by foot. He returns to see his entire city ruined and covered with a toxic gray dust. It looks as if some bomb has gone off, or a series of powerful earthquakes have hit, as wrecked cars are piled onto broken bridges, and dead bodies are strewn about below crumbled buildings and burnt city remains. It seems that the entire world has suffered from The Event.

In my session, I worked through the first several sections of the game: over a busted suspension bridge that seems to have given out during rush hour, through city sewers to the main character’s apartment, out through makeshift shelters for the few remaining living, and into skyscrapers inhabited by angry survivors trying to stay alive.

The beginning of that journey had me climbing my way up and over debris, onto hanging cars and bridge rails, and onto even more dangerous wrecked remains. While the Uncharted series’ Nathan Drake would hardly break a sweat with this climbing and hanging, I Am Live‘s hero is a bit more realistic and limited.

The game’s action has you watching a stamina meter that only permits so much climbing and hanging. If it gives out, you do too, and you’ll likely fall to your death from a ledge, or slip off a ladder rung. Surviving means smart management of this stamina, forcing you to think carefully about every hop, jump and grab. Even the smallest bit of extra expended energy could mean death. There is a way to try to dig down for every last drop of stamina, executed by jabbing at the right trigger quickly, but this decreases the maximum level of stamina from then on, so you’ll need to carefully consider what obstacles lay ahead before using that option. Through this stamina system, instead of merely “passing” a section of the game, you’ll feel like you’ve actually survived an ordeal. 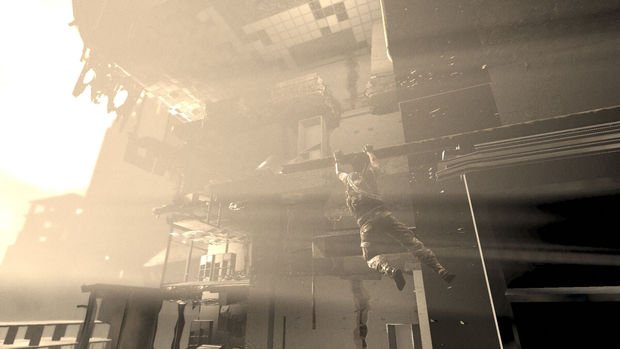 Even on the ground, you’ll need to continue carefully considering each step and decision. There are a few survivors of The Event in this city, and most of them are scared, hungry and angry. Most seem to be territorial, and just about all are looking for their next bite to eat, weapon, or advantage. This means that any person you encounter could be your last.

I found that very carefully creeping by an angry person with my hands up was usually best. Unlike all the other games of this type, pulling your gun is probably the worst idea, as you probably won’t have any bullets in it. Forget unlimited ammo — in I Am Alive, you’re lucky to have a single bullet in stock! If you’re careful, though, that empty gun can be used to intimidate enemies. Sometimes it works, others it does not.

On occasion, you will have to kill, but even then you have to go about it very carefully, usually by pulling a knife at the last minute to surprise an enemy after they approach you. If you time it wrong or don’t watch your back, you’ll end up dead, killed by either the approacher or another survivor that happened upon the encounter. 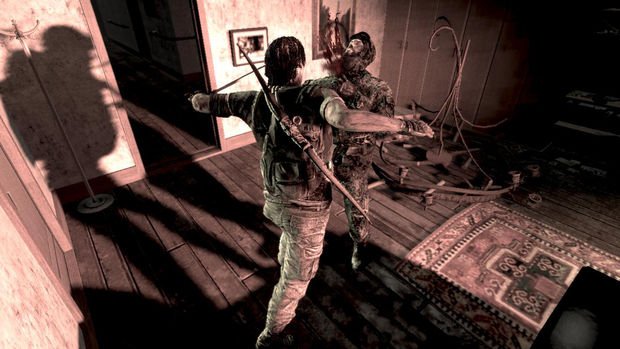 I found I Am Alive‘s resource management to be the cherry on top of this stressful sundae. As I mentioned above, bullets are hard to come by. Actually, everything is hard to come by. Considering that it has been about a year since The Event, it makes sense that just about every potential source for foodstuffs, healing items, and weapons has been stripped clean. You’re lucky to find anything, and when you do, you need to hold onto it until it’s desperately needed; what’s ahead is sure to be even tougher. For example, lowered stamina could be replenished with food or a drink, but you might really need that when you have to climb over some wreckage later. That single bullet may be an easy way out of a fight, but it would be more helpful to use when you encounter four angry thugs. Even retries are a limited resource.

As you could imagine, with the always-looming stamina system, violent potential NPC encounters and super-limited resources, I Am Alive is a tense game. On top of all of that, this preview build’s save system only allows one save per profile, and would reset if I tried to play an earlier section of the game. This meant that every move had to be perfect! It should now be clear why I call this game I Am Stressed Out.

Ubisoft has something fairly unique with I Am Alive. While post-apocalyptic survival is nothing new to games, their focus on survival and resource management makes for a tense, thrilling experience. It’s not yet clear how long of an experience I Am Alive is, but it’s already looking like a hell of a big game for a $15 XBLA and PSN title. I can’t wait to get back in and stress out a bit more.

Filed under... #I Am Alive#PSN#Ubisoft