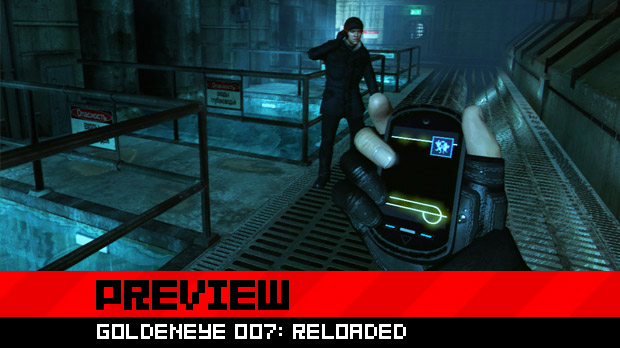 After last year’s well-received Wii remake of the classic Nintendo 64 shooter GoldenEye 007, fans have been hoping to see an HD version. Developer Eurocom is now fulfilling that wish as it is bringing GoldenEye 007: Reloaded to the PS3 and 360.

At gamescom we got a chance to see the long-awaited HD reimagining in action.

We were shown the second level in the game, The Facility. Bond is partnered up with 006 and the two are tasked with a dangerous mission: they must infiltrate a facility controlled by a corrupt Russian general and destroy the arms he intends to sell to terrorists. After some friendly banter, the two split up.

Faced with a locked door, Bond manages to find an alternative route forward by crawling through a nearby vent. Moving through the shaft showed off some nice lighting effects, as beams of light filtered through grates, illuminating the dust. However, Bond isn’t interested in the pretty lighting effects, so he ventures forth in search of an exit.

Boy, what an exit it is! Spotting a hole in the floor of the vent, Bond looks down and finds himself above an occupied bathroom stall. Clearly having no respect for privacy, Bond hangs out of the ceiling vent upside-down and dispatches his toilet-bound foe with two quick punches to the face. 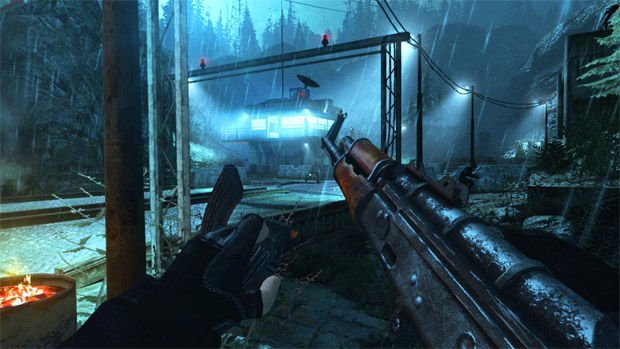 Eurocom want people to feel like they are really a spy, giving them plenty of opportunities to observe unaware enemies from the shadows. Going into a group of enemies guns-blazing is still perfectly acceptable, but should you feel like being more stealthy, there is often an alternative route nearby that will allow you to try and sneak your way through.

Sneaking up behind an enemy allows Bond to perform a stealth kill. Should you be spotted, you’ll only have a few moments to take out an enemy before he calls for backup. This should hopefully create some pretty tense situations and seems like something to help separate GoldenEye 007: Reloaded from the other big shooters coming out soon.

Not every level will be stealthy, as we were shown a later level set on an airfield, where the enemies are on full alert. Taking fire from enemy soldiers and a very powerful helicopter, Bond is definitely in trouble. The fighting is intense as Bond moves from cover to cover, trying to get closer to a nearby missile launcher in order to down the hovering menace. 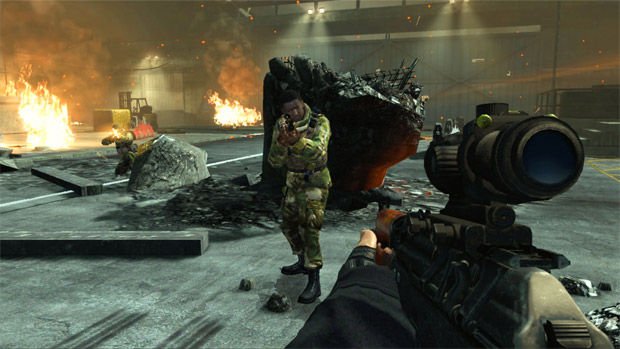 GoldenEye 007: Reloaded looks different enough from the original Nintendo 64 game, not just in terms of visuals but also when it comes to the gameplay and flow of combat, making it a game worth revisiting for fans of the classic console shooter.

Mixing up the pace of the levels should keep things pretty interesting. It seems like a really solid shooter and the stealth elements look to be well-implemented. I’m not sure if that is really going to be enough to set Reloaded apart from all the other shooters that will be coming out soon, but this looks to be quite a bit of fun.