Recently, I had the pleasure of sitting down with Zombie Studios creative head and lovely beard owner Jared Gerritzen to look at the new, free-to-play Blacklight game. When I say “Blacklight,” you might think of Jim’s less-than-glowing Blacklight: Tango Down review, and when I say “free-to-play,” you probably stop listening, but you should totally keep listening!

Blacklight: Retribution is indeed a follow up to Tango Down, but it’s a decidedly different game than its predecessor. The intent is to set the standard in the free-to-play shooter realm: high visual fidelity (powered by Unreal Engine 3), consistent new content, and no “pay to win” gating off of items. Coupled with a high level of customization and standout gameplay features, like giant robots, Retribution seems to have a much clearer direction this time around and at the entry price of no dollars, it’s worth giving a shot. 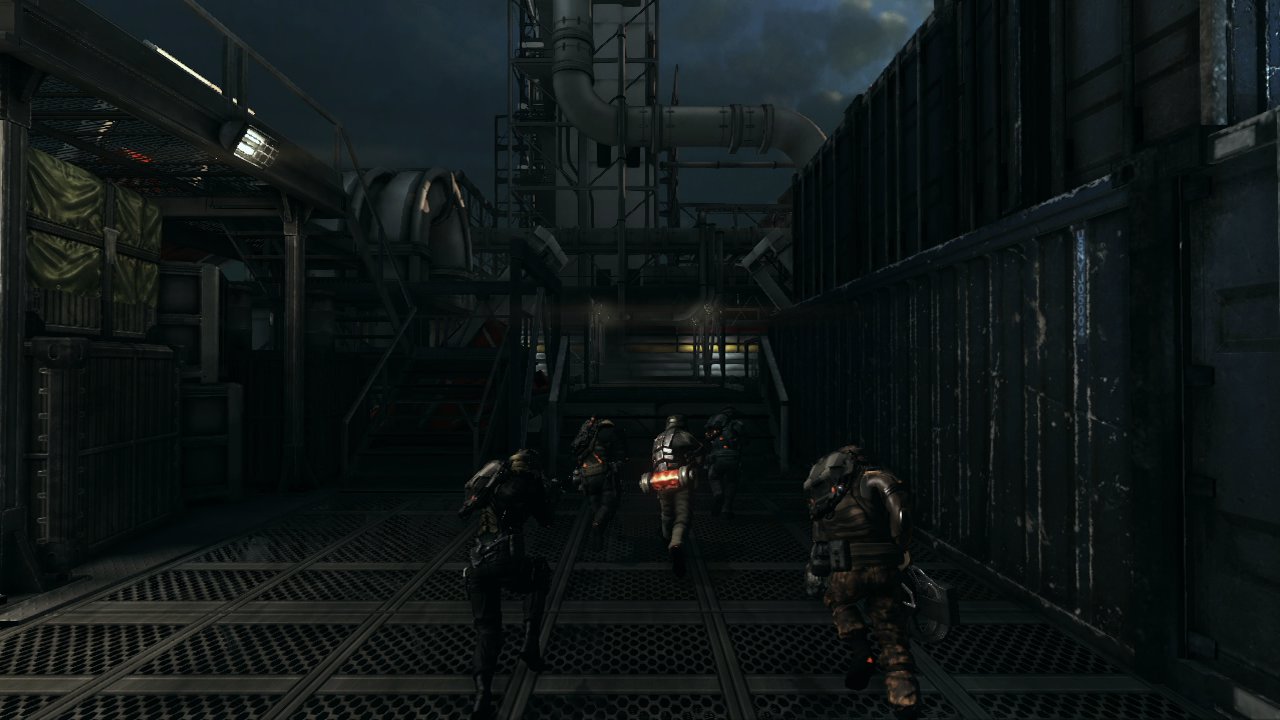 You can already play Blacklight: Retribution here, but I’ll break the game down for the lazy or skeptical lot, and then talk about some of the new content the team at Zombie has coming down the pipe in the immediate future.

One of the biggest points of separation in Retribution’s gameplay from its contemporaries is the Hyper Reality Visor (HRV), which allows you to go into an Arkham Asylum detective mode-esque view to expose the location of all the players on the map, while removing your ability to shoot. The HRV is meant to facilitate some semblance of strategy in the gameplay, always keeping people on their toes, and it’s a neat twist (in a manner, it reminds me of the Chimera vision of Resistance: Fall of Man, which I rather enjoyed). Additionally, players have the option of using things like HRV decoys or jammers to set traps; for example, you can set an HRV decoy up and pick off all the people running for what appears to be an easy “afk” or spawn kill.

The controls, employing a typical scheme, erred on the tighter side in my hands-on, adding to the game’s methodical feel. Aside from the expected first-person, futuristic, militant gunplay, there are a few other unique gameplay bits. Weapon depots scattered around levels accept points earned by your performance in a match, allowing you to buy beefier and beefier weapons as games progress — I’m talking flamethrowers, rail guns, and more. Accordingly, there is also the satisfying option of waiting for an opponent to purchase a shiny new gun and then killing them, taking the weapon for yourself. Also, giant robots. 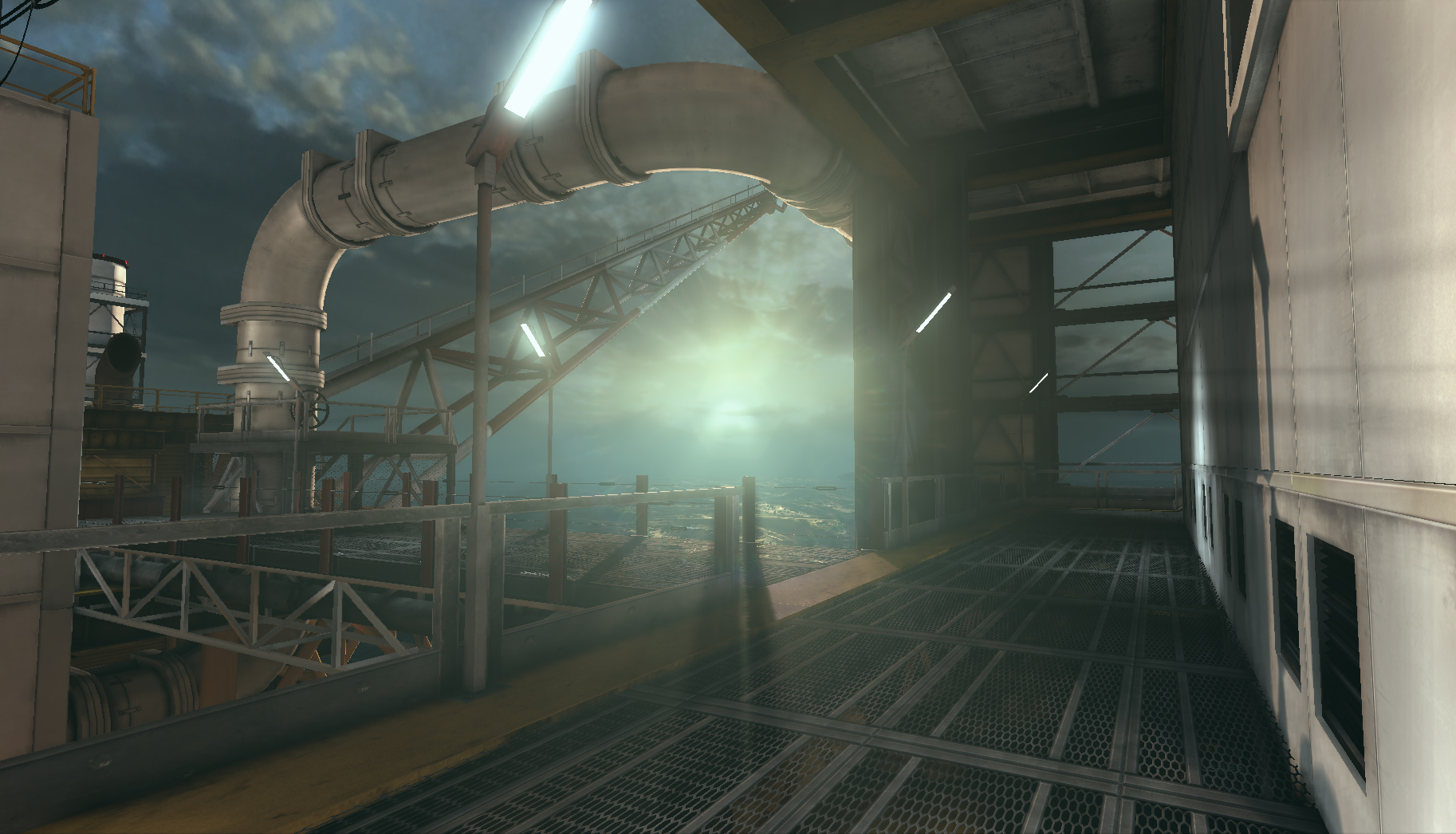 You can purchase mechs, known as Hardsuits, from the weapon depot as well, but they have to be called into the field in an open area in which they can be dropped from the sky. As matches progress and people rack up points, there could be mechs flying in from everywhere, especially in more open maps. There is also a bit of wait time before the mech arrives and you can hop inside it, keeping up the tension of the game, as you could be killed and your new ride commandeered at any point in time. To keep things balanced, mechs spawn with a random, clearly denoted weak point on the body, so that regular weapons can take them out. One of these weak points is the crotch. Yes, in this game, you’re occasionally encouraged to shoot giant robots in the crotch. Truly devious players can also opt to set a Hardsuit ablaze with the flamethrower, burning the pilot to a crisp, but leaving the Hardsuit intact, so they can commandeer the Hardsuit once it cools.

Retribution also affords a staggering amount of customization. Just about every facet of your gun can be altered with different parts, designed to reflect your distinct personality (I guess? It’s like Barbies, but with guns!) and the changes are not purely cosmetic — they alter the gun’s stats to varying degrees. Everything’s fair game: barrel, magazine type, fatigue paint jobs, ammo type, stocks, optics and sights, etcetera. If you want a shotgun with a pistol grip, banana clip, sniper scope, and a gold paint job, it’s yours. Secondary weapons can be equally customized. Additionally, you can hang cute little tchotchkes, akin to cell phone charms, off your gun, including a Mr. Destructoid head.

Customization doesn’t stop with the guns, however. Retribution is classless, but affords you the opportunity to build a character loadout in the vein of any archetypical class. Fancy yourself a medic? There’s gear for healing. Fancy yourself a necromancer? You can equip a revival kit that allows you to resuscitate downed friendlies, provided they haven’t been killed in an extreme or garish manner; having been blown to smithereens or having had their head sniped off, for example. On the more playful side, there are things like taunts, titles, and custom emblems. 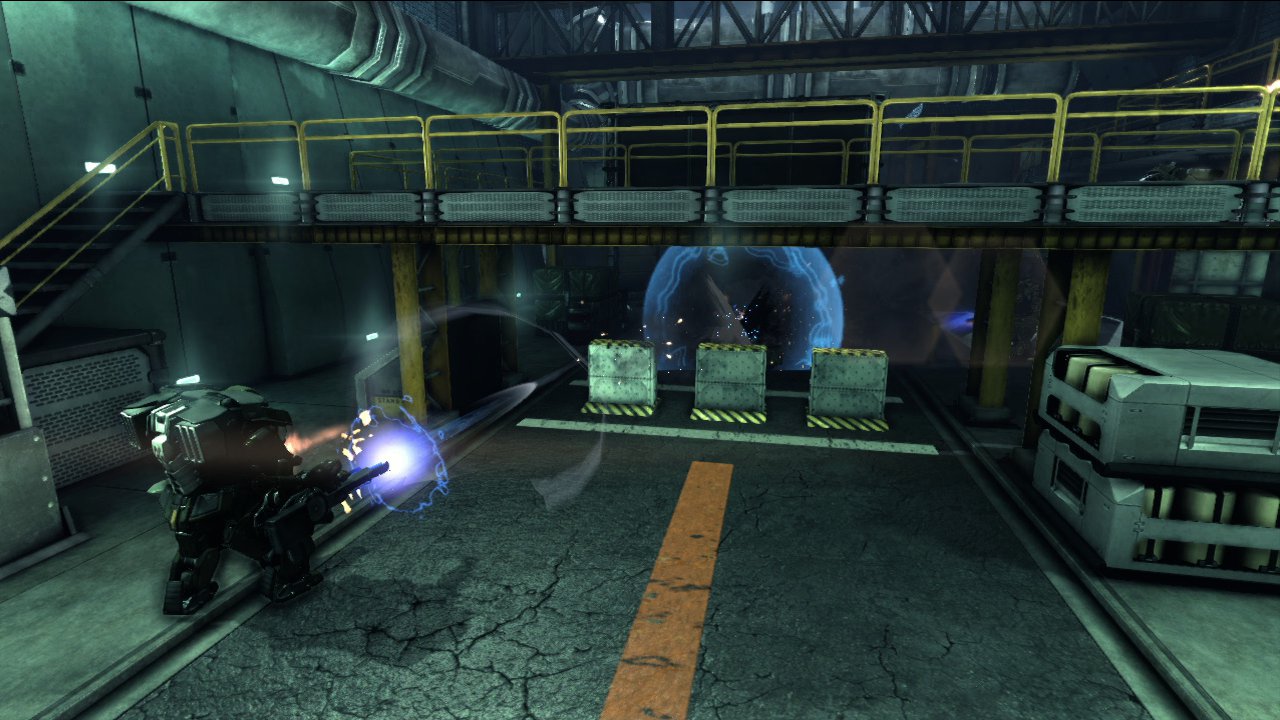 The next patch will see an experience boost given for taunting killed opponents, as well as a sort of holographic overlay to some of the taunts; that is, a taunt where your avatar puts his hands over his head and draws out a rainbow will actually create a rainbow. There are even taunts that can do damage, like the shoryuken-style flaming uppercut, or the crane kick. As for tags, they cannot be bought, save for two: “Mr. Moneybags” and “Deep Pockets.” Priced at $50 and $100 dollars respectively, these unique titles let everyone know just how swag you really are, like that banned $1000 “I Am Rich” app that used to be a thing.

Anyone not keen on putting together their own custom character can use one of the pre-built “Hero characters” available, which are fully customized to fit a particular class archetype. In April, Zombie is loosing J. “Viper” Vansaint into the fold, a stealth-styled Hero character geared towards up close and personal murdering. As far as other new content, I also took a look at the game’s Siege mode, with features a new pilotable mech, the Scorpion Tank. The attacking team must escort and maintain their Scorpion, which you can jump inside to man its minigun, across the 16-player map, repairing it when necessary and removing road blocks. What I played of Siege was fun, as there was a lot of back and forth between the advancing and impeding teams, and I totally burned someone out of the tank with a flamethrower. 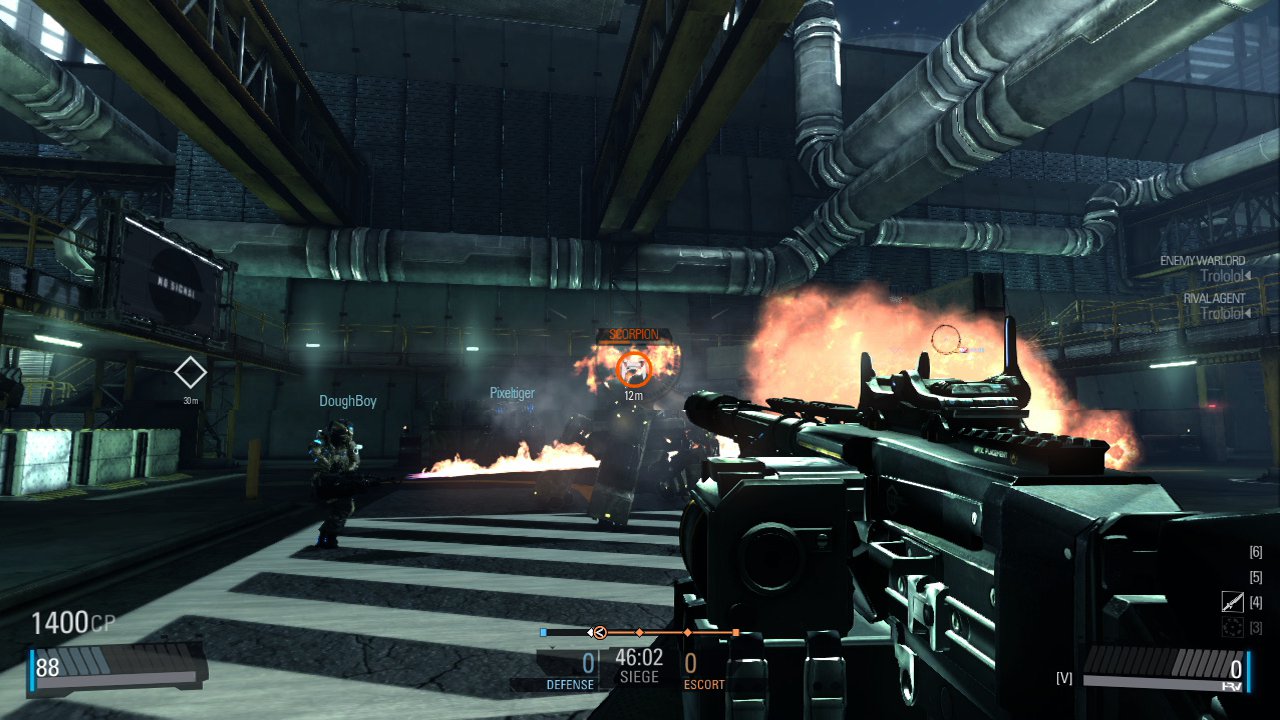 On the whole, I enjoyed the Retribution maps I was shown, as they had a surprising amount of personality. “Containment” is set in a futuristic videogame convention, SURSCON, which has been lacerated by some sort of viral epidemic that has left stacks of body bags waiting in hopelessly long lines. The map is inspired by the dreaded “nerd flu” that gaming conventions tend to perpetuate (and I’m sure certain readers are familiar with). I also loved SURSCON’s mascot, a giant blue dinosaur that looks upon the carnage with a juxtaposing, goofy grin. My favorite map, though, was Deadlock — it’s sort of my favorite thing about the game. Deadlock looks like similar to the world of Blade Runner, an eclectic synthesis of various sci-fi visions and anime. The buildings glows with colorful fluorescent lights and it’s just a pleasure to look at.

With Blacklight: Retribution, Zombie is approaching their game as a service, with two years worth of planned content chunks and community support and interaction all intended to keep players coming back to the game, even after wandering away to play the next big title for a while. The game is free-to-play, but of commercial release quality. If you dig first-person multiplayer shooting, there’s no reason not to give it a spin.