Buckets of blood will be shed in the newest expansion to Dragon Age II. This little gem of a franchise was started in late 2009 and with Dragon Age: Origins, Bioware had a hit. With that release, they also brought about an abundant amount of downloadable content to expand the gameplay.

With Dragon Age II: Legacy, Bioware continues to their never-ending quest for expansions by adding more story, enemies and items. 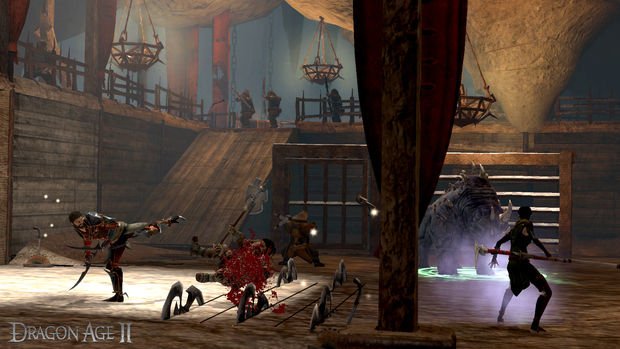 Legacy is a prequel based on the Hawke family and sees you playing as Hawke’s father where you’ll travel around Kirkwall with some familiar characters from Dragon Age II. I won’t give away too much about the storyline but just know that there are quite a few twists and turns revolving around the Hawke family. Largely their relationship with a possible Darkspawn so powerful that the Grey Wardens had kept him hidden for a million years.

In the demo, Hawke’s father is the lead character of the group and is traveling down into the depths around the Grey Warden prison. Here we are first visited by one of the new Darkspawn enemies, a burly rascal with a shield that covers his entire body. The AI has been improved and the creature was able to hold itself pretty well against me. This speaks well of the team for increasing the challenge as DAII was critiqued for being too easy at times. 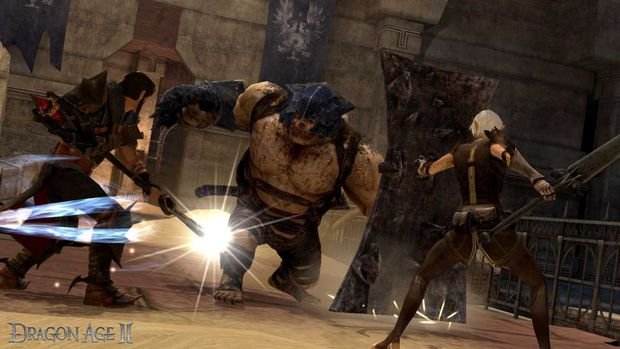 As your team continued into the prison, you come across more of these large shield wielding Darkspawns and must use everyone’s abilities to their fullest to strategically eliminate them all. The new focus on team work is another welcome addition as there looks to be more depth in combat now. This expansion also sees the environment being more part of the combat, such as utilizing saw-blades in the floor or using a wall to pin enemies or even get pinned yourself.

The quest continued on and I ran into the first mini-boss battle. After fighting this demon for about a minute, it was clear that this is not a simple walk and spamming attacks wouldn’t work. Even on the easy setting, my entire team was killed. It was actually exciting to see that I actually had to plan my attacks in order to win.

After the mini-boss was killed, we were introduced to the newest addition to the game which is your class specific special weapon that acts as a key to help seal off the evil forces. In the demo, I played as a rogue and my special weapon was a dagger. When I defeated the previous mini-boss, I was able to help grow our weapon by adding an extra ability to it. These special weapons will also be usable in Dragon Age II, even if you haven’t finished it. Additionally, you can start playing Legacy at anytime, even if you haven’t beaten Dragon Age II proper.

The team at Bioware assures us that they have taken the feedback from both fans and critics to heart and promises an engrossing story to add to what I think to be the already amazing trip that is Dragon Age II.