Upcoming Xbox Live Arcade release Deadlight caught my eye from a distance at Microsoft’s Spring Showcase 2012 event. On one monitor in the corner of a room I saw a dark, shadowy silhouette running through a highly detailed post-apocalyptic landscape in platforming action that instantly reminded me of classic games like Flashback or Out of This World.

With its sleek art and design, balls-to-the-walls platforming, 1980’s setting and zombie theme, I was already “in.” Playing it sealed the deal. Deadlight came out of nowhere and has somehow already landed on my list of most anticipated games. 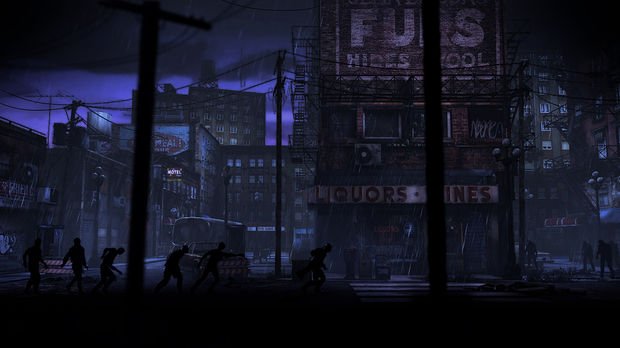 It’s 1986 in the Pacific Northwest where it seems that a mysterious disease has spread, making zombies out of everyone. One man, Randal Wayne, does his best to survive in the devastated city, setting out on a lonely journey toward safety, and not some goal of saving the world. Wayne’s only advantage in this dark, depressing world is that he is smarter and a bit faster than the hordes of zombified citizens that are out to get him.

I found the gameplay in Deadlight to be delightfully difficult. Tequila Works says that games like Flashback, Out of This World and Prince of Persia were inspirations, and it definitely showed as far as challenge is concerned. I quickly found that many of the assists we take for granted in more recent platformers and adventure games, like automatic edge gripping, are not available in Deadlight. I accidentally walked off several rooftops and other platforms to my death, and anything outside a perfectly timed jump or turn killed me instantly. But instead of being frustrated, I found this very refreshing. Tequila Works told us that the gameplay is aimed squarely at gamers that enjoyed the challenge of the games from the late 1980s and early 1990s. 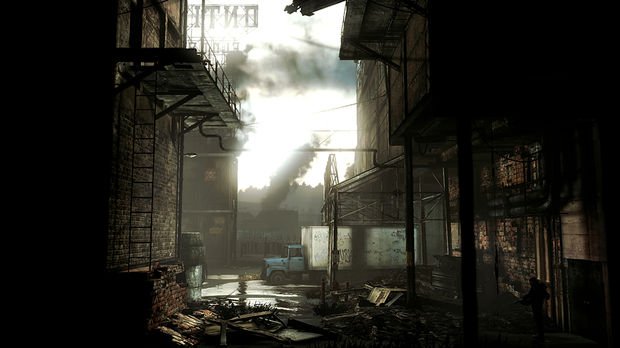 Beyond the ledge climbing and the dashing jumps you’ll find a fair bit of area-based puzzle play as you guide Wayne out of some hairy situations. In one early situation the only way to get away from a warehouse creeping with zombies was to break through some weak wooden flooring to access a lower floor. I learned that I had to climb up to the rafters to push a power generator off a platform so that it would crash through the weak flooring. Later puzzles were a bit more complex, with some requiring you to get into the mindset of your typical Day of the Dead-style zombie. One had me running to attract a zombie so that it would move toward me. I had to jump over a pit to reach a small clearing to draw the zombie into the pit, where I could then jump over him. 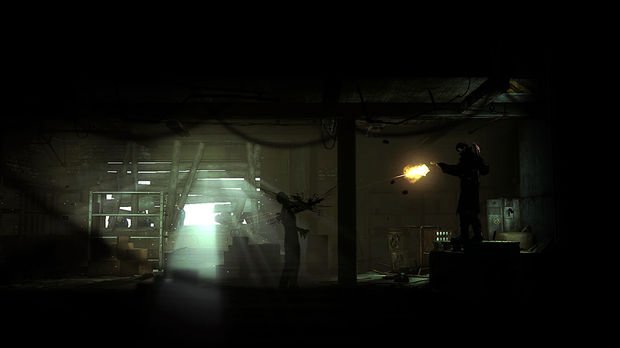 It’s best to avoid combat in Deadlight. In fact, at the game’s beginning, Wayne does not have weapons or attack abilities; all he can do is run and climb. Later, he finds an axe, but it works better as a tool than a weapon. Swinging it at a single zombie might work in a pinch, but its slow motion might leave him open in a horde attack. I was shown a later section of the game where Wayne has a gun, but even then using it should be carefully considered. It seems that bullets are pretty hard to come by, and a loud firing noise would only attract more zombies. Your best bet is to move quietly, working to avoid zombies if at all possible. Deadlight is a game that focuses on survival, and not combat. 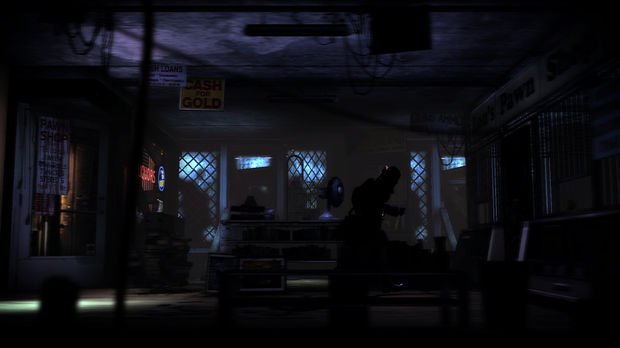 Even with as great as the play is, the first thing I noticed about Deadlight is that it’s a visually striking game. Its side-scrolling 2D gameplay against 3D backgrounds may remind some of Shadow Complex, though most of the game takes place outdoors, with fantastic lighting and weather effects. The way Tequila Works has highlighted the detailed 3D background and setting instead of the main character makes for a striking game that, at first, looks backwards. This visual choice draws the player’s eye to what is happening in the surrounding world. I loved that an emphasis has been given to clearly showing impending doom off in the distance, making for a situation that always had me tense and nervous.

In the foreground, you can barely make out the face of Wayne, as the backlighting makes him look more like a walking silhouette. Both the main character and the foreground scenery are pitch black, reminding me a bit of Playdead’s Limbo, but, in contrast, the distant backgrounds are clear as day. It’s a really unique style that gives Deadlight a crafted look, and it somehow makes the game’s world seem even more dark and heavy.

I didn’t know I wanted a dark and artful post-apocalyptic zombie action horror puzzle-platfomer set in the 1980s until I saw Deadlight.