At the end of Darksiders, War looked to the skies and saw his brothers, the remaining Horsemen, plummeting to Earth to reunite with the resurrected hero. It was a befitting ending, and one that built hope for where the series could possibly go.

Darksiders II is not that story. Rather than build on that foundation, it instead tells a completely different story. A story about War’s brother, Death, the most feared of the Horsemen, and the other events that took place while War sought his redemption. 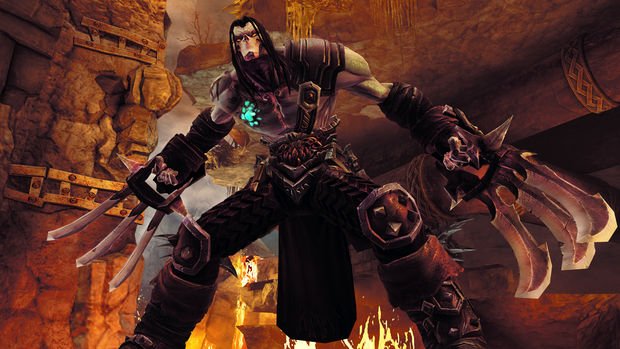 It’s fairly uncommon for a franchise to drop their main protagonist, especially one that embodied the spirit of the game. Sure, Metal Gear Solid 2 had its infamous bait-and-switch and Bioshock’s sequel dropped players in the role of a Big Daddy (though I’d argue that game’s true main character was actually the underwater city of Rapture), but each of these game’s predecessors were blockbuster hits. Something Darksiders was not.

“Typically when you get a sequel, you get the same guy with the same moves,” explains David Adams, Vigil Games general manager. “…We thought it would be cool to have a sequel with a whole new character that does different stuff. [As] a gamer, I can get a whole new experience. I’m not just getting the same one that has been retread with a different story.”

As Death made his debut before my eyes, a feeling of familiarity overwhelmed me as I gazed up the more slender and sinister killer. Similar to his brother, this fearsome entity gives off the vibe that he’s not one to mess with. A fact made all but true, the moment Death ripped his first enemy apart with his vicious Reaper form. 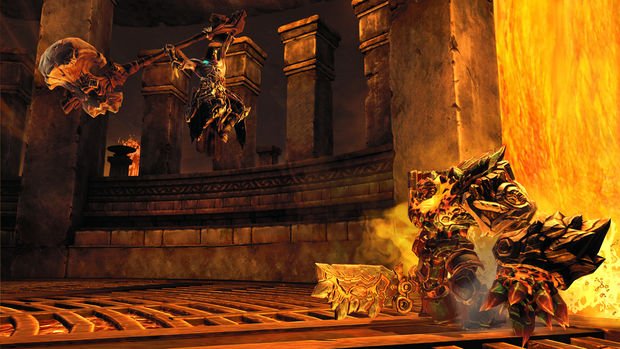 “In Darksiders, War had what we called Havoc form, where he turned into that big red demon,” says Adams. “Death has Reaper form, his version… but just because of his character, Death uses his power more casually than War would.”

Like his more noble brother, Death isn’t alone on his quest. While War was plagued by the pestilent Watcher throughout his trials, Death finds guidance in his travels from a his own fellow companion — a silent crow that perches on the shoulder of the dark hero whenever he enters one of Darksiders II‘s myriad mazes.

“[He’s] called Dust,” explains Adams about Death’s Navi-like companion. “He’s kind of like a familiar who gives you little hints and clues as to what’s going on. He’ll fly over to an important area and be like, ‘Hey, look at this!’…but he’s more subtle. He doesn’t talk to you or overtly tell you anything. He’ll just conveniently fly around.” 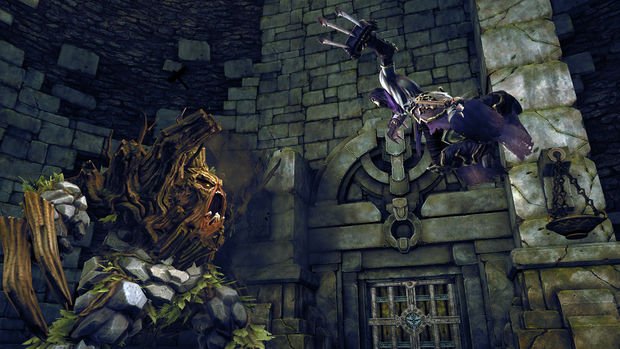 It’s with this explanation that I’m reminded about both the criticism and praise the original Darksiders received. At its core, the original followed the tried and true path of one of gaming’s most beloved classics, The Legend of Zelda: Ocarina of Time. A fair comparison, something own Jim Sterling made in his review, but one I took with a grain of salt since I hadn’t played Miyamoto’s masterpiece at the time.

As I watched Death run the gauntlet of hacking and slashing enemies to bits — in the same combo-esque glory of its predecessor — climb, run on walls, and jump with the finesse War lacked, and use the environment around him to proceed in his quest, there was definitely something both old and new with the parallel sequel. At first glance, it looks much like its predecessor, but underneath its darker facade lies a more fleshed out experience. 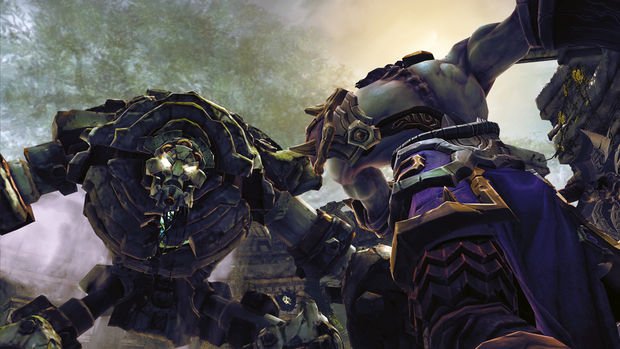 While I can only imagine how much more of an open experience Darksiders II will be, the early demonstration was more about showing off the amount of depth the sequel has in store for players in the customization department. The surface was only scratched when it came to the upgrade and weapon system, but what was presented hinted at systems immensely deeper than the first game. 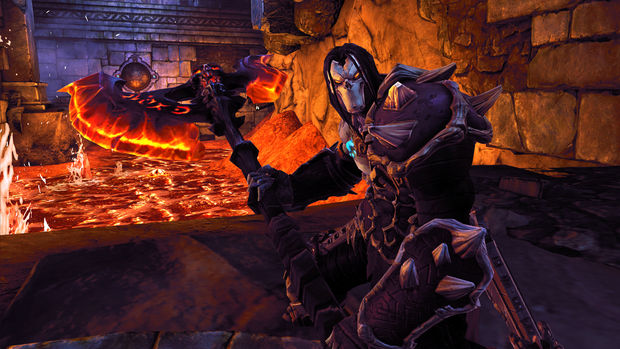 “Without a specific number… There are a lot of different weapons in the game, different moves, combinations, [and] how they link together,” explains Adams.

Dual scythes are Death’s primary tools of destruction, but he also has access to a multitude of secondary weapons such as pistols, claws, and powerful clubs that can be combined together easily. Magic also plays a bigger role in Death’s arsenal. Spells like Exume summon zombies to aid in battle, and Murder, which brings forth a relentless flock of deadly ravens that slowly pick apart enemies allow Death to be more strategic in his fights. And though these are but two spells, it’s really up to the player to chose how Death develops, whether it be in the skills he learns or the weapons he finds throughout his endeavors. 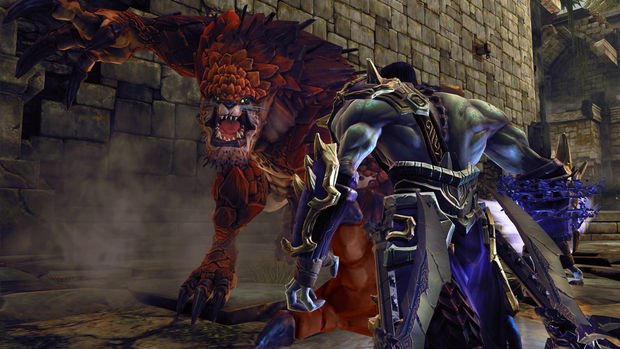 “[Darksiders II] is still about adventure and exploring,” says Adams. “But there’s a lot more stuff to do. Your character grows, you get cool items, you can level up your skills, you go on side quests, you go to towns, you talk to NPC’s. The first one is much more straight forward. You’re a guy on a quest for revenge; kill, kill, kill, solve some puzzles, kill… [Darksiders II] is more of a world, where the first one was more of an action flick with cool puzzles in it.”

Darksiders may have laid the foundation, but Vigil Games is set on making everything bigger and better in this pseudo sequel. With the best elements of action, adventure, and RPG thrown into the cold, murderous hands of Death, I for one can’t wait to shape my own dark destiny later this summer when Darksiders II arrives.