Many survival horror fans have already been anticipating Ubisoft’s ZombiU for some time. What you may not know, though, is that ZombiU will also be coming with three offline multiplayer modes.

Before single-player elitism takes hold of you, just know that this isn’t looking like the throwaway multiplayer you might be fearing. The modes are simple enough to get into, and at the very least, go a fair way to keeping the hardcore survival gameplay of the single-player intact. 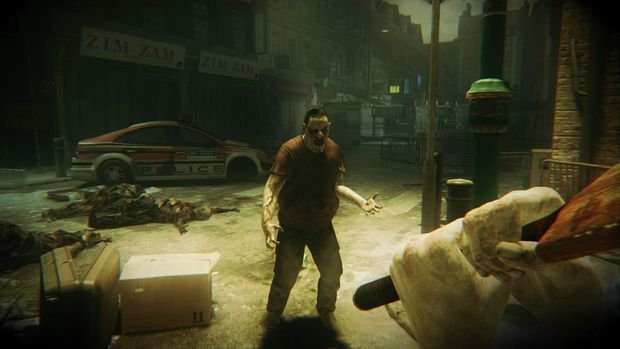 The multiplayer is comprised of three core modes, the first two of which are simple survival and time attack modes. You know the drill here. In time attack you race to see how many zombies you can kill and points you can score until time runs out. In survival mode, you have to hold out as long as you can with the limited resources at your disposal. At the end of either mode, your score and times are posted to leaderboards.

Not unlike what we’ve seen in Resident Evil’s Mercenaries mode, the time attack and survival options actually do a good job of retaining the survival element that the single-player seems to do so well. They may may not be scary per se, but there is definitely a strong feeling of tension, whether you’re scrambling for the last couple points in time attack, or staving off zombies with only two bullets and a croquet bat. 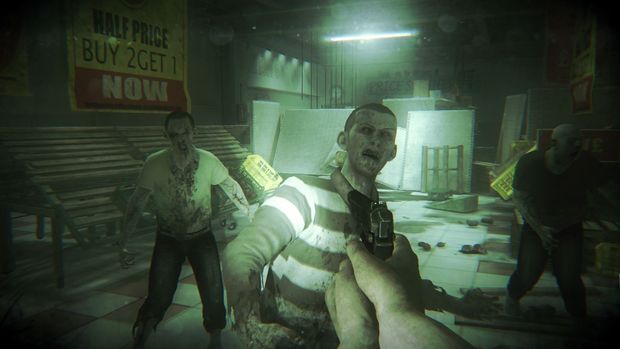 The final multiplayer mode, and the one I spent the most time in, takes a turn towards the weird. Nintendo has talked a lot about the asymmetrical gameplay experience that the Wii U GamePad affords, and ZombiU is probably the best example of it. Playing like a quasi-strategy game, this 1v1 mode casts one player as a survivor, and the other as the Zombie King. The player controlling the survivor has a straightforward enough task; capture three flags across the map while fighting off zombies. Ammo and health are very limited to, so you will need to keep an eye out and scavenge supplies.

Playing as the Zombie Master, you will use the Wii U GamePad to look at a top down view of the map. From here you will deploy different zombie units across the map to both kill the survivor, and capture flags. In the interest of balance, you can only have up to eight zombies at a time, and different units cost resources to deploy.

There is also a fair bit of variety in the units you can deploy. You have Trackers, who can sense where the survivor is and hunt them down, along with armor clad zombies who are resistant to gun fire, as well as zombies that ignore the survivor altogether and focus on capturing flags. As you would expect, the game doesn’t go too crazy with the real time strategy elements. There is no resource gathering here, rather, resources regenerate over time. You can even recall deployed zombies to regain a portion of their cost. 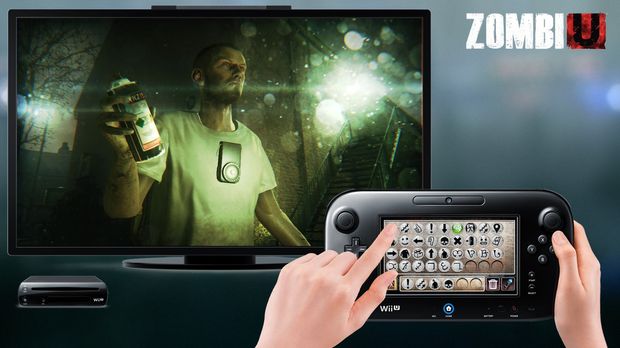 While playing as a Zombie Master is all good and fun, I did take issue with some things while playing as a survivor. The moment to moment gameplay is just much more forgiving than whats found in the campaign. Since there are only a handful of zombies at any given time, it’s not incredibly hard to keep track of where they are all at, which killed a bit of the tension for me. Also, while it is easy to run out of ammo, finding it isn’t so hard. There are care packages strewn about the map that will drop ammo and health every so often,. So long as you make sure to stop by one on the way to the next flag, you will always have a comfortable amount of both.

While that all makes sense when speaking about a balanced multiplayer mode, it does go a long way to undercutting the hardcore survivalist mood that the campaign  builds so well. But if ZombieU is to have a multiplayer mode, I’m glad it’s this. Granted, it’s definitely not a game that I would expect to have one, but what is here plays well, and preserves most of the campaigns atmosphere.