Anomaly: Warzone Earth had one of those experimental ideas — controlling the troops that rush past towers rather than the defensive structures themselves — that turned out to be really cool in practice. I don’t know for certain if the game arose just purely out of experimentation around a single idea, or if perhaps the developers instead saw an opportunity to do something unique in a stagnant market for the genre. In any case, the result was a pretty great game.

I recently got the chance to check out a preview build of the upcoming sequel, Anomaly 2. I remembered spending a lot of time with the first one once I got it on my Android phone and enjoying playing it, so I was eager to jump in and check out what new goodies and updates were in store with the follow-up game. 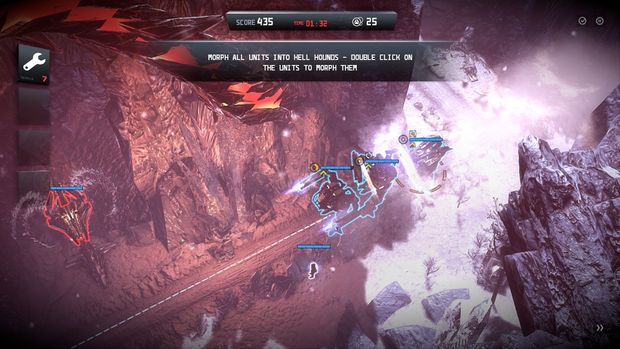 The preview build that I got to look at featured the first handful of levels in the game, including three tutorial levels, the first three missions, and a prologue level. The absolute first thing that popped out at me was the production level that Anomaly 2 has over its predecessor. The menu feels slicker, the pre-mission dialogue is fully voiced, and even the in-game cutscenes are choreographed with a lot more flair.

The prologue level opens up shortly after a helicopter crash, following the small surviving team as they try to recover data to a weapon that can help humanity reclaim Earth from the alien invaders that have conquered it after the events of the previous game. The level opens with a monologue setting the scene of the world’s state. There also feels like there’s more dialogue between units when the squad leader, controlled by the player, manages to link up with the other survivors of the crash. This opening level also introduced me to the big new mechanic that Anomaly 2 has.

The units can now transform into a mech form on command, offering a greater emphasis on strategy and real-time reaction. The prologue introduces the first new unit, the Assault Hound, which has a Gatling Gun that fires faster the longer it keeps attacking.

When the squad encounters aliens held up on both sides of a narrow canyon, this unit turns into a flamethrower-wielding Hell Hound. While the concept of a rate of fire that increases over time is retained, this form is more capable of attacking on both sides of itself at the expense of range. 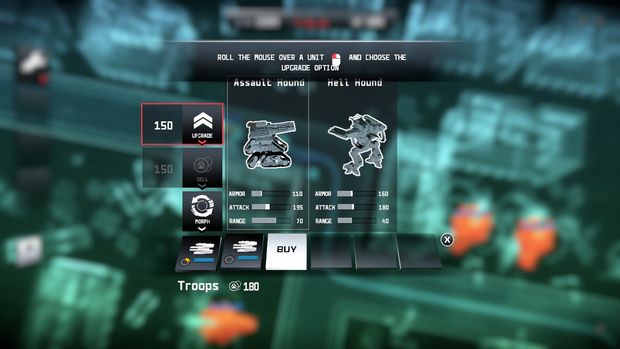 The three tutorial missions reintroduce the two staple gameplay mechanics from the previous game. At any time, the player can hit a button, or scroll back on a mouse scroll wheel, to zoom out to a tactical view to alter the planned route through a level. This functions pretty much identically to how it did before, right down to the interface.

The other returning mechanic is the ability to arrange the layout of your squad, which once again functions almost identically. There are small changes, primarily with the squad interface, to allow you to transform units from the menu as well as selling, buying, and upgrading them. Upgrading a unit will enhance both forms of it, so there’s no need to worry about paying twice per unit for a single level of upgrade.

The presentation of the tutorials are really phenomenal as well. They take place in a virtual reality simulator in a truck of a moving convoy, as they head on a mission to infiltrate New York City and rescue a trapped scientist. Because of the hostile nature of the world, there are a lot of scenes during the tutorial where the simulator almost gets destroyed when the convoy is assaulted. The “graphics” glitch out, with sound and communication stuttering during these moments, and it helps add weight to the sequence. 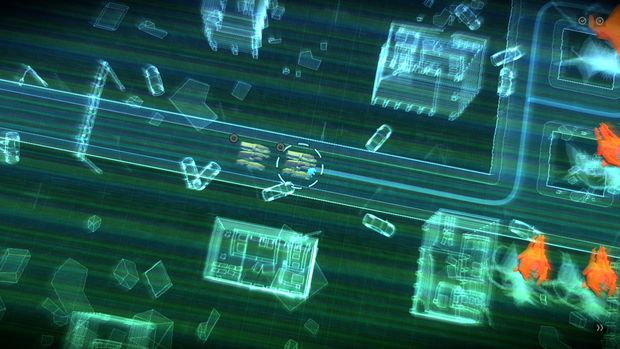 After the third tutorial, you’re given free reign outside of the simulator as you push towards the building the scientist is trapped in. A hint of this can be seen in the prologue mission, but the alien dominance is really shown in the level design. Though the recognizable buildings of a city like New York are shown, they’re all run down, and dilapidated, covered in the snows of what looks like a perpetual winter.

All across the levels are alien structures, much resembling metallic roots, or tendrils, sticking out of the ground, and pulsating as if collecting energy or something else. The world feels more than just war-torn. It really feels beaten, and the units of your squad absolutely feel like they’re the last ones fighting in the world.

Of course, presentation is one thing, gameplay is another, and the gameplay here feels just as solid as in the previous games. Strategically planning a good route, managing skilled use of commander abilities, and squad arrangement are all still very important to victory as well as earning a good score. Since there are more real-time elements available, players can indulge in a faster-paced game if they feel like it. If not, any of the real-time elements can also be accessed through some way that also pauses the game, and allows time to think about the strategy. 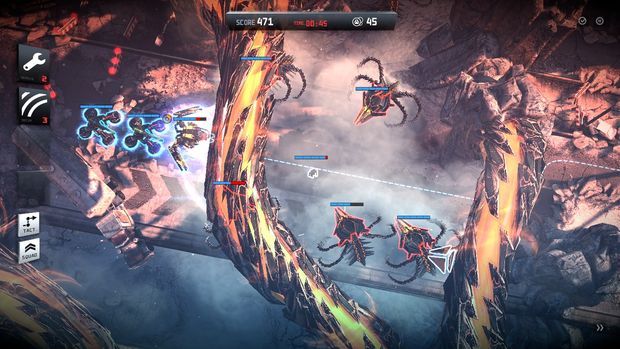 The levels also feel more dynamic than I remember from the first Anomaly. New aliens burst forth from the ground in the middle of missions and at times, force a last moment re-planning of my route through a level, or other times, require me to transform my units suddenly. I’m sure that most of this is scripted for when your units pass certain points in the level, but the effect is still cool. It’s hard to say how “deep” this aspect will be in the full game, however.

From the mission selection map, it looks like the game may encompass a global scale. At the very least, it seems as if the game will span across the continental United States, and possibly some areas to the south. Hopefully, this remains true, and the single-player manages to have a nice chunk of content and a lot of levels to go through.

If all else fails, the multiple difficulty levels will add replay value, especially with the scoring system. Anomaly 2 is slated for release sometime later this year, and it’s a game I recommend you keep an eye out for.