Anno 2070 is the latest installment in Ubisoft’s popular strategy series. For the first time, the series takes place in a near-future setting, bringing all kinds of new challenges for fans both new and old.

We got to take a look at Anno 2070 at gamescom, and I’m already scared how much free time I’m going to lose to the title. 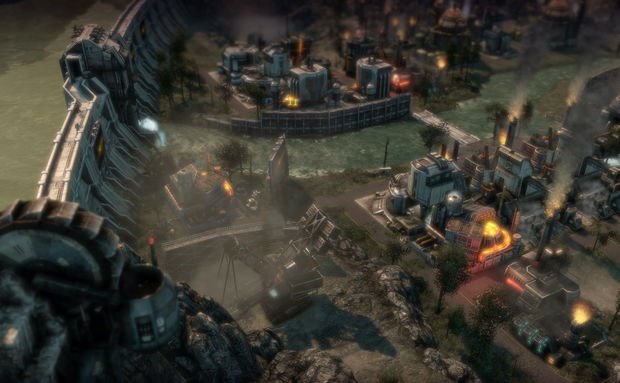 Global warming has caused the polar ice caps to melt, raising the sea level dramatically. As a result, small islands floating above sea level are all that humanity has left to survive on.

There are two playable factions in Anno 2070, the Ecos and the Tycoons. The Ecos are all about protecting the environment and sustainability, but aren’t very efficient and are slow to expand. The Tycoons are more industrious and focused on rapid growth, but will have problems in the long run with pollution and dwindling resources.

Players will have to manage the needs of their citizens in order to expand. Keeping an eye on how fertile the land is, the amount of pollution, and the power needs of each island will be the difference between a thriving metropolis and a failed city. Trade routes can be set up between islands in order to share any surplus resources a particular island has. 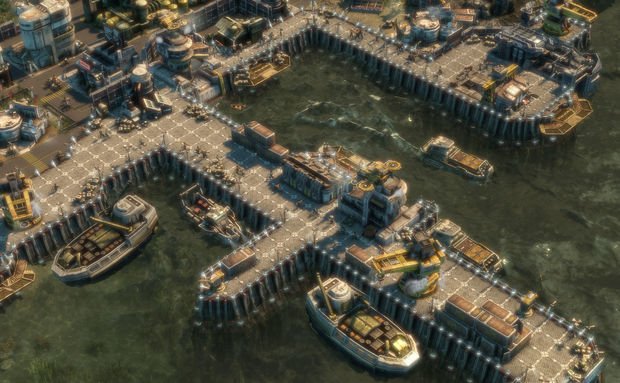 The most valuable resources such as oil can only be found underwater, requiring the construction of underwater cities. These can be built on “underwater islands,” large, flat outcroppings of rock below the ocean’s surface. Underwater cities will work in much the same way as the surface cities, requiring their own needs to be taken care off.

However, it’s not all peaceful expansion, so players had better be prepared to defend themselves. With military units able to attack from underwater, the surface, and the air, combat is going to be more interesting than ever in Anno 2070. 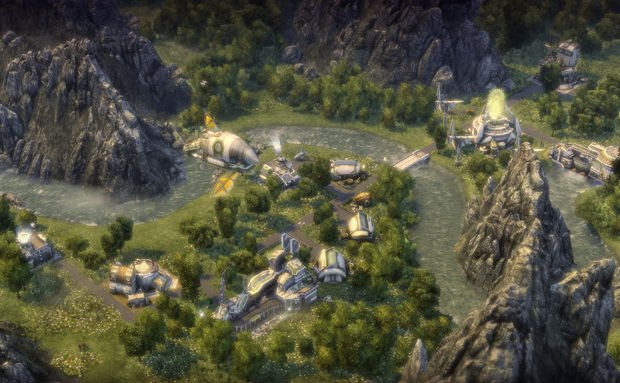 The visuals are simply gorgeous, and both factions seem to play quite differently from one another. Throw multiplayer in to the mix and you’ve got a game that could eat up days of your time. I’ve never played an Anno game before, but I can see myself pouring hour after hour into Anno 2070.