Historically, 5th Cell is a company known for fun and incredibly innovative games that skew towards a younger audience, such as the surprisingly deep Lock’s Quest and the award-winning and beloved Super Scribblenauts (both for the Nintendo DS). When the company decided to develop an Xbox Live Arcade game, it almost seems kind of uninspired and dare I say — lazy — that the company would develop a third person cover-based shooter for a console that serves as a haven for games of this exact genre.

Hybrid adds a new twist to the old formula by prohibiting player movement to different areas of cover. In concept, this idea seems almost counter-intuitive as confinement to covered sections would possibly slow down player movement and make for a frustrating game of whack-a-mole with other players.

Yet with 5th Cell, “intuitive” is exactly what the company seems to specialize in, and from everything we were shown at our hands-on session, it looks like Hybrid will be serving up a nice fresh dose of intuitive gameplay design. 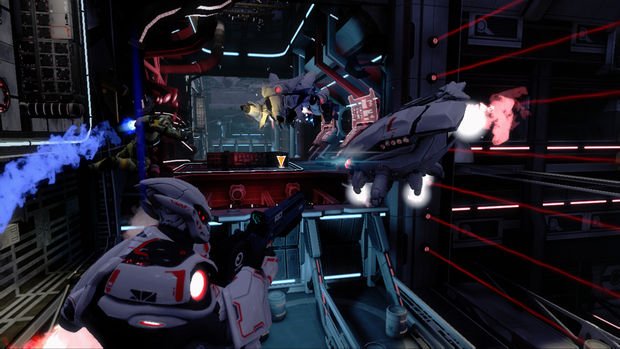 Hybrid tells a story of a massive war happening between an alien-infected populace called the Variants and the remaining humans (the Paladins) after a pathogen has taken over half of the population. The war is a persistent online event that operates in a similar way as the game Risk does, with Paladins and Variants battling over the capture of continental sections of a large world map. When the player first boots up the game, they must make a choice to join up with the Paladins or the Variants, and this choice will stay with them almost permanently as they jump in and out of battle.

The game operates on one large server with various skirmishes taking place in different parts of the map. When the war has been officially declared and the victors have been named, anyone who belongs to the team of victors will gain special perks that will carry over to the next war — which will begin anew with the end of the last one. 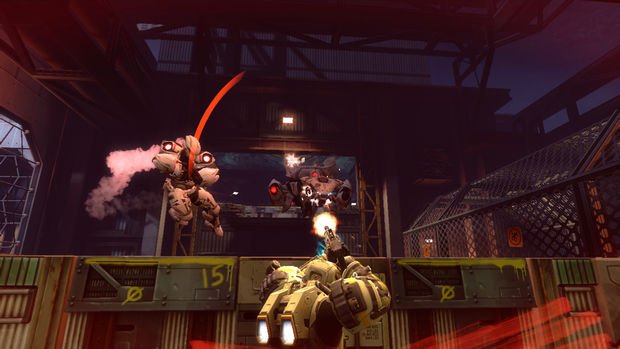 The battles in the game are always 3-on-3 affairs. This seems like a small number, but 5th Cell has implemented a smart system of populating the map with drones that help each player achieve more kills. These drones are awarded to the player through kill streaks, and they don’t necessarily disappear when you die.

The first drone every player gets with the first kill is called a Stalker. This small combat drone follows you around and takes shots at enemies, though it is incredibly susceptible to enemy fire and doesn’t last long. If you can successfully get three kills in a row, you’re awarded the Warbringer, a much heavier combat drone armed with heavy machine guns. Warbringer actually goes after enemies aggressively and is a great boon to defensive strategies as you leap and fly from cover-to-cover.

Finally, achieving five kills in a row give you the Preyon. This drone is more like a heat-seeking missile than a combat drone. She is also incredibly awesome and fun to watch. The Preyon is like a ninja robot assassin, and as soon as you send her out into battle towards your target, she goes straight for the kill. If someone has sent a Preyon after you, the first clue to this is the robotic shriek she gives as she makes a beeline for your throat. In our playthrough, we saw nary a single soul escape from the banshee shriek of the Preyon. Unfortunately, (or perhaps fortunately) the Preyon only goes for a single kill and then disappears so as to keep the game a fair and balanced affair. 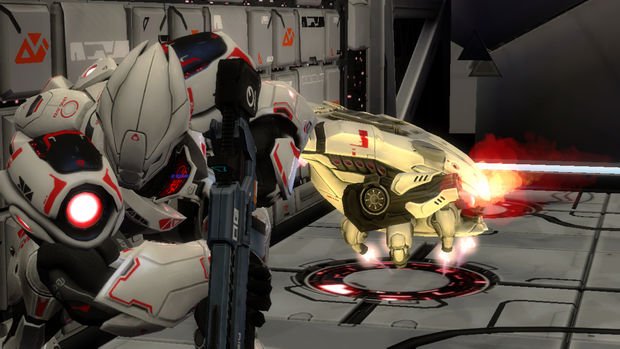 Beyond the drones, players are also awarded with cool active perks such as teleportation for sneaky kills, passive perks such as boosts to armor or weapon damage, and new weapons/weapon categories. Hamza kicked some serious ass in a round with a powerful shotgun, while I got my ass handed to me attempting to use an assault rifle with burst shots.

Of course, I haven’t even touched upon the gameplay itself and the main caveat of cover-to-cover shooting. This is possibly because the game is so incredibly fluid that I didn’t even think much about how it worked. With the press of the A button, your character automatically flies over to the next piece of cover that your reticule has aimed at. However, you’re free to strafe and aim in any direction as you fly. This actually gives you a great competitive advantage in some ways, as you’re not constantly worrying about where you’re headed so much as who you need to take down as you get there.

You’re not confined to your initial flight path either. At any time as you’re flying, you can aim at a different piece of cover and take off in that direction. This also helps give every player a competitive advantage, as you can quickly change your route if someone has left a grenade waiting at the spot you were headed towards. If you can’t seem to find another piece of cover to escape to, you can also quickly press B when you’ve landed to jump off to your last cover spot. 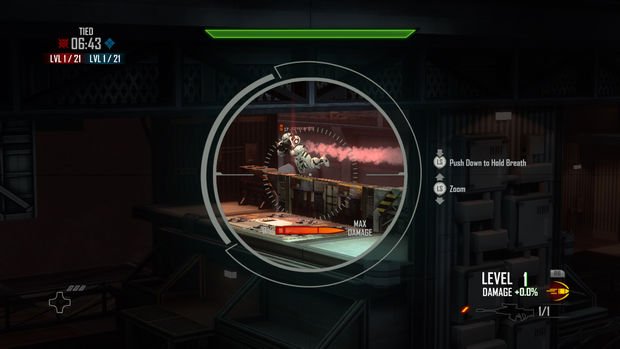 Another wrinkle to this is the fact that cover exists everywhere from grounded platforms to the sides of walls and even the ceiling. The experience of flying about and defying gravity is actually pretty exciting, and the game moves at a surprisingly fast pace that likens it to a twitch shooter.

The maps that we played through seemed to be designed in a manner that makes them easy to remember and highly replayable. One such map saw my team and the opposing team heading parallel to each other towards the same conflict point, both teams visible but generally obstructed from damage until the choke point. The maps we saw were generally close quarters and sectional, though overall they were large enough to accommodate strategic battles rather than a chaotic killfest.

After a couple of online sessions, I was convinced by Hybrid‘s cover-based twist and I’m excited to see how the game evolves when it hits the general populace. We were told the game will retail for the usual 1200 space bux and will eventually have a total of 10 maps to play. The developers also mentioned that the perk for being on the winning team of the first war will be “something special.” From what I’ve seen so far of Hybrid, I can’t wait to see what else 5th Cell has up their sleeves.