Sequels with only a year of development time are a funny thing in the games industry.

Sometimes you get games that are drastic improvements over the original, such as the jump from the original Mega Man Battle Network to its sequel. Other times you have disasters that end up far worse, such as when the Assassin’s Creed series went from Black Flag to Unity. Then you have the ones in the middle, that aren’t necessarily better or worse than the previous game, but clearly could have been better if they had more time in development.

Super Robot Wars X happens to be one of those games that needed more time. 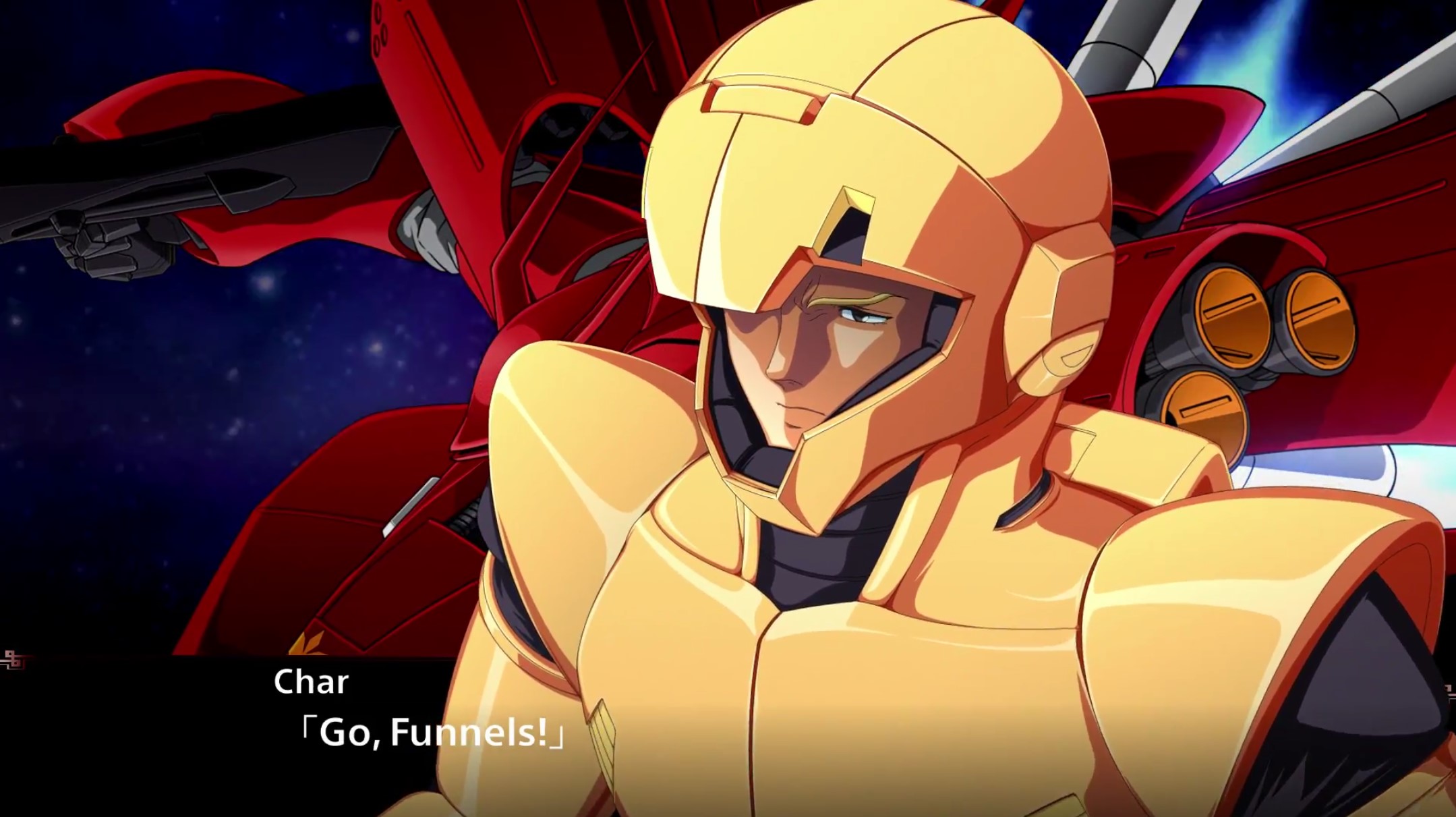 Super Robot Wars X plays similar to previous titles due to the franchise’s more iterative approach with each entry. Gameplay takes place on a grid-based map, with units able to choose from a variety of attacks with different ammo requirements. A unit is comprised of a mech/ship and a pilot, with both sides contributing to the stats and abilities that make up each unit. Spirit commands, abilities that pilots can activate for a temporary buff, help give co-pilots a part to play. In between stages, players will be able to upgrade the mechs and pilots, reassign certain pilots to different machines, and equip optional parts for certain robots such as ZZ Gundam.

Much like with Super Robot Wars V, the foundation is very solid mechanically, but what’s more important is to look at what X does differently than its predecessor, which is overall for the better. While it’s not a massive leap, the game does make multiple changes from V that overall help the experience from a gameplay perspective. A big part of this is how the returning characters are handled.

A large amount of nerfs were handed out across the board to units and systems returning from V as well as the Z3 games. None of the battleships included are as strong as the Yamato in V, which makes their VIP status a stronger consideration when having them engage in combat. Units like Wing Gundam Zero had their range reduced for certain attacks, Vilkiss had its mobility reduced, and the list goes on. The ‘Tactical Command’ ability that belongs to Lelouch, which buffs units in a designated area for one turn, can no longer be used after moving. The cost to purchase certain skills and stats for pilots has been increased, and the spirit command Zeal, which allows an extra action, is far less common.

Another major change is in regard to the battleships, which will go either way depending on your viewpoint. Ships like the N-Nautilus act as commanders/bases, and if even one is shot down it’s game over. However, in V and previous entries, you had a pool to choose from, with some being ignored unless the plot demanded it. In X there are only three: the N-Nautilus, the Cygnus, and the Megafauna. These three are all mandatory deploys no matter what. While there is technically a fourth one, which is Super Galaxy Dai-Gurren, it shows up with four stages left. In addition, its battleship abilities and VIP status gets transferred to Super Galaxy and Tengen Toppa Gurren Lagann when they are formed.

That being said, the new balance isn’t perfect and could still use refinement. Spirit commands for evasion and accuracy boosts are still too cheap for the benefits they provide. Machines like Daitarn 3 are still dangerously strong, while Great Might Gaine was further buffed with a new ammo-based attack to help balance its energy draining armament. It’s not perfect by any means, but X definitely has more bite to it than V did.

This isn’t even getting into the new Expert Mode, which provides enemies more upgrades to their mechs and higher stats from the get go. While only the first eight stages were played on this mode for the review, it turns the early game into a nightmare. Multiple game-overs occurred and even those wins were after a nail-biting struggle. If you’re the kind of person that likes the pain of lunatic mode in Fire Emblem or similar difficulties in other games, this is right up your alley.

Finally, the protagonist is much more interesting from a gameplay perspective. Whereas the machine in V was upgraded to a new one midway through, in X that doesn’t happen. Instead it’s a series of smaller upgrades to the machine, known as the Xelgard, to further emphasis the growth of the protagonist. This decision works wonders in regard to storytelling and makes this more felt from a gameplay perspective. In addition, by using a feature known as Magic Customization between stages, players can gain not just a passive benefit for the entire army, but unlock a ‘Dogma Command.’ These six commands are exclusive to Xelgard and can be used once per map. As a result, the protagonist shines more in the late game rather than the early game and stands out more among the cast.

As for the story, it’s a step back from V, and this is where the one-year development time really shows. To give a brief intro to the plot, our story takes place in the fictional world of Al-Warth, opening with Wataru being summoned from his world in order to take on the role of the savior and defeat the evil Doakdar. Initially joined by the game’s protagonist, the party goes on an adventure, slowly gaining allies from Al-Warth as well as others summoned from different worlds like Wataru was. While this summary may sound great on paper, it has serious flaws in its execution, partly due to the series chosen and how they are handled.

The world of Al-Warth is comprised primarily of three shows — Mashin Hero Wataru, Gurren Lagann and Cross Ange — although the game’s original plot elements are focused there as well. All the other series however are from other worlds and, except for Buddy Complex and Mashin Hero Wataru, are either in the middle of their stories or have already wrapped up. In addition, the majority of the game is set in Al-Warth and the only other world you will visit is for Buddy Complex. Meaning not only is the conga line of cameos the series is known for greatly reduced, but it results in an incredibly high barrier of entry for anyone unfamiliar with them. For instance at one point, the game straight up stops all forward progression for a solid 10 minutes of dialogue in order to explain the world that Gundam Wing, Code Geass, Aura Battler Dunbine, and Daitarn 3 come from. This would be fine except in the stages prior to it, the game acted like Dunbine was its own world, which makes it harder to follow as a result.

The handling of the various Gundam series is also extremely rough. For the most part, all the story content that involves the mega-franchise is focused around Reconguista in G — to the point where the grunts and characters from it are the only major Gundam factions you’ll truly fight, with antagonists like Glemy and Char being a smaller part of the armies from it. It also takes an approach out of Turn A for enemy units, as well as how the player obtains more units via the story, fielding various mobile suits from the Universal Century entries due to being from the future. The story arcs it focuses on are similar to Turn A as well, but one of them is poorly done. The arc in question revolves around a plan for the people living in space to return to Earth, by any means possible. But since the plot does not take place in Reconguista‘s world at any point, combined with little to no reason given for allying with the other factions, the motives for this entire arc are extremely flimsy and cause this to lack any kind of weight.

Another major issue is Crossbone Gundam and its lack of contribution to the overall story. In terms of playable units, Tobia returns with the Crossbone Gundam X-1, and the contributions stop right there. There are no further playable units, no enemy units to encounter, and Tobia fakes amnesia around Seabook due to being from the future. Gundam F91 is also used minimally, and as a result the game fails to include elements like Zabine to explore how either protagonist would react to seeing his past/future incarnation. As a result of this, why this manga was included at all outside of being roster filler is very questionable. 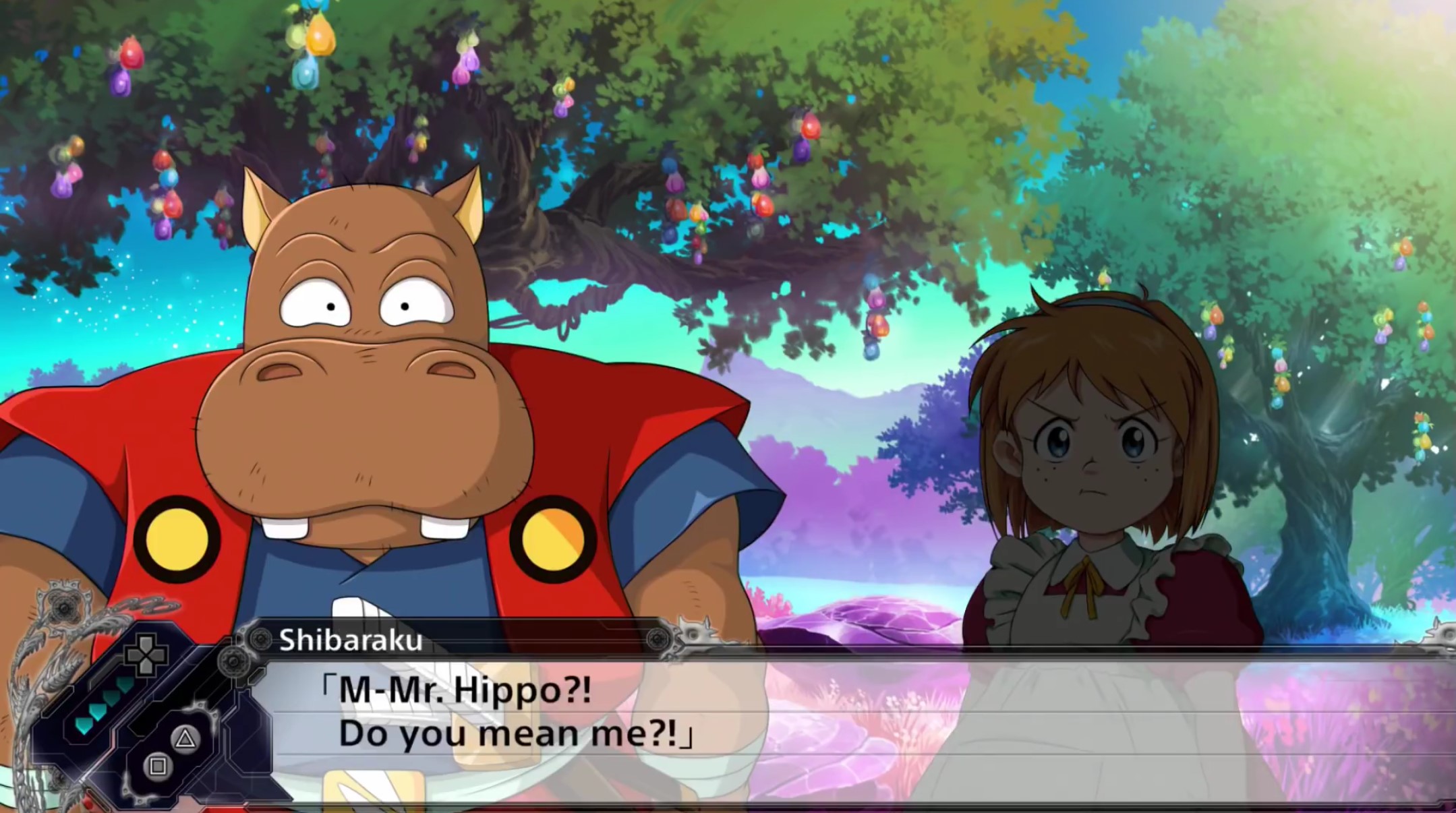 The final major problem with the story is the build up for Gurren Lagann’s finale. While the titular mech is obtained fairly early, the real meat of its story doesn’t start until the final fifth of the game, which includes the rest of the playable units. This means that a certain character doesn’t join the party long enough for the player to form a real connection with them. When combined with a rearranged telling of events, it results in what is considered to be one of the most powerful moments in mecha history completely falling apart. Which is a real shame since the final stages of the game are mainly focused on Gurren Lagann, causing this to stand out even more.

It’s not all gloom however, as there are numerous standout moments and improvements from V. The demons Char has over the events of Zeta Gundam are touched upon, Buddy Complex has some very interesting twists to it, and returning series like Cross Ange and Might Gaine have their plots shaken up to great effect. Further combined with an improved translation of V, with returning battle lines having their typos removed, the writing has taken a step up in many ways from the previous game despite the aforementioned issues. In addition, the route splits that prior games used are back, meaning players that want to avoid the weaker Gundam content can actively do so throughout the game.

Steps have also been taken to help improve the presentation as well. Returning units from Z3 and V have received updated animations for some of their attacks, which look great for the most part. In addition, more unique portraits are used during dialogue in order to emphasis certain moments as well as make it feel more dynamic. Scenes straight out of the original anime are used more frequently as well for story and battle purposes, highlighting iconic moments such as the summoning of Ryujinmaru.

If I had to use Super Robot Wars X as an example for something, it would be for why you shouldn’t annualize your franchise if you only have one development team. While it has taken steps to improve itself, both from a mechanical and visual standpoint, the biggest strength of the previous entry, the writing, has taken a major hit. As a result, it’s a weaker entry point than V for newcomers and casual anime fans, but at the same time a stronger entry point for strategy fans. For every step forward in one regard, there was a step back somewhere else, making it hard to say if this is a better or worse game than the previous one as a result.