Let’s blame this one on Decade

It’s hard to believe we live in a world where a new Kamen Rider game was released in English. I guess it shouldn’t come as a surprise since Bandai Namco’s Singapore division localized a couple Super Robot Wars and Gundam titles in Asia.

My exposure to the franchise began with Saban’s Masked Rider, the Americanized version of Kamen Rider Black RX. When I started college, I learned from a friend that the show was adapted from an ongoing franchise in Japan. Eventually, I became addicted to its action and character-driven stories. In fact, some of its installments feature elements that appeal to older viewers. Also, I couldn’t turn down the chance to see a program about bug-eyed bikers who kick their opponents to smithereens.

As a person who’s seen a good amount of Rider shows, I was happy about Bandai Namco’s decision to release Kamen Rider: Climax Fighters in English. Sadly, this arena brawler fails to do the franchise justice. 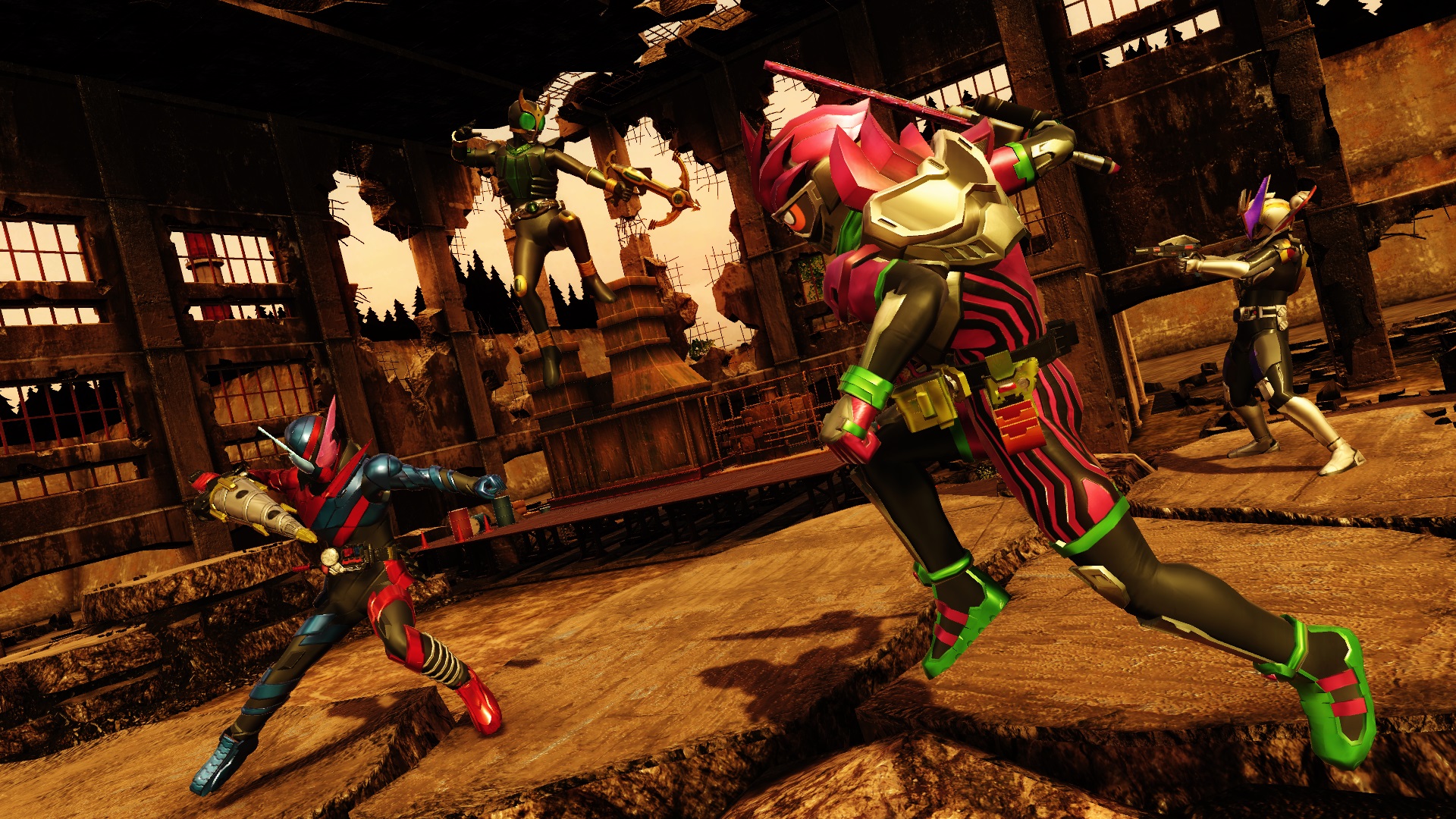 If there’s one thing Climax Fighters failed to deliver on, it’s a lack of the roster’s essential abilities. In the Climax Hero fighting games, each Kamen Rider could switch forms during battle. This allowed players to catch their opponents off guard since each transformation has its unique traits. Instead of continuing this trend, Eighting’s latest game only lets you use their penultimate upgrade and their final suit, with the other versions appearing as moves.

Because of the small number of playable Rider Forms, Climax Fighters‘ characters felt incomplete. Players are limited to normal attacks and three special moves in battle, along with two supers. Even though the system lets you knock your opponents across the field, there aren’t enough mechanics to add variety to your combos. Your other actions are being able to dash, block, and sidestep. In the end, Eighting gathered the key aspects to make a decent arena brawler, but they failed to add the components to make people want to commit.

Even when Eighting is at their worst, they did a decent job in making each Rider feel like their TV show counterpart. Because of their experience with the Climax Hero games and Battride War series, this feat is one of their specialties. For example, Kamen Rider Mach can fire his Banzai Bill-like projectiles at people and Ex-Aid collects power-ups after doing a special attack. On top of that, it was a nice treat to see each character use their ultimate finishing move to decimate their opponents, such as Ryuki Survive attacking people with his dragon motorcycle. Unfortunately, once you see what every character has to offer, the game starts to lose its edge.

It doesn’t help that there isn’t enough content to keep people entertained for a long time. The closest thing to a campaign is the game’s missions, which lets you partake in battles as a specific Rider. There are 70 stages, and it can take four or five hours to clear them all. Since you can’t replay the levels as a different character, there’s no reason for players to try them again.

One neat part about these segments is that you get to see the heroes engage in random conversations before the fight starts. Even though the team did a great job in taking the Riders’ motif and personality into account for these scenes, they end before they reach their potential. At least, Bandai Namco’s localization helped make these conversations entertaining. 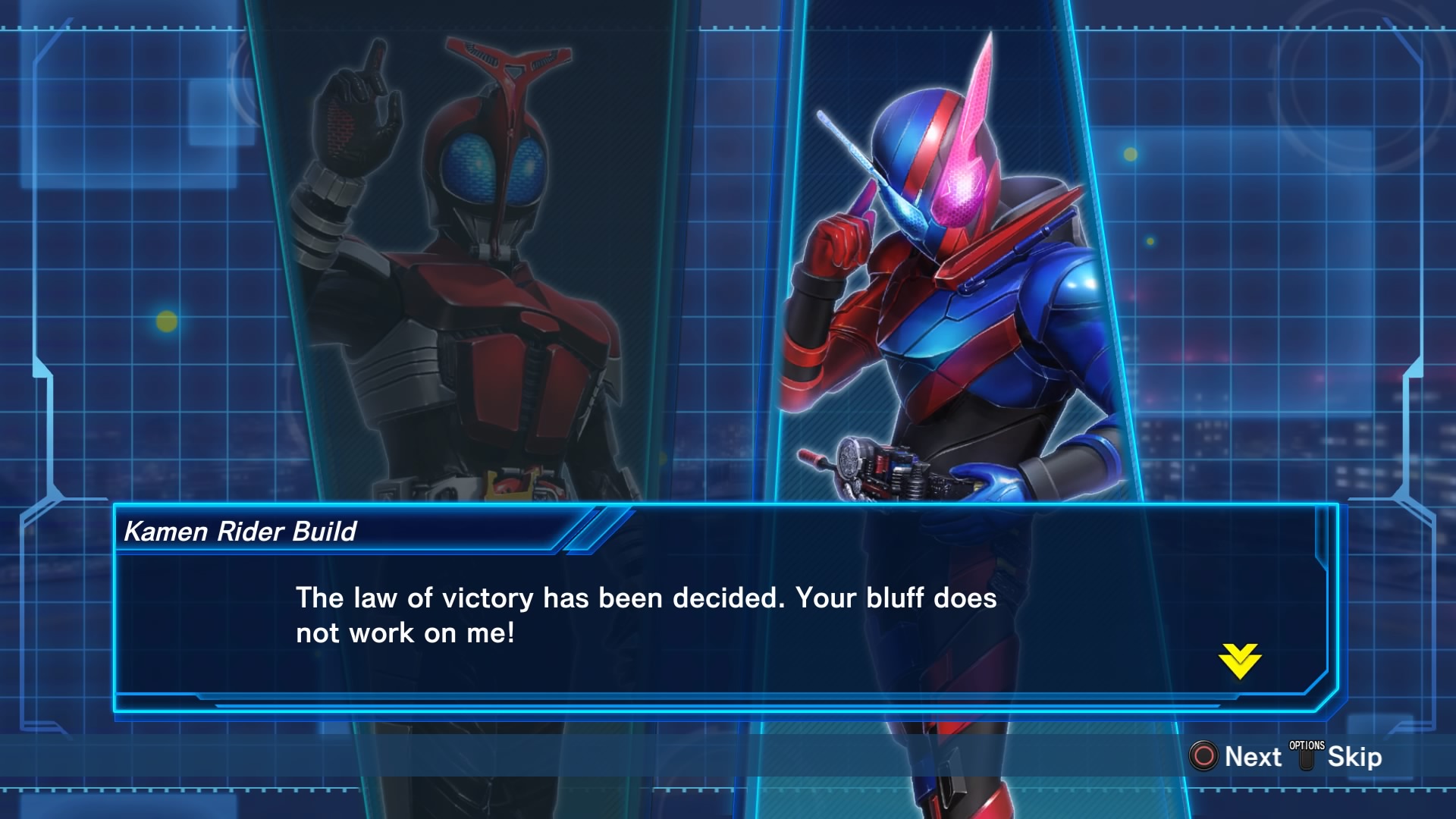 With the entire roster being available from the start, the purpose of clearing the missions is to unlock masks and belts for your chibi avatar/online profile. Outside of clearing challenges, your other options are facing one to three opponents online and offline. Due to Climax Fighters‘ small number of modes, I managed to get a Platinum Trophy without mastering its mechanics.

Of course, it’s not surprising for an underwhelming game to have an online mode with problems. While the regular matches allow you to join or form rooms to battle other players, the ranked fights are a different story. Just like picking a number at a bakery, you’re forced to sit back while the game finds a random opponent. Even though Climax Fighters lets you do the one-player stuff while you wait for the match to start, this system doesn’t benefit the people who cleared every mission.

Likely due to a small player base, it took me five days to find an opponent. While I wasn’t disconnected from the match, it wasn’t fun going up against a person while the whole game was lagging. The issue may have been caused by the person’s connection, but it doesn’t change the fact that it’s a pain to do a ranked battle in Climax Fighters. 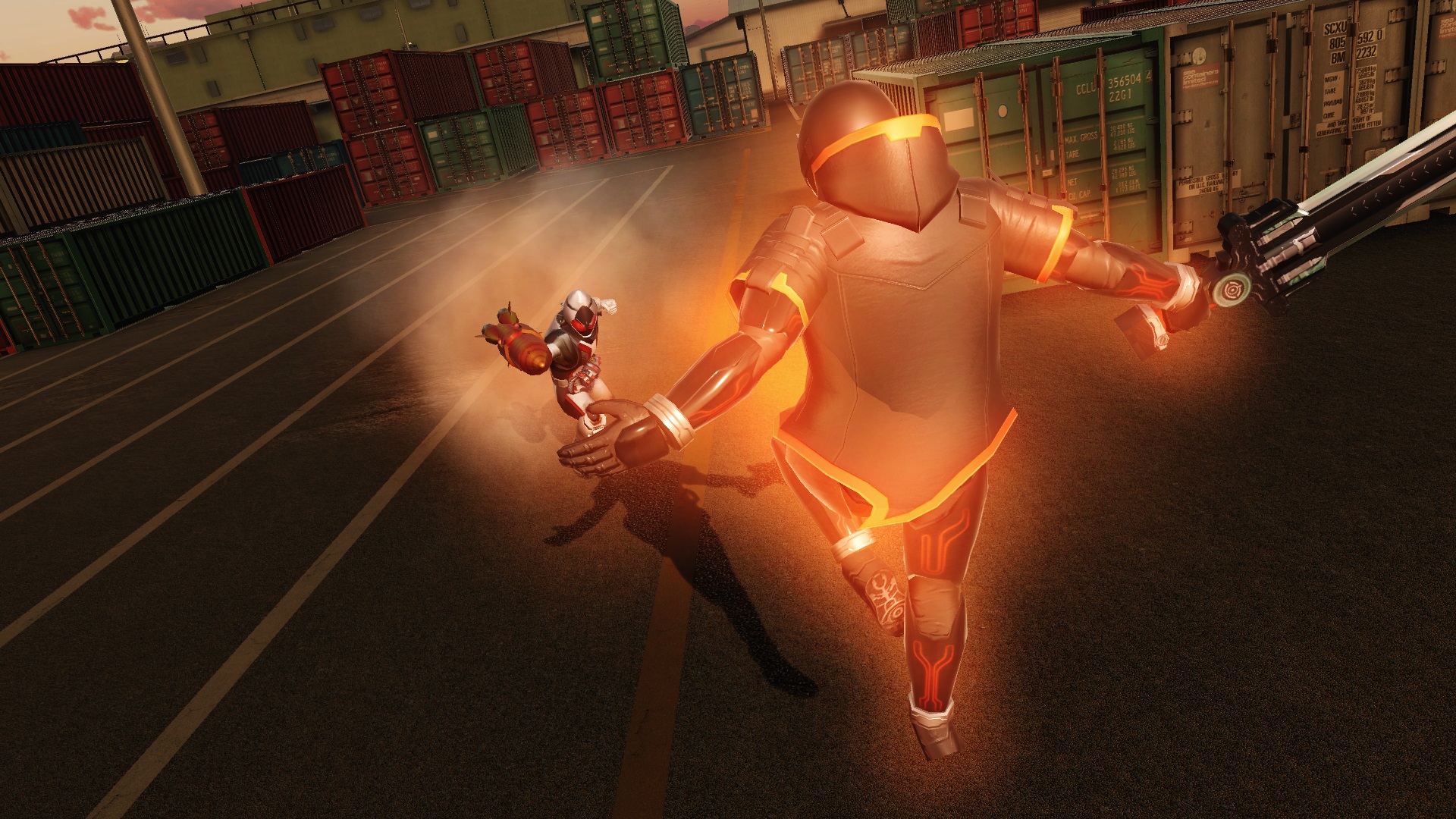 The strange part about Climax Fighters‘ roster is that the secondary Riders from Agito through Decade aren’t present. Not I that have anything against the ones from Kamen Rider W through Ex-Aid, but I’m shocked that they didn’t include the other supporting heroes. Seeing that the models of the returning characters are lifted from Kamen Rider: Battride War Genesis, Eighting might’ve not had enough time to complete the cast. Then again, a game with 27 fighters and Kamen Rider Black is a nice start for a new licensed title.

As a multiplayer game, Climax Fighters felt like it was missing a few key components. A majority of the Rider Forms only appear as moves, and the lack of essential modes (such as Training and Arcade Mode) hinders its replayability. In the end, the novelty of it being an English Kamen Rider title doesn’t hide its status as a barebones arena brawler.

Since Eighting brought us great stuff like the Bloody Roar series and the two Marvel vs. Capcom 3 games, Toei and/or Bandai Namco likely gave the team an unfair deadline for Climax Fighters. If anything, this shows that they aren’t the best match.