I almost still can’t believe that Final Fantasy VII Remake exists, but it absolutely does…on PS5 no less! But here we are with a port, and some Yuffie DLC for good measure.

We’ve already talked a bit about how it plays on PS5 actually, so to be clear, this review will primarily deal with the DLC (INTERmission). 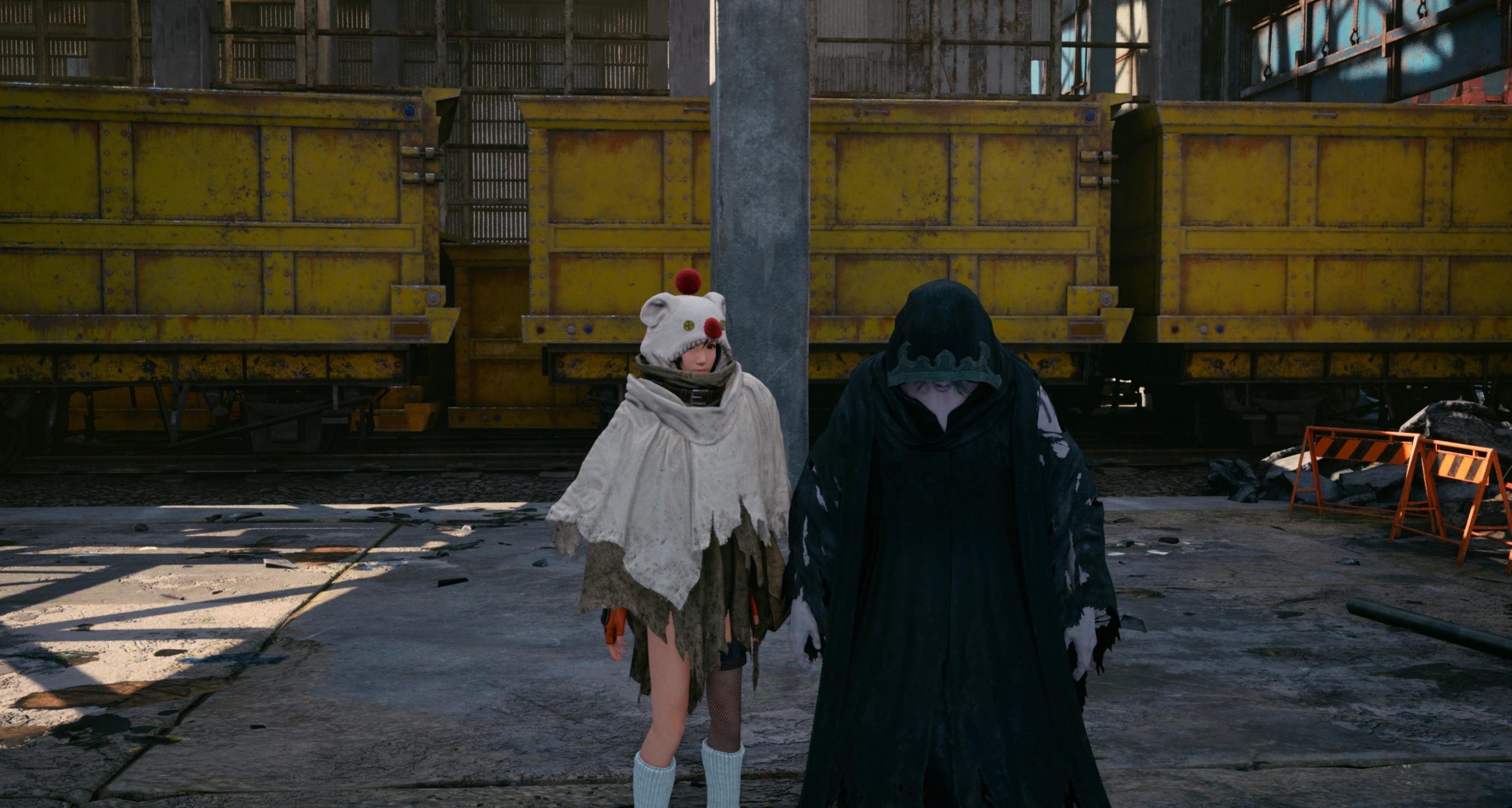 To be clear, the Yuffie DLC starts you off at level 25 with a kitted-out ninja with attitude. The game warns you that there’s no explanations for the vast majority of the base Remake concepts, and the story is very much assuming you’ve already played the main campaign. The good news is that it’s also completely separate, so you don’t need to have a “clear” save file or anything wacky (especially useful if you had transfer problems for whatever reason). You can just jump in.

The shining star of the DLC is Yuffie herself on multiple levels. She’s fun to play, as she sports a 4-Point Shuriken weapon that can engage in close and ranged combat on a whim. While melee mashing is on the table, you can also toss your weapon at an enemy then trigger ninjtsu magic, which can be modified into any element you want. It’s the finishing touch on an already fantastic kit, and she has a lot of personality roaming around the map, chucking her star at boxes and puzzle solutions. I hope that if she becomes a full-on party member in the next part, she retains a lot of what she has going on here. Seeing her stumble as she walks sometimes is lovely too. They put a lot of effort into making her a real character.

Yuffie is joined by her partner Sonon very shortly into the story, who operates off of a mostly automatic AI system. It works, namely because you can choose to trigger abilities at any point using a menu (R2), and “synergize” with him with L2 (which is a toggle) to basically get him to do what you’re doing. The synergy mechanic is not only flashy (both in terms of the UI and in-game impact), but it’s interesting, too, as Sonon charges his ATB gauge less when you’re using it: leading to a give and take, throttling usage. In synergy mode some abilities can be morphed into powerful “team-up” abilities, and I was reminded of shades of Chrono Trigger‘s similar concept on a base level. Yuffie and Sonon work well together, and I think Square Enix found a decent middleground between full-on gambits and lack of AI control here.

But it needs to be said, this thing is super short and very familiar. And therein lies the main sin of the DLC: it does feel like too much of a side story at times. While I appreciate the different perspective — the “Lion King one and a half treatment” if you will — we’re retreading in familiar areas in the slums and Shinra Headquarters here: exact locations, in several cases. Now I wouldn’t classify it as “recycling” outright like many DLC scenarios of the past few generations, but it would have been nice to see more of Midgar. The bonus is that we get to see it in a new light with Yuffie, which elevates it far above what could have been a throwaway DLC.

While the journey is a blast, shore up your narrative expectations: this is a side story.  Other than the ending, nothing in this Yuffie DLC is going to get people riled up. This gaiden actually does play out similarly to the base game, just shrunk down to size. The whole shebang, including both episodes, is around four hours with some exploration, and a few hours more if you do absolutely everything. After the separate file is completed, you can redo it again on hard mode, just like the real game. There’s combat simulator challenges to mess around with, and the Fort Condor minigame, which is kind of like a castle defense joint (sending certain rock-paper-scissors minions into battle). Similar to Triple Triad, you can challenge NPCs and unlock new game pieces, which is neat…for a time. I really wish it supported multiplayer, because battling only AI in certain areas can only go so far.

As far as Final Fantasy VII Remake Intergrade INTERmission goes as a whole, I’m really glad it exists. Yuffie is a character worth exploring on her own, as the enhanced focus on the Wutai and Shinra conflict in the Remake needed fleshing out. To be frank I wouldn’t mind seeing another one of these, say for Vincent, at some point.

[This review is based on a retail build of the game provided by the publisher, and primarily deals with the Yuffie DLC on PS5.]