A fairy tale with teeth

[Fantasia 2018 has officially come to a close! Be sure to hit up Flixist for our coverage of the weird and wonderful films of the festival.]

A mythic force is spiriting people away in a rundown Mexican town, leaving droves of abandoned children to cluster together and wander the streets themselves. This force is responsible for the disappearance of 10-year-old Estrella’s (Paola Lara) mother, and now she suffers to survive on her own.

A cartel controls this town like a mad god, taking who it wants and doing with them as it pleases. All Estrella has against this evil is three wishes, the help of a gang of parentless children, and the demands of her dead mother. What unfolds is a tale that’s dark, mystical, and absolutely unafraid of its vicious subject matter.

Ruined buildings and hovel camps line the landscape of the unnamed town in which Tigers Are Not Afraid takes place. It’s all dark and grimy Gothic decay, which elevates the hopeless situation these children face as they flee the constant threat of a cartel that wants back a stolen cell phone and plans to take Estrella’s life. The children run from age 10 at the highest down to boys barely older than toddlers.

They’re all dirt-streaked, in rags for clothes. The filming captures the ruined beauty of each location as it’s reclaimed by nature. The sights also remind us that even when the children find some joy, death always surrounds them. It’s always hunting them. Given three pieces of chalk, each one representing one wish, Estrella only winds herself deeper into hopelessness. Not only is the cartel searching for her because of her second wish, but her first was for her mother to return, which only summoned the woman’s vengeful spirit and the spirits of the others killed by the cartel. They haunt Estrella demanding she helps bring the cartel to them.

This connection that Estrella builds with the dead serves as the film’s main push into  horror. The spirits are disturbing collections of filthy bodies, trapped in plastic, featureless except for their grasping hands. They’re effective creations that haunt you as much as they haunt her. 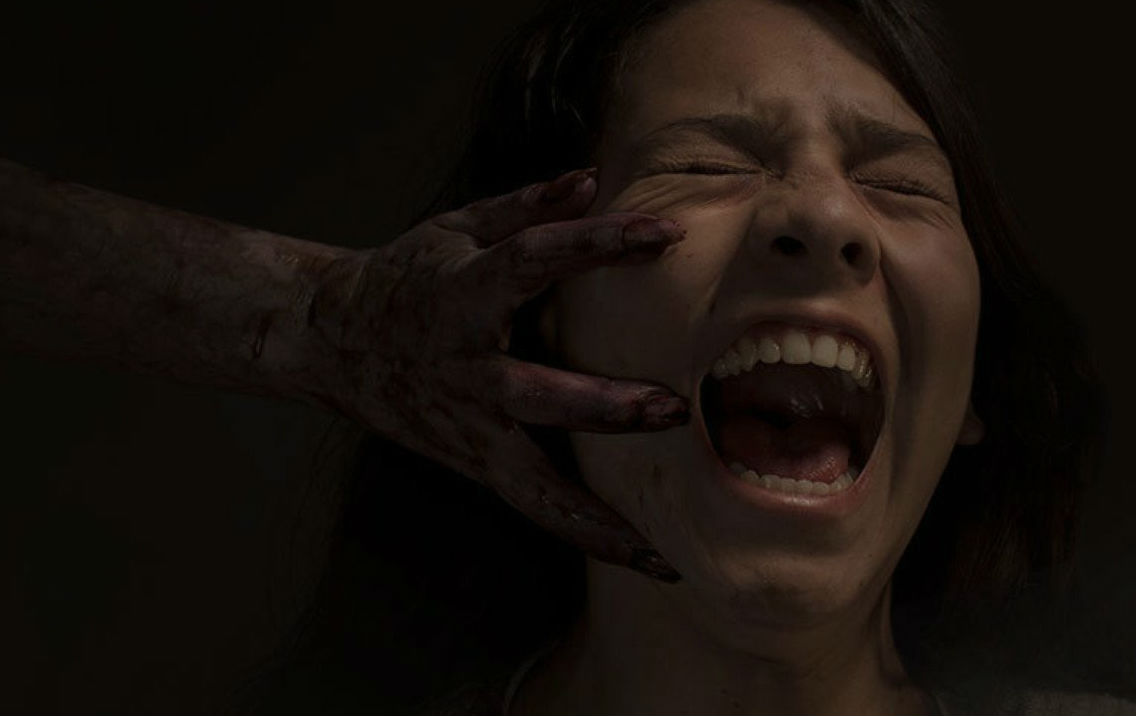 Beyond that, real horror escapes the supernatural and focuses on the struggle of these desperate children in a town where no one is safe and no one will help them. There’s bloodshed. There’s death. There’s a heartbreaking abundance of helplessness. And yet the cast shows a stoic determination to survive no matter the odds. Using the very real and present monster of cartel members as the evil force of the film is a risk, but López doesn’t shy away or pull any punches, and she has succeeded in creating something that absolutely wrangles your guts and worms into your thoughts.

Mixed through are elements of magic realism with bats, snakes, and even a tiger appearing without any explanation, adding to the beautiful horror that permeates every shot of the film. They’re the only break from reality, though they’re just as mired in the dark tone. A fairy tale logic of the grisly old fashioned kind moves the plot, where wishes never give what’s desired and anyone who wants to be royalty in this kingdom of broken things has to suffer greatly to earn it.

Tigers Are Not Afraid is like Pans Labyrinth in its mixture of horror and fairy tale, reality and fantasy, but it’s more socially present and harrowing. It’s bleak, heartbreaking, and totally unforgettable.