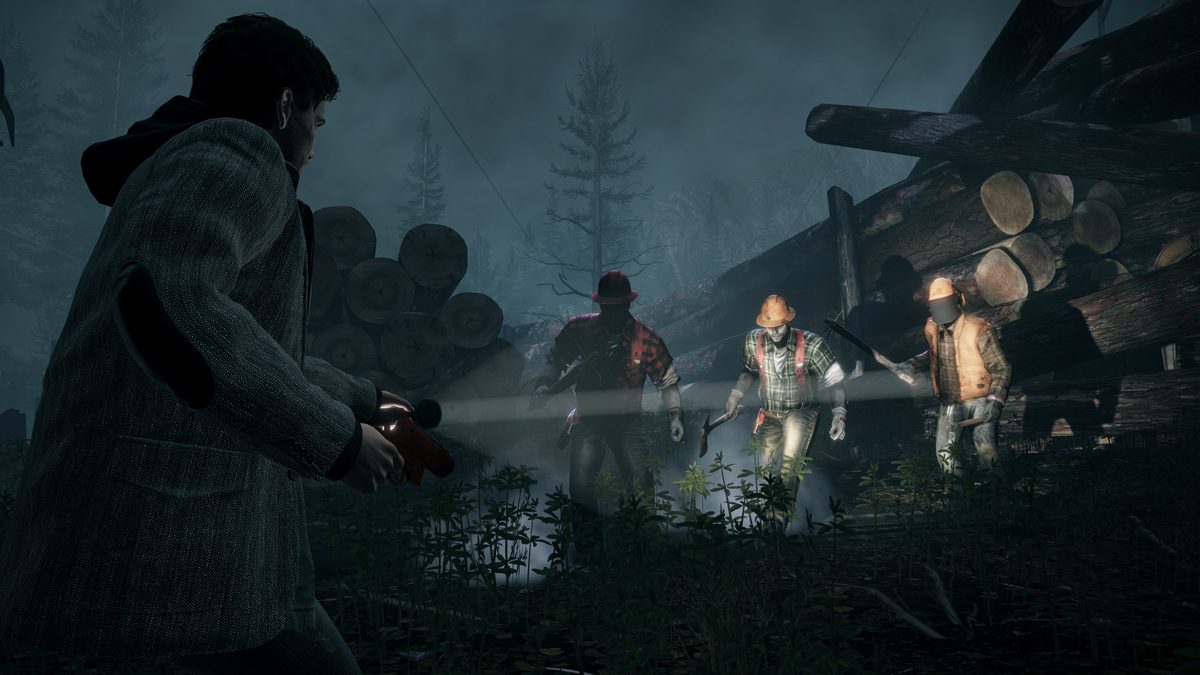 If there is any console I greatly regret missing out on, it’s the Xbox 360. One of my college roommates had one for the brief year we lived together, but that was early in the 360’s lifespan and we only ever played Call of Duty 2 and Gears of War on the thing. Once he moved out, that was the end of my access to the hardware. That fact alone is why I was so eager to get an Xbox Series S when Microsoft first announced it. With that little console and a Game Pass subscription, I would finally be able to play all those 360 exclusives that passed me by.

The one exclusive I was most excited to try was Alan Wake from Remedy Entertainment. I actually had it downloaded onto my console before it was pulled from Game Pass, but due to hectic scheduling, I never got around to playing it. A few weeks ago, I finally carved out a little time in my calendar to sit down with the game, only for Epic Games and Remedy to announce this remaster less than a day later. I had already waited more than 10 years to play the game; surely it would be worth it to wait a few weeks more, right? 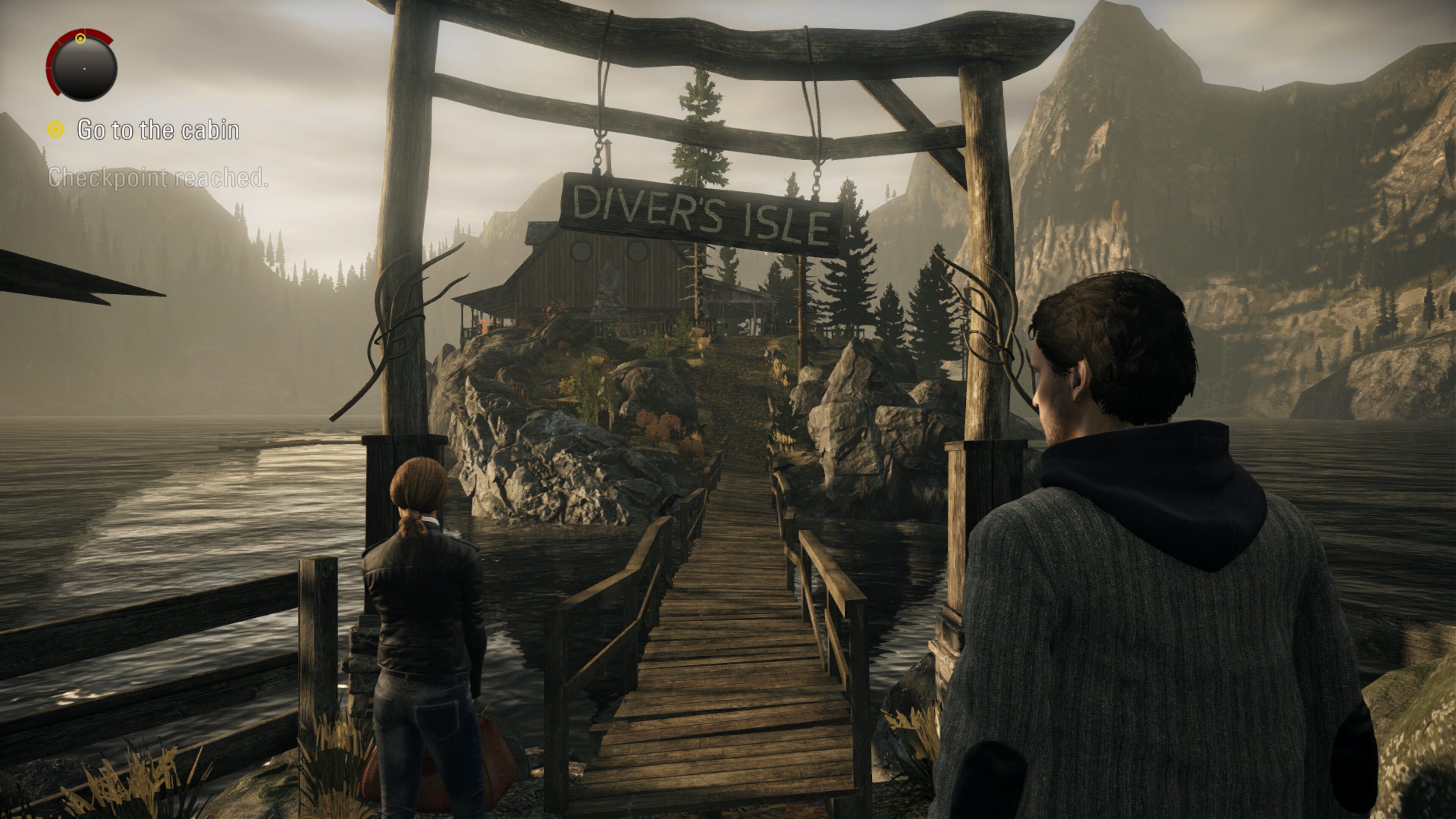 If you’re looking for a review that’ll compare and contrast the original version of the game with this remaster, this is not the review for you. I’m coming into this entire experience fresh with very little knowledge about what this game is. Beyond starring a writer named Alan Wake and being heavily influenced by the classic television series Twin Peaks — something that was very common around the time this was released — everything I experienced over the past few days of playing was new to me. And really, I couldn’t be happier going in with so little about it spoiled.

For those who are going to experience this game for the first time with the remaster, Alan Wake Remastered is a psychological thriller featuring a best-selling writer suffering from a bout of writer’s block. His wife, Alice Wake, takes him to the small town of Bright Falls for a little R&R, but things quickly go awry when Alice vanishes from the cabin they’ve rented, and Alan awakens a week later not knowing what happened. What follows are six episodes of Alan searching for his wife while trying to understand why passages from a book he doesn’t remember writing keep showing up on his journey.

One of the most surprising aspects of Alan Wake for me is how quickly this game plays out. Each episode flows at a comfortable clip, and rather than bog players down with elongated cutscenes to push the narrative, Wake provides a constant narration of his thoughts and actions throughout the game. It’s a very effective technique, almost like listening to a book on tape, but it does come at a cost. Alan and his personal connections are the only people who get fleshed out here. A majority of the residents of Bright Falls that you meet come and go quite quickly, and you’re never actually given a taste of what life is like in Bright Falls. One of the first scenes in the game is this slow ferry ride to the town and it’s actually quite a striking sight. Unfortunately, that’s the best look you’ll get of the town as most of your time is actually spent exploring the various wooded areas around it in the dead of night.

As unfortunate as that might be, these forests are quite lush and overflowing with nature. I grew up in the Pacific Northwest, so a lot of what I saw here reminded me of the woods I explored during my childhood, but with a hell of a lot more cliffside pathways. As dense as these forests might be, it’s never too difficult to find your way through them so long as you follow the light, which is actually one of the main themes of the game.

While several allegories run throughout Alan Wake, on the surface, this is a very simple story about light versus dark. And I mean that in the literal sense, as the light from your flashlight or the various overhead lights you encounter are the only things that can save you from the “Taken”, a physical manifestation of darkness represented by the people of Bright Falls. Shine a light on them to weaken the darkness, then finish them off with one of the weapons you pick up along your journey.

You’re going to need to be on your toes throughout the game because the Taken can attack you from anywhere. On harder difficulties, it’s easy to find yourself completely surrounded by them. Sometimes it’s best to face them, sometimes it’s best to make a run for it. Just know that while Alan Wake will run out of energy, they won’t, so you better have a good strategy to survive if you’re nowhere near an overhead light source. Beyond your flashlight and various weapons, you can dodge their attacks, but with how iffy the dodge mechanic is (and how easy it is for them to just keep running after you), you best not rely on it. 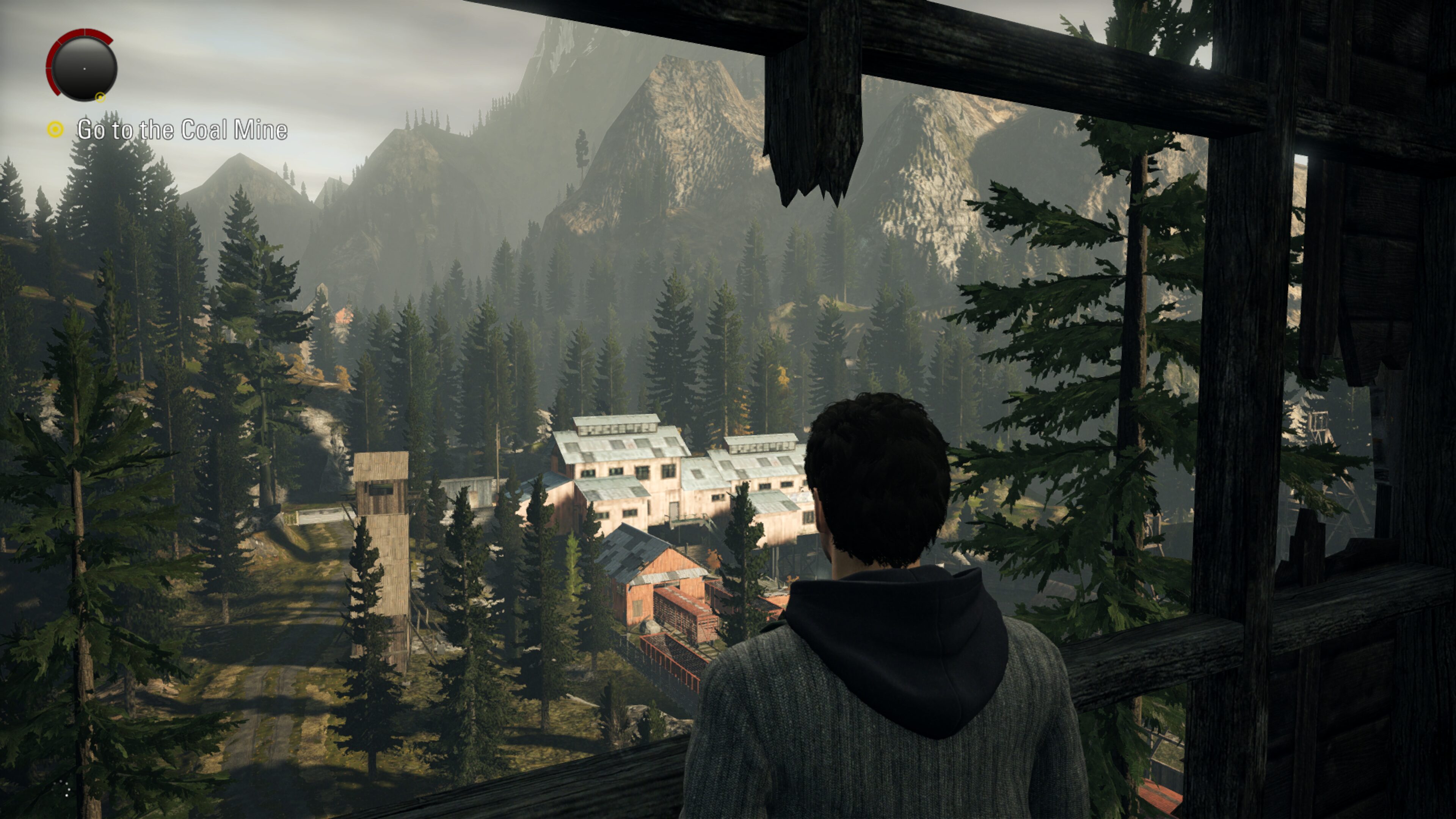 I wasn’t prepared for how combat-heavy Alan Wake is. As a psychological thriller, I was expecting something more cerebral. While there is plenty here to mess with your mind, most of it is just some good ol’ fashioned American pew-pew, bang-bang gunplay. And that’s not a bad thing. The gunplay here works pretty well and you’re encouraged to use the full gamut of supplies at your disposal to defeat the Taken — especially on Nightmare difficulty — but I guess I was expecting a greater number of puzzles. There are only a handful throughout Alan’s journey and they’re all disappointingly easy.

That said, I don’t want to sell the Taken short because I truly feel they’re a great enemy. They can be intimidating and overwhelming, and they actually have some personality to them with the little lines of dialogue they spout that reference their life in Bright Falls. They’re anything but mindless grunts you mow down and I couldn’t help but feel bad pumping one of them full of lead as they blabbered on about their trailer park. They’re not what I’d call a “scary” enemy to face — in fact, if you’re expecting Alan Wake to be a horror game, don’t — but I appreciate the love and care that went into their creation. 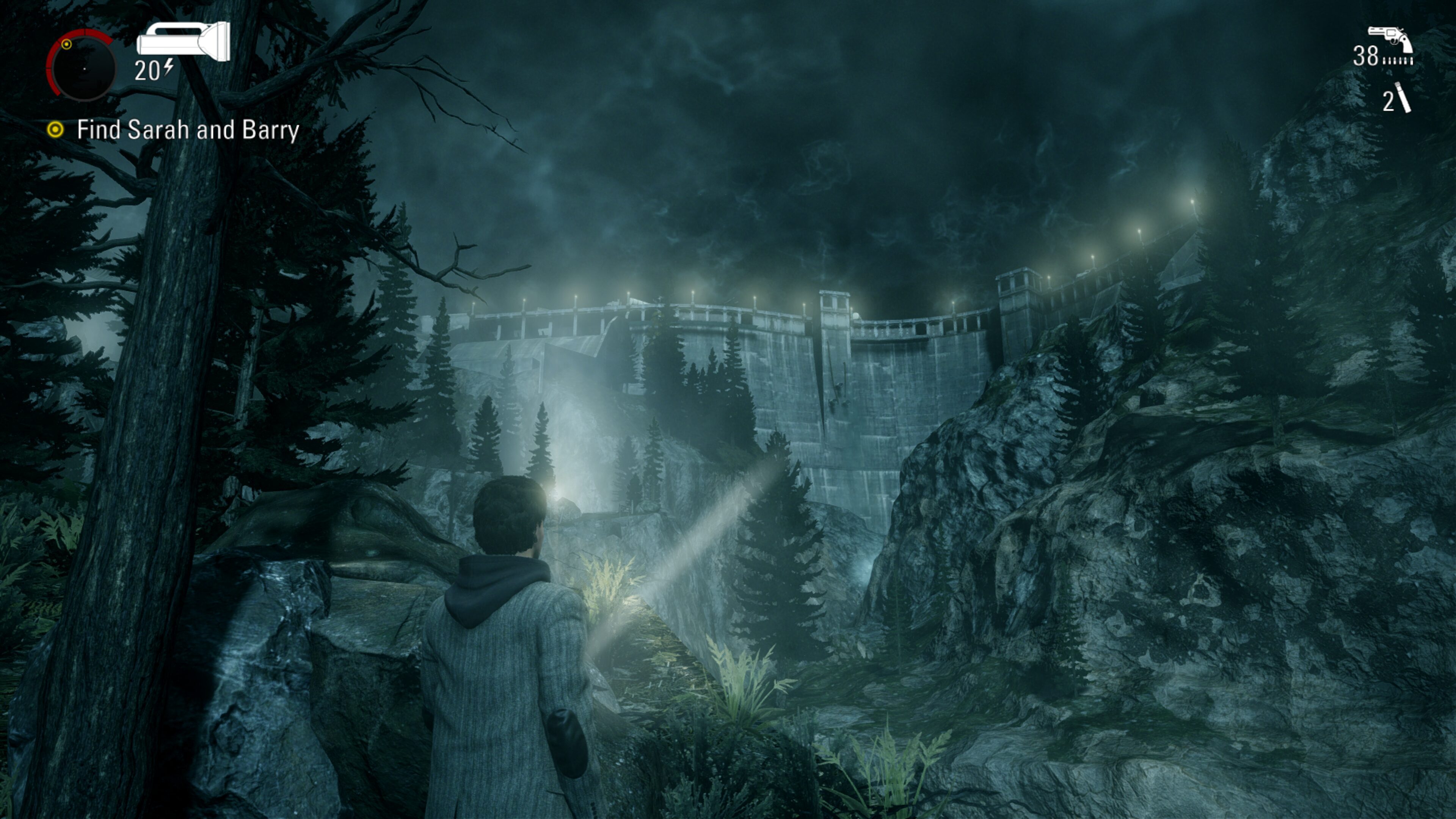 Gunning down the darkness-stricken denizens is fine, but I didn’t really enjoy the combat here until I hit the bonus episodes. Alan Wake doesn’t venture too far into the strange and absurd in the main game, but in “The Signal” and “The Writer,” you can see the developers go for something creative and out there, and use the full extent of this world to their advantage. I’m glad both bonus episodes are included right out the gate because I don’t know if I would have fully appreciated Alan Wake with just the original six. These last two tales help round out the narrative, and it’s just a shame the American Nightmare DLC wasn’t included as well.

The lack of a “complete package” aside, I think this is an excellent game with a memorable narrative and some of the best forests I’ve ever ventured through in a video game. Yes, you can feel the skeleton of the 360 original throughout it — and yes, some of the bits inspired by Twin Peaks are really on the nose — but that’s more than negligible when everything else about it beckons you to keep playing. I’m already thinking about a return trip to Bright Falls to watch all the episodes of Night Springs I missed and get those manuscript pages that are only available in the Nightmare difficulty. That’s significant for me because I’m usually a one-and-done type of guy with narrative-driven games.

But I’m not ready to let this one go yet. I waited more than 10 years to finally play Alan Wake, and now that I’ve seen the credits roll, I can’t get it out of my mind. It’s firmly sunk its teeth into me, and like with many of the other greats, I’ll be returning to this world again and again for years to come.