I’m constantly reminded that we’re in a rather strange era of gaming. While past generations have decidedly kept console and portable gaming completely separate, the two experiences are converging more and more with the rise of Apple and Android devices.

What were once privileged devices have become a lot cheaper, and they’re starting to dip into Sony, Microsoft and Nintendo’s profits as the mobile arena is poised to slowly start chipping away at the industry proper. 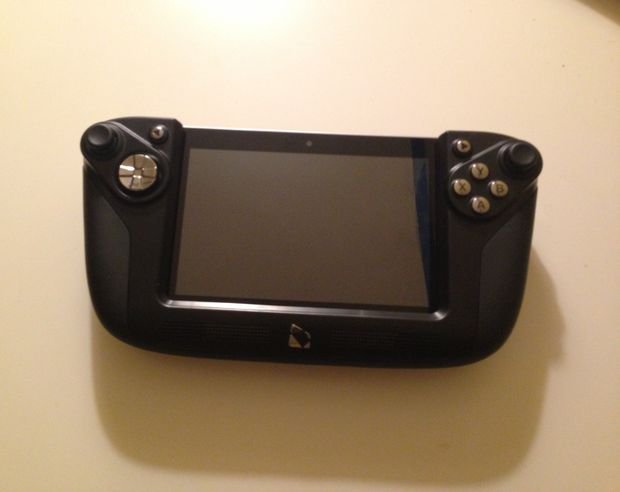 Once upon a time the Wikipad was supposed to have glasses-free 3D and a large screen. But eventually, Wikipad Inc ended up with this particular model, which has a seven inch screen (1280×800) and no 3D to speak of. If you want more specs, the Wikipad ships with Android 4.1 (Jelly Bean), an NVIDIA Tegra 3 processor, and 1 GB DDR3 RAM.

These specs aren’t top-end in the slightest, but they can handle the vast majority of what the Google Play store can throw at it. Just keep in mind that it can strain a bit on a few higher-end games, which may be an issue. You likely won’t run into much trouble at all in the short term as I rarely ran across a performance problem, but just know it’s not future proof. The screen itself isn’t the absolute cream of the crop, but good enough to deliver a sharp high quality image.

There’s 16GB built into the unit itself (which is really nice right out of the gate), with the option for expandable memory via Micro-SD (up to 32GB extra), which is a really great touch since you’ll most likely want to load it up with high capacity games. Other connections include a standard headphone jack, and the ability for TV-out via Micro-HDMI — so you can pretty easily hook the Wikipad up to a big screen. Like most tablets, there’s a power button on the side in addition to two volume controls, and the touch screen itself works great. 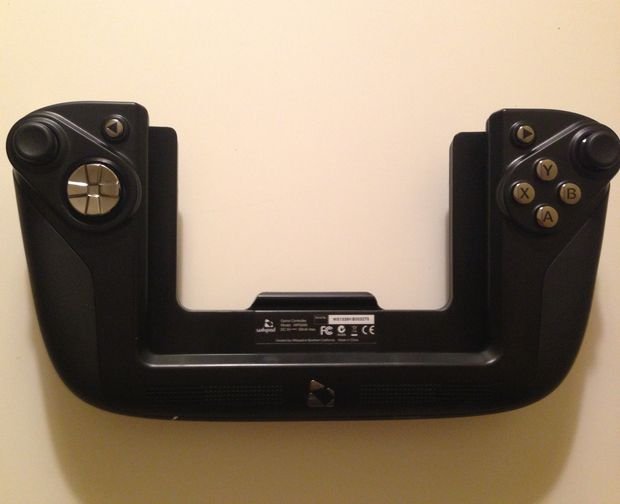 But one of the main selling points of the Wikipad is the included gamepad cradle, which attaches directly to the seven inch tablet. To be blunt, the cradle is hideous, but hey, it works. It’s literally plug and play, which is crazy because all it takes is a quick snap into the tablet’s Micro-USB port. It’s very firm and fits like a glove, so there’s no fear of dropping it or the device slipping out. You can even charge the tablet while it’s cradled, which is nice.

The analog stick placement is a tad weird as they’re not quite as off-centered as the 360 controller’s sticks, but they’re not awkwardly side by side like the Dualshock — so it’s somewhere in the middle. Before you work them in the buttons feel a little cheap, but I didn’t have issues like sticky triggers or unresponsive inputs. Like most standard controllers these days there’s two trigger buttons, two buttons on the top (LB/L1, RB/R1), four face buttons, start, select, an eight way d-pad, and two clickable analog sticks.

Keep in mind though that the Wikipad isn’t wholly unique, as there are a number of gamepads that can be paired with Android tablets, not to mention straight controller integrated devices like the Nvidia Shield (which has a better performance rate than the Wikipad with a 1.9GHz Tegra 4 chipset). So there are options out there if you want a gaming tablet.

The OS itself is technically dated (it launched last year), but it actually works quite well. Pretty much all of your typical Android functionality is alive and well, and I didn’t have any major issues engaging in typical tablet based business. Thankfully there’s no strings attached with the Wikipad, as it grants full access to the Google Play storefront — not a gimped, fragmented version like other Android based devices. 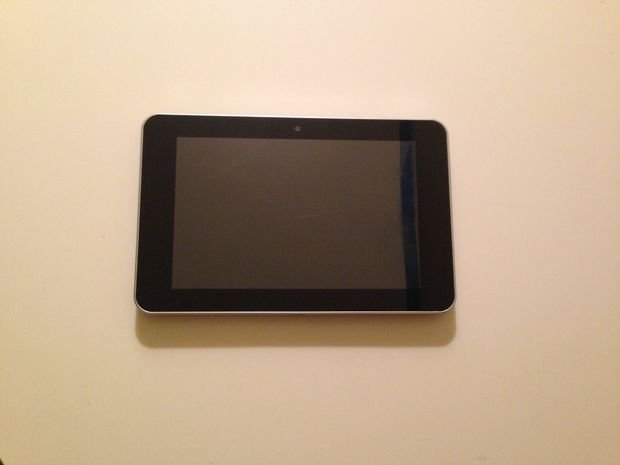 As an added bonus, the Wikipad is a PlayStation Certified device, which means it has access to the PlayStation Mobile storefront (note that this doesn’t mean PSOne Classics, just PlayStation Mobile) with full support for the Wikipad’s control scheme. As such, I was able to load up my PSN ID and queue up a few downloads right off the bat like Super Crate Box. It also ships with a Tegra Zone app that finds compatible games for your Wikipad.

So on to the important part — the games. Not every app supports the Wikipad’s controller out of the box specifically, but if it supports gamepads, you can certainly remap it with ease. The Wikipad comes pre-loaded with a few games, most notably Shadowgun: Deadzone (an online shooter), and Dead Trigger by Madfinger Games. All of the native games work wonderfully, and I almost felt like I was cheating in Shadowgun while playing online due to the precise analog movement. Games that would logically make sense like GTA: Vice City: 10 Year Anniversary also work, but you have to double-check for gamepad support (or cruise the Tegra app) before you plunk down your cash.

The Wikipad is basically a different incarnation of an older Nexus 7 with a giant controller attachment packed in. I enjoyed my time with it and found the controller to be surprisingly comfortable, and the ability to access Google Play, the Amazon App Store, and PlayStation Mobile is great. But considering the device won’t age well, I’m not sure if it’s worth the full asking price, and the Wikipad may have entered the market a tad too late.