Without a doubt, this non-gaming software has been the killer app for me during the launch of the VR revolution.

Virtual Desktop (not to be confused with the identically named Windows utility) is a Steam (and Oculus Home) app that takes your standard Windows desktop and fully drops it into VR. From emulated home theatre setups to giant floating curved monitors in space, Virtual Desktop has become a huge part of my day-to-day VR usage.

That’s partially due to the fact that I wrote this whole review while atop a mountain at sunrise. The fact I could not see my physical keyboard didn’t stop me from being able to work efficiently from within VR. 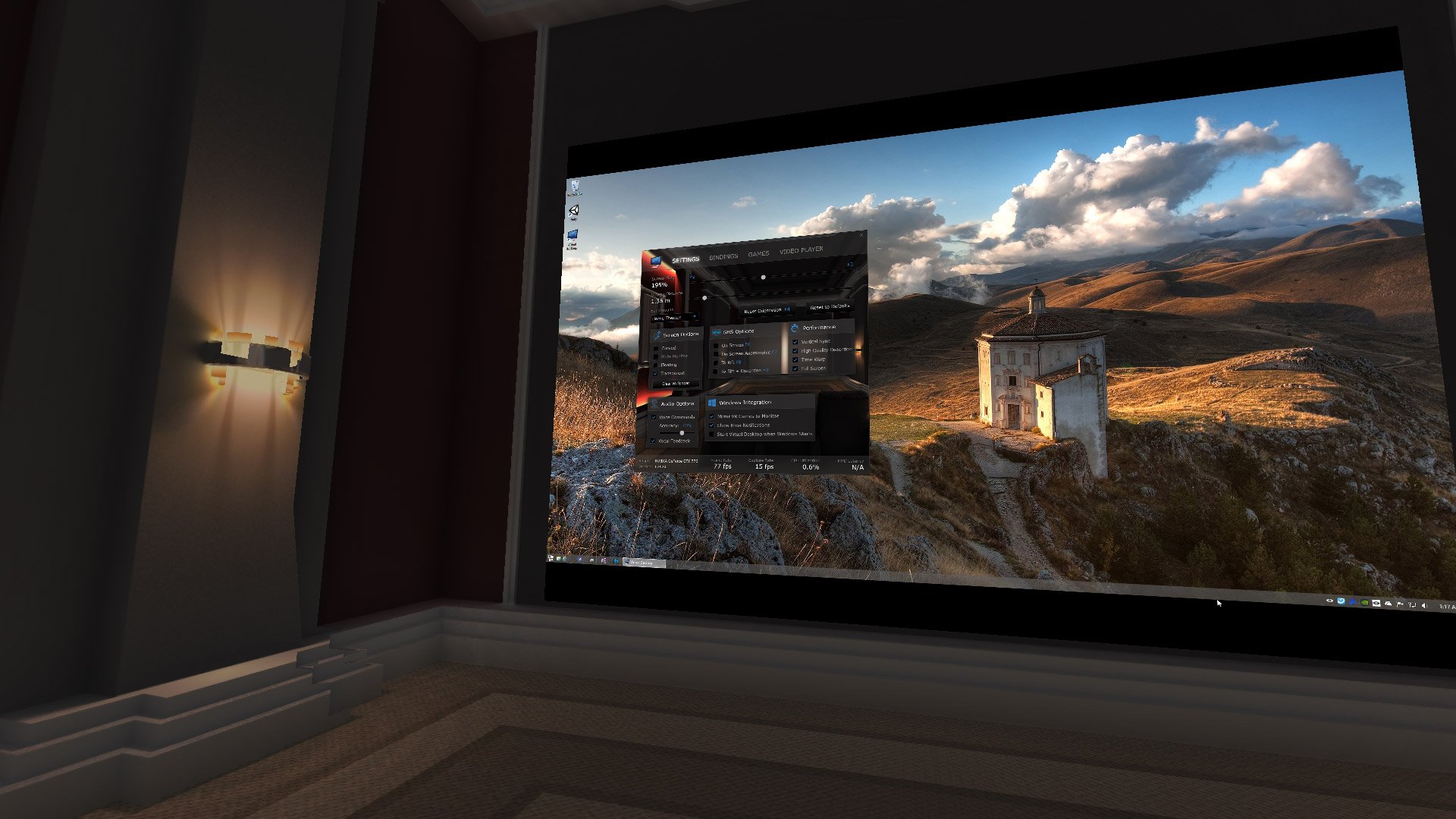 Where systems like Oculus Home or Steam VR facilitate moving between VR experiences from within your shiny new headset, Virtual Desktop is set up to emulate your whole PC setup in VR. I’ve honestly found very little I can’t do from within the program while wearing my headset.

In the past few weeks I have used my Vive with Virtual Desktop to play Dark Souls and Hyper Light Drifter on a giant IMAX screen, watched Netflix and YouTube in a similarly large theatre environment, listened to music while floating in a drug-like VR visualiser, done podcasts, articles, and other work while floating in the void of space and edited video and audio on screens far larger than those I am used to.

The ability to alter the virtual screen’s size, distance, curvature and position, as well as swapping between virtual environments — making my desktop background seamlessly mesh with the backdrop I am working in — and easily load in 360-degree content or even hot swap to dedicated VR environments made Virtual Desktop a hugely engaging tool to use.

Most importantly, the program uses an incredibly small amount of system performance to do all of this sharply and responsively. I never saw the program take up more than 1% of my CPU, which for a program this responsive is incredibly impressive. This minimal CPU usage also ensured running Virtual Desktop never got in the way of gaming, streaming, video exports, or other high intensity functions.

Honestly, the only complaint I currently have about Virtual Desktop is that your virtual environment is limited to the number and resolution of physical monitors you have plugged into your PC. The ability to create additional monitors without physically owning them would allow me to considerably declutter my office.

Otherwise, I find it very hard to complain at all about Virtual Desktop. It’s an incredibly polished app that take minimal resources to provide a number of functions that feel like they should be a standardised part of the VR experience coming to consumer homes.

My main hope is that similar functionality is eventually rolled into the official VR operating systems. As amazing as the program is, these do feel like functions that should have been bundled with VR, rather than needing to be sold separately.