This art book is much less scary than the game

Alien: Isolation has received a lot of praise over its faithful recreation of the original film’s lo-fi take on science fiction. “Truckers in space” was the aesthetic director Ridley Scott set out to capture and the decks and corridors of the shipping vessel Nostromo defined a sci-fi art style for 35 years.

Titan has a new book out showcasing the concept art and illustrations that inspired Isolation but they could have just as easily come from a book showing the ideas behind the original movie.

[Don’t forget to enter our competition to win a copy of The Art of Alien: Isolation. Just click here for more info.] 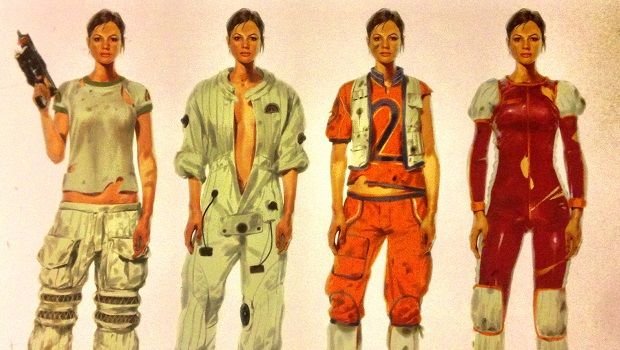 Despite being set 15 years after the first film, Alien: Isolation copies the design and art style of the movie almost exactly. This is still grungy, industrial, workman-like sci-fi, not flashy, shiny space opera. Each chapter of the book shows that plenty of thought went into making every visual element stand out and fit in with the style of the original Alien.

The book is a good opportunity to get a better look at protagonist Amanda Ripley, who only fully appears in the game’s cutscenes. There’s a whole heap of costume designs and concept art that looks like it came right out of the sketchbook of either Ron Cobb or John Mollo. You’re given a better sense of what went into attempting to make the art of Isolation have that “lived-in” feel. There are also quite a few drawings of various space craft, which is just like catnip to me. 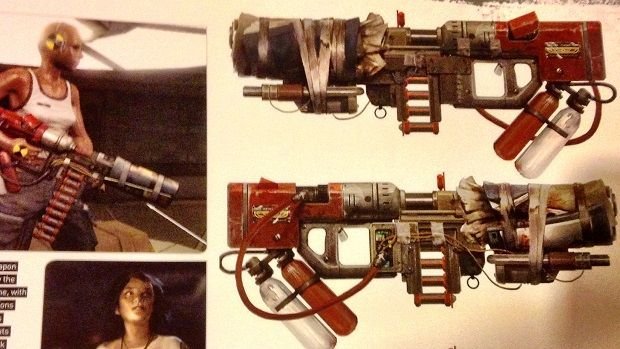 The center piece of the game is the one thing you don’t want to see, the Xenomorph itself. Again, the concept art does a fine job of showing the changes in design the team went through. The initial sketches depict a more muscular alien, whereas the final model ended up being a thinner, more lithe creature. Of course, if you’ve seen any of the films, you’ll already be very familiar with the design of H. R. Giger’s iconic monster.

On that note, the only really disappointing element is how familiar much of the artwork feels. For fans of the Alien franchise or gritty sci-fi in general, there isn’t anything unexpected here. The team at Creative Assembly has done an excellent job recreating the look of the original film but it’s a shame there aren’t more surprises to be found.

There is artwork of sequences cut from the game, like a brief zero-G section and storyboards for unused dialog sequences. Still, Alien: Isolation is undoubtedly a faithful recreation of a beloved film and this art book shows how dedicated Creative Assembly was in making the game.