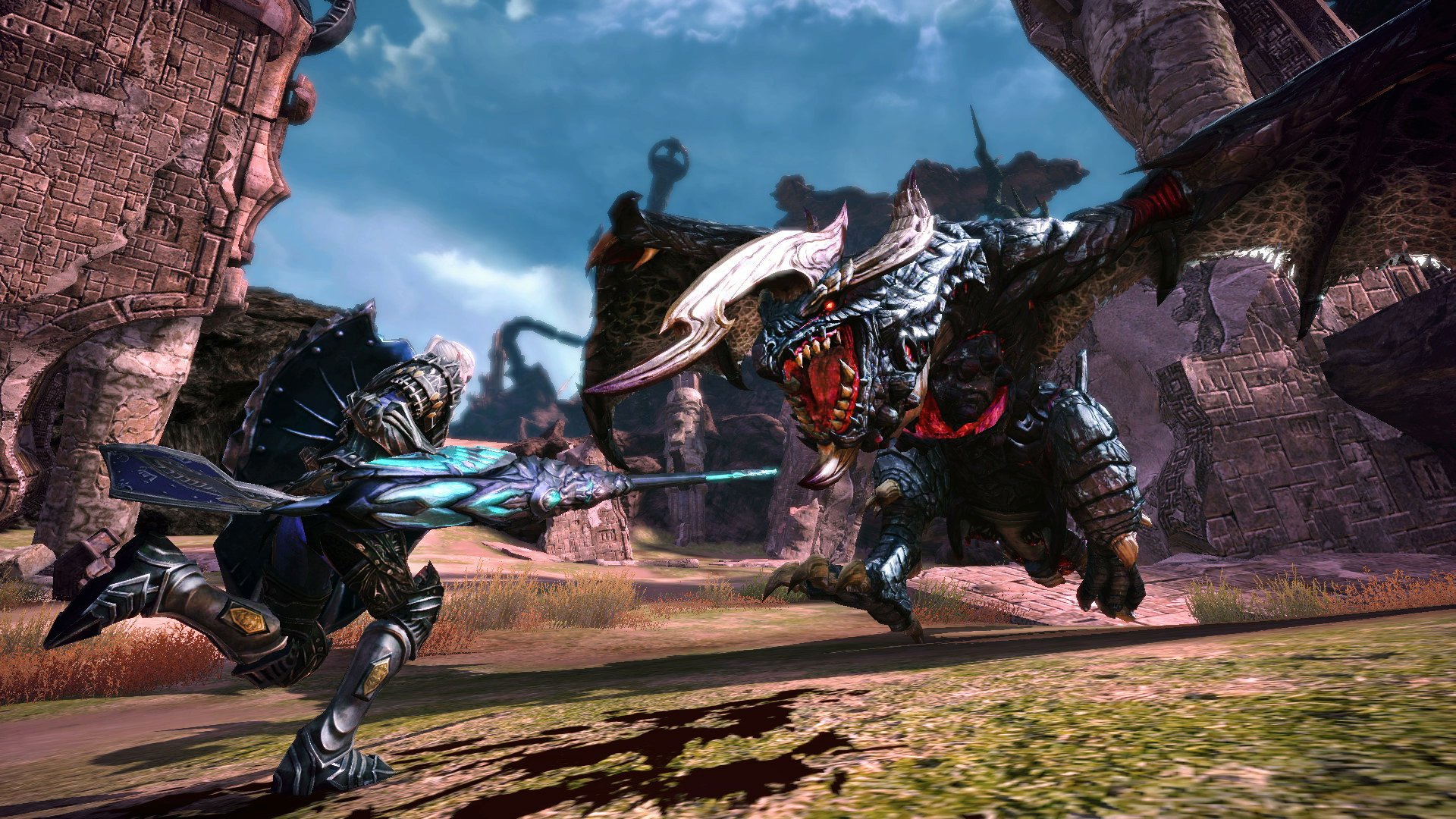 TERA managed to accomplish a feat that’s still rare in the MMO industry — create an experience crafted around action.

Whether it’s adherence to old standards or technical limitations MMOs mostly adhere to slower systems, generally with lengthier global cooldowns (preventing quick ability spam) or a lack of aiming mechanics. Naturally, building an entire game around a fun and active combat system forces some other shortcomings to rise to the top, but TERA‘s move to consoles has been rather smooth. 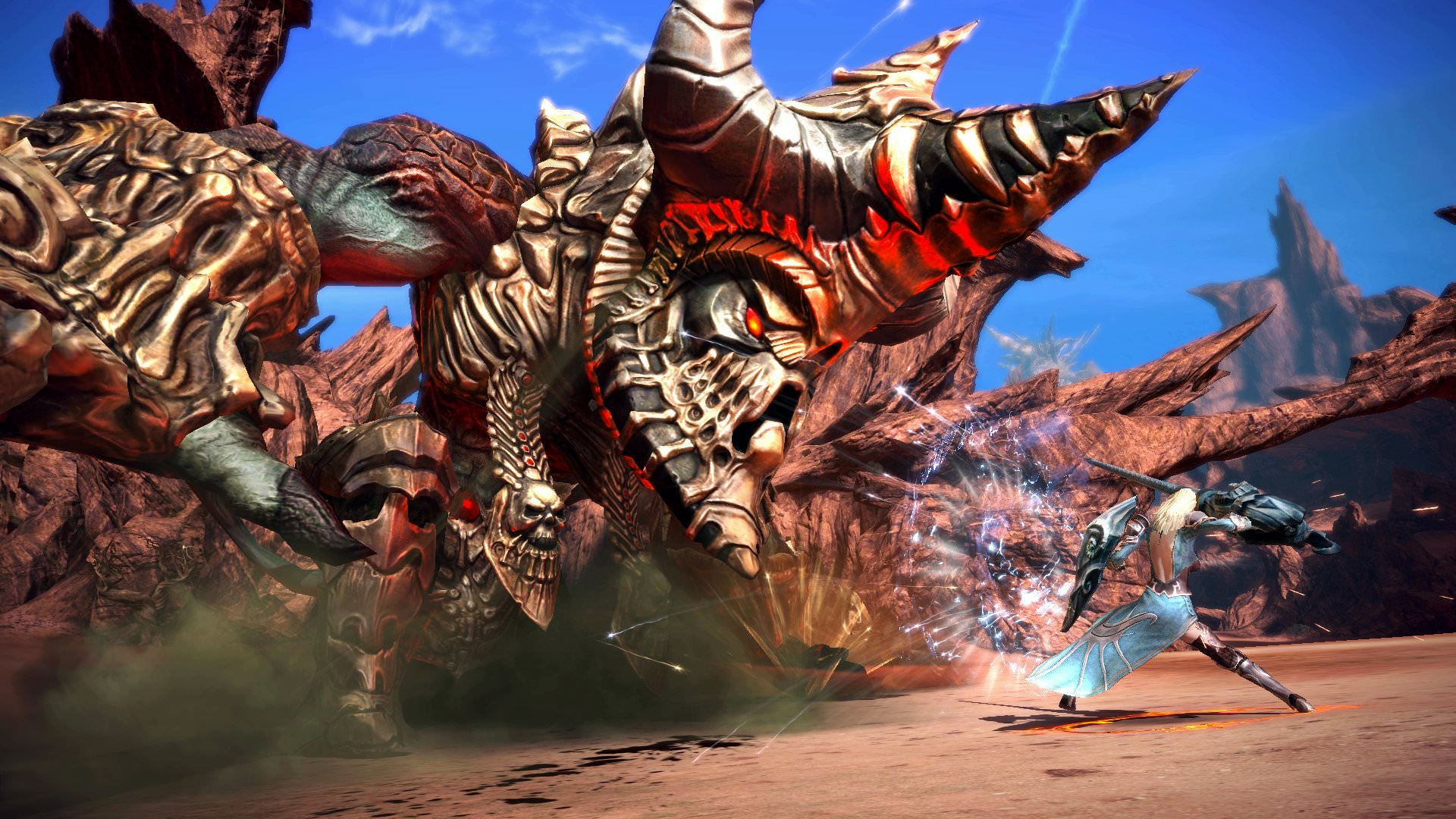 I played TERA quite a bit at its launch (back when it was called TERA Online), and I wouldn’t say I outright quit — I kind of just slowly drifted away over time and occasionally returned to it for the past six years or so.

That’s a long time in modern MMO years (many projects would have long shuttered by now even with a free-to-play model), but Bluehole has been slowly hacking away with updates, various combat tweaks, and now, a full culmination of their battle system that’s perfectly suited for a controller. For the most part, the DualShock/Xbox remote’s face buttons and ancillary keys are linked to customizable abilities, with the power to call upon extra menus with L1/LB.

This includes concessions for things like linking dodge abilities to B/Circle, which mesh nicely with telegraphed enemy attacks (now a staple in MMO combat) to allow for skillful footwork even in basic overworld bouts. Arcadey elements like health motes also actively encourage chain killing instead of waiting for slower means of health recovery. TERA tries to sway you from the fatigue of grinding by elevating these moment-to-moment sequences of brawling.

One of TERA‘s best aspects (beyond its combat) is its art style. It’s anime-tinted, and all of its races and denizens look like something you’ve maybe seen before in some shape or form, but mostly unique to the world of TERA. Even in some of the more out-there MMOs you won’t see more than one or two drastically different race designs for player characters, but TERA has a decent array of humanoids, elves, rock men, and tiny pandas. When you’re walking around the world, odds are you’ll be seeing a lot of unique creations.

After creating my new High Elf Archer, it was time to start the leveling process all over again, which is just as painless as I remember. You get a mount really quickly after the starting island, which is great, and the console UI is mostly optimized, especially when it comes to quest dialogue, which zooms in and allows the NPC some weight as it takes up the whole screen.

The same goes for NPC labels, as they’re plainly conveyed, making quest turn-ins a cinch. Inventory management is slow, but at least it’s designed for consoles with quick menu flipping sans clunky faux mouse cursors. While menus are well done, most of the other on-screen text when you’re not engaging in menus looks cluttered, and quest items are archaically linked to menus when other games (like Final Fantasy XIV tie them to button presses).

TERA still has no real mid to end game onboarding which is a real shame for incoming new players as they’ll have to rely on the kindness of strangers or outside forums to learn their proper ability rotations. This isn’t unique to the MMO genre at all as nearly every game forces you to do this, and having trekked through MMO menus since Ultima Online I’m set. TERA isn’t nearly as complicated as most of the games out there — but you’d think there would be some concerted effort to bag the console crowd.

As for how TERA has evolved over the years (and if it’s worth picking up again for those of you who quit ages ago): it’s gotten markedly better in some ways, but remained stagnant in others. Like all MMOs it eventually got flying mounts and exploration opened up a bit more, but its world is much smaller than it seems. That world, mind, is mostly stable on consoles, as the only major performance issues I ran into happened in hub cities.

Experience gains and questing have been tweaked to allow a better leveling experience, but Bluehole never really figured out how to build a rewarding endgame — mostly relegating it to a (massive) dungeon grind or (the woefully neglected) PVP battlegrounds. Sadly, the console versions do not have ninja, gunner (my favorite), or valkyrie classes available at their launch: meaning, they’ll be balanced separately from the up-to-date PC build.

Despite these nitpicks that are unique to the console editions, TERA is still absolutely worth trying out if you’ve never delved into it before. It’s something I plan on sticking with on the side rather than as a main course, but those of you who are already chowing down on TERA should probably stay with the PC version.

[This review is based on a retail version of the game provided by the publisher, with full access to the console edition by way of early access. It is not scored as endgame was not experienced.]