Tactics Ogre: Let Us Cling Together is considered by many strategy RPG enthusiasts to be one of the best examples of the genre. Originally released on the Super Nintendo, then remade on the PlayStation and Saturn, it now finds itself on the PlayStation Portable. The story in this re-remake has been largely unchanged, but several new systems have been added to alter the manner in which it unfolds.

Do the changes implemented justify this game’s existence? Or would this title have been better off left alone? Let us read on together! 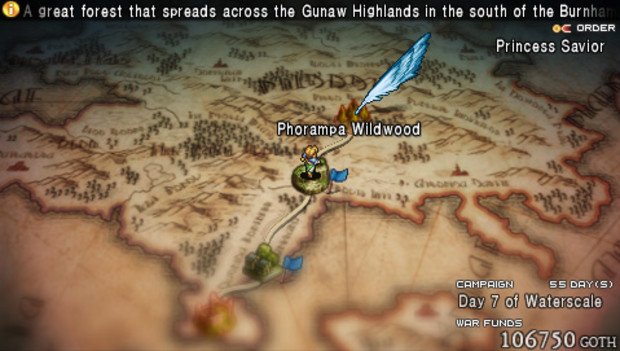 Fans of strategy RPGs probably know what to expect from Tactics Ogre, as far as gameplay goes. The world map is made up of several nodes to visit and paths to travel. Nodes will trigger cutscenes or battles, which is where the majority of time is spent. Battles occur on one of dozens of different square grid based maps, so care must be taken not only in choosing which units to bring to battle, but also in keeping track of relative positions.

One of the biggest factors that sets one strategy RPG apart from another is its story. Let Us Cling Together suffers here, largely because it had become a sort of prototype for strategy RPG stories to come. While it may have felt wholly original in 1995, in 2011 the major occurrences during the first half of the story feel a bit too predictable. Paradoxically, while the major events aren’t difficult to see coming, the minor events and characters can be infuriatingly convoluted. With what felt like hundreds of made up words describing the various countries, clans, characters, battlefields, spells, and other items, the minutiae can be extremely difficult to sift through at first. While there is an in-game encyclopedia for all of the events that have transpired and all of the characters met, I still found myself questioning why exactly I was fighting the battles I was. 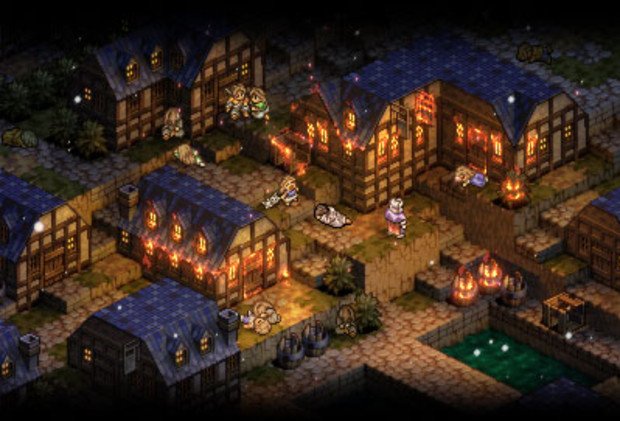 While the story may not actually get any less convoluted as the game progresses, it becomes clearer who the bad guys are. The hook of the story is that it features several different paths to take, each resulting in a significantly different series of events. In previous versions, the downfall of the branching storyline stemmed from the fact that a single playthrough lasted anywhere between forty and eighty hours, so most players would only ever experience one story, if that.

To help encourage players to find out how the story would change given a different decision, Square Enix implemented an in-game tree to view precisely the path the player has taken. The Wheel of Fortune, as it’s called (Let Us Cling Together features a heavy emphasis on tarot cards, not game shows), even lets the player go back to various decision points and play on from there down a different path. Unfortunately, this ability isn’t unlocked until the game is completed, and in the grand scheme, it doesn’t appear to save the player’s time that much more than simply starting a new game would. It would have been nice to have the option to skip the battles (which can last up to half an hour each) and view only the cutscenes down each path. 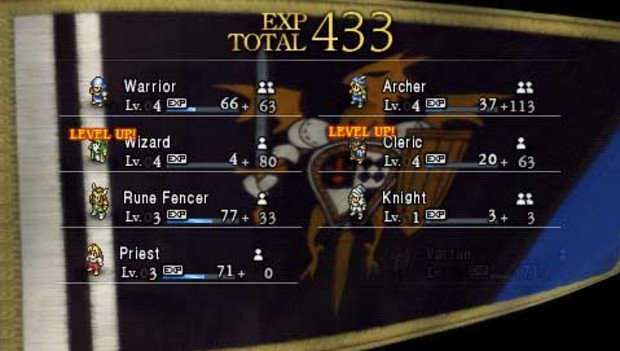 While the addition of the Wheel of Fortune is welcome, the actual battle mechanics are somewhat baffling. Instead of leveling up individual characters, the character classes gain experience and level up. While the intention may have been to ease the pain of losing a character, the result is that the game punishes variety and experimentation. For example, when most of my classes were at about level eight, I was introduced to the ninja class. Naturally, I changed my protagonist to a ninja immediately, but since he was back down to level one, he was useless for about five battles before I grinded him up. While it is merely a nuisance in the early stages, the problem is exacerbated in the late game.

Each character has a huge list of skills to choose from, but most of them are too specialized to be of any practical use. For instance, there is a skill that provides a marginal damage bonus to reptilian enemies. Considering that each character has a limited number of available skill slots, and reptiles only show up in a small fraction of battles, it seems silly to waste skill points on something like that. 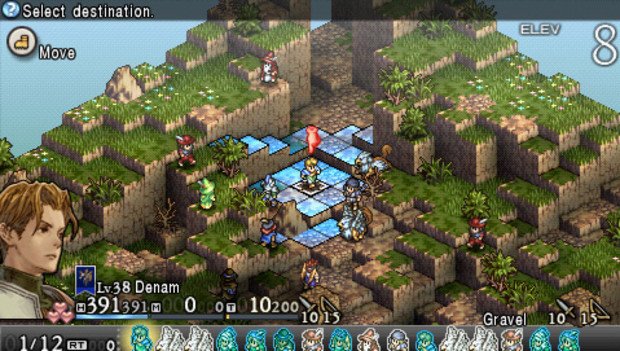 One surprising element is the difficulty in this remake. The Tactics Ogre franchise is notorious for being extremely tough, with permanent character death and sometimes sadistic enemy AI. The difficulty has been toned down quite a bit this time around. Rather than one life, each character now has three before he is permanently killed. Even then, Square Enix added a mechanic called the Chariot Tarot that allows the player to rewind any battle up to fifty turns back in order to amend any mistake made earlier on.

With the concessions in difficulty, I didn’t once lose any of the units under my command, but I can’t say the same about friendly AI units. Considering that the fate of friendly AI units has an impact on the direction of the story, it’s frustrating that they have no apparent desire for self preservation. On multiple occasions, the player is tasked with saving an AI unit in peril, but rather than retreating toward a friendly healer, the AI will usually charge headlong into enemy territory.

Graphically, Tactics Ogre received very little upgrade. The spell effects might be a bit flashier and more colorful than before, but some of the characters sprites are almost entirely unchanged from the SNES version. It looks nice on the PSP screen, but so much more could have been done to update the visuals. Audiophiles will find something to love here, as the soundtrack unlocks throughout the game, allowing the player to not only listen to songs on command, but also to read notes from the composer for each track. 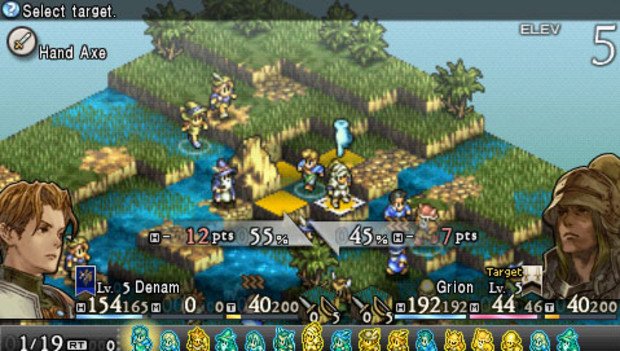 Overall, this most recent version of Tactics Ogre: Let Us Cling Together seems like a bit of a misstep. While the basic formula for a strategy RPG is always appealing for those who don’t mind some methodical gaming, a lot of the new additions are puzzling decisions at best and infuriating at worst. The Wheel of Fortune is a great idea to let players really explore the fiction, but it still doesn’t cut playing time down enough to get to the meaty story bits. Gamers interested in how choices affect a story, who don’t mind grinding, can handle a slow pace, aren’t bothered by the imposed lack of variety, have a knack for remembering minute details, and have a lot of time on their hands can probably find a real gem in Let Us Cling Together. But given how many qualifiers that last sentenced needed, most would be better off looking elsewhere.