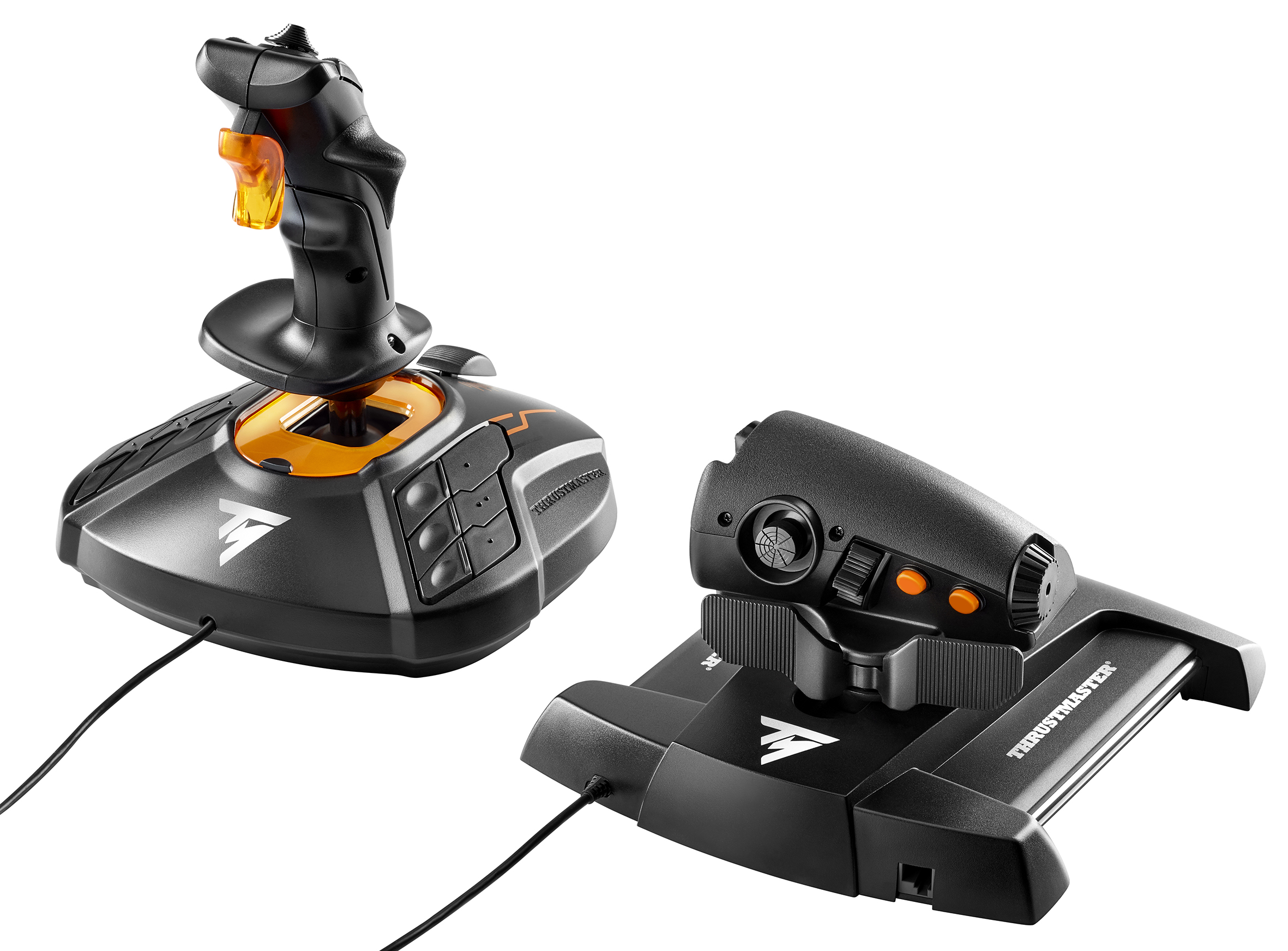 One of my favorite games in the last few years is Elite Dangerous; a boring space trucking simulator which to some is going to be about as fun as filling in an Excel spreadsheet. To me though, it’s a kind of magic, spacefaring bliss, a relaxing way to get away from the world and pretend I am a daring Commander at the far reaches of the galaxy…one who needs to bring a supply of tobacco from one planet to another in record time.

Seriously, I have spent well over 150 hours playing Elite. And I couldn’t actually tell you what kind of “progress” I have made. I buy lots of different ships, try out lots of professions, but I wouldn’t call myself “hardcore.” Still, I don’t seem to get tired of it, and still haven’t nailed down exactly what I want to excel in. I just enjoy the second life it provides, and while I have fiddled with plenty of control schemes, nothing has been able to beat the cheap Hotas joystick I borrowed off a friend to play it with.

Until, that is, I got a slightly-more-expensive joystick, the T.16000M FCS Hotas by Thrustmaster, which is practically made for Elite, and shows in every possible way, with a few head-scratching nitpicks.

The one thing my old setup lacked was a few key buttons. Elite has a ton of controls. Many of them you won’t use frequently enough for them to matter, but learning Elite and its function buttons on a standard controller is an absolute nightmare in the beginning. So the first and most immediate quality-of-life function this setup provided me was an absolute slew of buttons, with a bunch of them not preset to anything in particular. Immediately, I was unsatisfied with the default settings for this stick and wanted to customize it. But this can’t be leveraged as a complaint; everyone plays their flight sims differently, and for the most part, Thrustmaster’s defaults are not bad. But I can’t imagine anyone getting one of these and NOT wanting to change it to some degree.

And there are tons of options here. The stick itself – which was a standalone product as evidenced by its slider which is practically useless when paired with the throttle since it serves the same function – has enough buttons to do practically anything. The hat switch is used by default for both navigational/menu settings, as well as to control power distribution between engines, weapons, and shields in Elite, and it feels extremely natural. Firegroups are controlled with one of the buttons on the top of the stick, as are secondary weapons, and of course, the trigger is your primary fire button, and also selects items in the menu. As such, you can perform the most basic functions with just the stick, and theoretically, you could play the game entirely that way if you were comfortable navigating the keyboard.

For VR players, this is probably not going to be a great option, and that’s where the throttle comes into play. It has several buttons, toggles, hat switches, and even a fully analog stick on the back end, which can be used reasonably comfortably to handle left and right, as well as up and down thrusting. The toggle on the back end is tied to Supercruise and your Frame Shift Drive, and the back “pedal” buttons, a gigantic trigger on a pivot is used for…menu navigation?

Why? I couldn’t really tell you. It feels like it would be better for left and right thrust, but coupled with the analog stick, it would be very awkward. It seems like these triggers are wasted space for me so far, and are ultimately sort of awkward. Considering you have two hat switches that are entirely free on the throttle to allocate to whichever functions you wish, at the very least you do have plenty of ways to play with this, but that was the most awkward part of the whole thing for sure.

The thruster is set at zero when at its lowest position. Elite has reverse thrusting, and on the other stick I used, the thruster being at the middle position was actually zero, and pulling it back further meant the ship going into reverse thrust. Here, you have a button to toggle reverse thrust, which I also found a bit awkward initially, but kinda got used to.

The stick feels absolutely fantastic. Yaw controls, and stick controls in general, were incredibly smooth, responsive, and 1:1 for what was happening on-screen. I was incredibly pleased by the way the stick felt, and the fact that it has removable hand rests to allow for lefties to have a better time is a nice accessibility feature. It’s a very plastic stick, but these lighter materials allow for a reduced overall cost.

For me, this is the absolute perfect, pinnacle way to play Elite. Although in my time with the T.16000M I never tested any other software, even the orange lighting and color scheme suggests very clearly what this unit was designed to do best. And I will shamelessly tout it as the best, most reasonably priced way to play Elite without any major concessions. Just let it be known that you will spend some time in the configuration menu – but it’s Elite Dangerous. You are doomed to do that regardless of what control method you choose. I personally can’t imagine playing Elite any other way at this point.