You can never truly have enough party games on the Nintendo Wii, right? Well, actually … you can. As someone who enjoys a good party-style game on occasion — y’know, WarioWare, Boom Blox, or sometimes even Wii Sports Resort — I’m not completely opposed to mini-game collections.

But, there is one caveat. The mini-games need to be enjoyable even after you’ve become accustomed to them, and the game can’t be a poorly thrown together compilation, either. In the case of Eiconic Games’ Squeeballs Party, let’s just be thankful that its charm wraps its assortment of mini-games together nicely.

How does it stand out in a sea of Wii titles with “party” in their name? Keep on reading — you know you want to hear more about this cute yet slightly disturbing game. 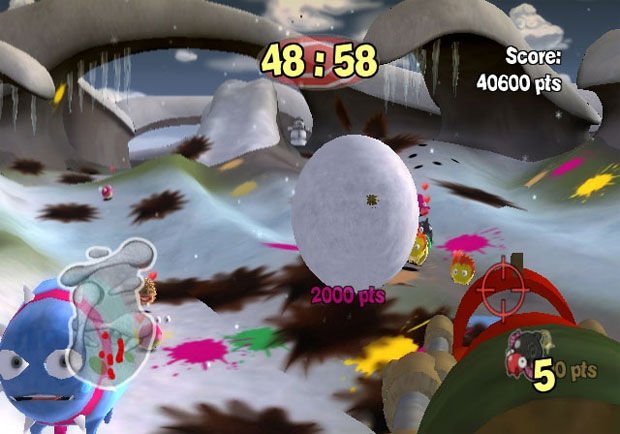 So, first off, I wanted to share the (kind of) messed up backstory to Squeeballs Party, as shown in the instruction manual (I’m apparently the only guy who reads these things anymore).

Squeeballs are toys made on a secret island somewhere in the Pacific Ocean. Before they can be sold, they must be tested: Only the best Squeeballs make it off the island. You are the tester — slice them, dice them, inflate them! Test them to destruction.

These adorable little creatures are tortured and possibly even killed on a mysterious island, and the ones who are strong enough to survive get packaged as toys for children to later abuse? See, this is what I’m talking about. Mini-game collections need a strong central theme, and Squeeballs Party certainly has one.

Likely the biggest compliment I can give to the game is that its characters are pretty terrific. The Squeeballs are often hilarious when depicted in FMVs that set up the eleven different game types, and without them, Squeeballs Party would be significantly worse off.

On the box, there’s a badge that says “150 mini-games.” Before I started playing, I was under the impression that this meant there would be a bunch of tiny, “awful” yet somehow endearing mini-games a la the WarioWare series. This is not the case.

Basically, there are eleven different “main game challenges” to be found in Squeeballs Party. These range from “Golf” to “Cooking” to “Paint by Squeeballs.” They get away with saying there are 150 mini-games because each one is technically a variation of one of the eleven challenges. This can range from a mere change in the objective to a total overhaul of the environment. 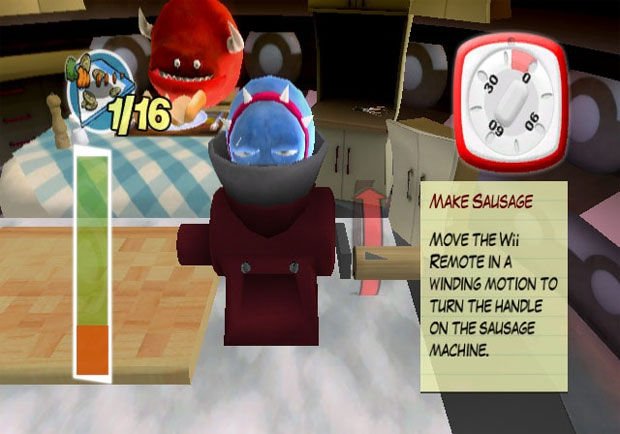 While a few of the challenge games are semi-inventive in terms of using the Wii remote in a newish way, quite a few borrow waggle concepts from other Wii games. Here’s the full list of them — try to guess which ones fall into which category: 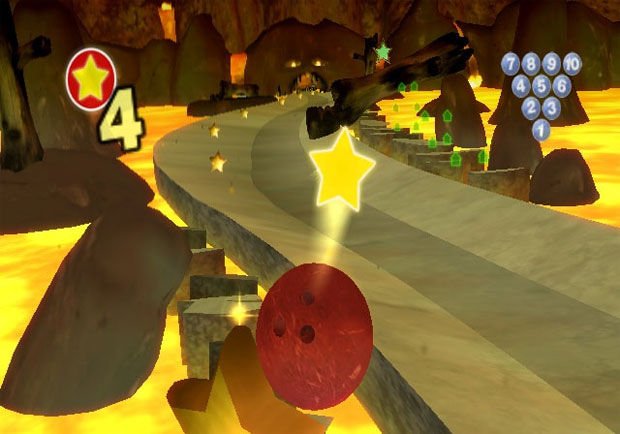 Hold on a second, I need to catch my breath here. Okay. I’m good now.

As you can see, there is a bit of overlap between some of the challenges, and yes, the mechanics aren’t all new concepts, exactly. Squeeballs Party has a ladder for each game type, and you move up it — and unlock more of ’em — by completing the varying mini-games. Not all challenge games are open from the start, but thankfully things tend to start off fairly easy, so obtaining them all is not a problem.

This difficulty curve may become boring before very long for most of you reading this, but it seems about right for younger audiences and those who aren’t dedicated gamers. I forced my eleven-year-old sister to play, and she seemed to be engaged most of the time without also being frustrated.

Actually, her first remark was “this reminds me of Boom Blox,” which is an odd statement coming from an outside perspective. I sort of agree, though — the mechanics and the presentation are somewhat comparable. Style over substance is the phrase I’m looking for here. 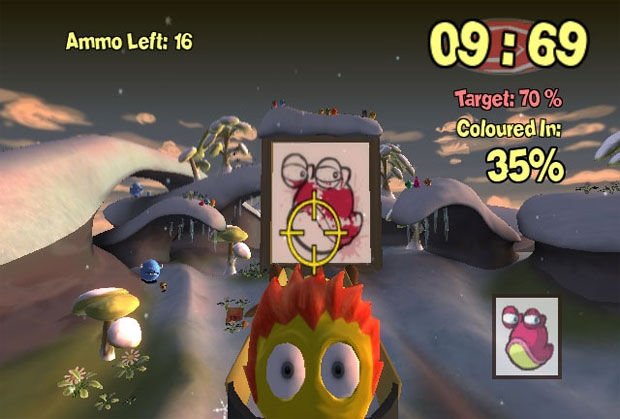 As expected, there are options for those who want to play Squeeballs Party with friends or family. There’s a pass-the-controller mode for up to four players, in addition to a head-to-head mode that requires two Wii remotes. The simple fact that it works is all you really need to know.

While the game has been priced as a budget title, it’s still hard for me to recommend it over its tough competition. If you don’t have any of the aforementioned Wii games in the before-the-break text, I’d urge you to pick those up instead. Squeeballs Party‘s main issue is the lack of content and variety.

Had each of the eleven challenge games been rock solid, I’d be fine with there being so few of them. But as it stands, there’s not enough longevity for me. While it’s been market towards all ages, I think the game is best suited for, once again, younger audiences.

The only thing that really differentiates it from similar Wii games are the Squeeball characters, but even they aren’t enough to make Squeeballs Party worth picking up. Plowing through the 150 mini-games can be done in a day or two, but after a few hours in you’ll find yourself not wanting to continue; most of the challenges stop being fun at a startling rate. The repetition is a killer, here.