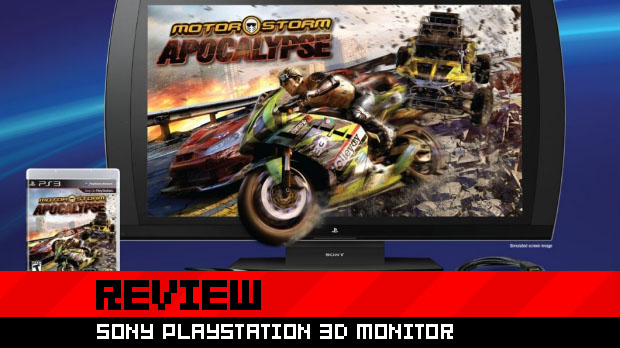 Sony’s love for 3D is no secret, with the company being unable to shut up about the gimmick’s future potential. In order to show that potential, the company has taken matters into its own hands to create a PlayStation-branded 3D monitor.

Designed to easily hook up to your PS3 and guide you to a land of dimensional wonder, the Sony PlayStation 3D Display is aiming to make an ideal entry level demonstration of the technology.

I’ve gotten to spend some time with the display, and naturally I’ve got a few things to say about it. 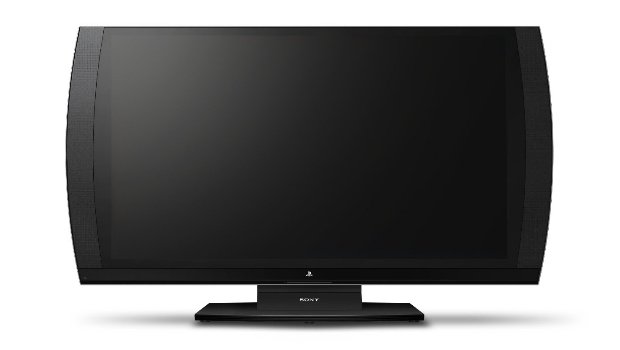 The Sony PlayStation 3D Display is light and thin, and can go pretty much anywhere in the house. Easy to assemble with its own stand, the monitor’s been designed with usability entirely in mind. Connecting it to a console or PC is as simple as plugging an HDMI cable into both ends. There’s very little fiddling around required, especially if you’re hooking it up to a PS3, which it was obviously designed for.

With no TV tuner and just two HMDI ports, the monitor’s intended purpose as a streamlined, user-friendly console display is self evident. There are few customization options once it’s hooked up, either. You can switch between two 3D modes, and there are the usual volume and channel controls, all situated behind the screen. There’s no included remote control, which is slightly annoying considering it has no standby mode and will need to be switched manually every time you want to use it. Still, if you hate fiddling around and just want something that can be hooked up and switched on, this thing does the trick.

The screen is reflective, and by that I mean you can see the world in it. My cat cannot leave it alone, as it presents a beautiful mirror image of her to attack. It’s up there with the PSP in terms of needlessly glossy screens that put aesthetics above functionality. It certainly looks pretty, but you’ll want to be careful about playing it near any light sources, and you’ll want to invest in some kitten mittens to stop wayward felines from scratching the hell out of it.

Once plugged in and switched on, you do have a very nice looking 240Hz LCD display. Colors are bright and contrast is pretty solid, and games look rather beautiful on it. The 3D is generally decent, although certain games ghost pretty badly. Dynasty Warriors 7 practically has two characters instead of one running around the battlefield, but Killzone 3 looks really great. The monitor supports Simulview, which uses the glasses to have two players seeing entirely different things on the screen. You can play local co-op with two players having the entire screen to themselves, thanks to the glasses filtering out what the other player can see. Sadly, this trick is restricted to only a handful of Sony titles so far. 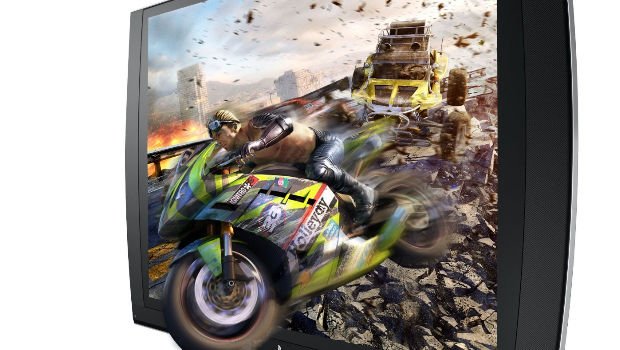 The bundled 3D glasses aren’t the most comfortable or attractive of items, certainly nowhere near as good as the Nvidia 3D Vision glasses that I’m used to. They feel quite bulky and boast some harsh, angular corners, but they get the job done.

Stereo sound has been built into the monitor, with two prominent speakers on either end. As you might expect from built-in sound, it’s not very good and an exterior sound source comes highly recommended. Despite claims of an included subwoofer, games sound tinny and flat. It can get some decent volume on it, but above a certain threshold it just becomes unpleasant to listen to.

The PlayStation 3D Display has an express purpose in mind, and it fulfills that purpose adequately. It’s a good looking screen that showcases 3D imagery decently enough, and the added PlayStation branding is certainly going to attract some hardcore fans. Nevertheless, with only a 24″ monitor size, its audience is incredibly limited. In fact, I’d say it’s limited almost exclusively to small dorm rooms or people who live in tiny, one-room apartments. For those who live in real places, the screen is entirely too small for a decent gaming experience, and certainly does a bad job of capturing a PS3 gaming experience.

Bigger isn’t necessarily better, but you’re never going to be able to communicate the visual majesty of Uncharted 3 on a screen this small. For the past few years, the PS3 has been about created gorgeous looking games that punch you in the face with explosions or beautiful, big environments. This monitor just cannot do those graphics justice, and I struggle to see the benefit in showing off the PS3’s 3D capabilities on something that doesn’t adequately exploit the 2D potential of the console.

Furthermore, there are better 3D PC monitors on the market than this one, so I would suggest saving that $500 and going for something a little more versatile. Whether you need a display for console or computer, Sony’s new offering just doesn’t quite have enough to make its decent price and usability worth investing in.

As I said, if you’re really tight on space and want a pretty gaming display that doesn’t take up much room, then the Sony PlayStation 3D Display will give you what you need in a pinch. If you have more room or you’re looking for a PC monitor, then I would suggest shopping around. There are displays out there far more suited to your needs than this.