They say you’re never more than six feet away from an Breakout clone. Or is it rats? Either way, there are a lot of games that like to copy paddle-and-ball gameplay while hoping you won’t remember that you’ve played it hundreds of times before, so it takes an extraordinary experience to break away from the pack and stand out on its own.

Incredibly stylish graphics, excellent music, and unique gameplay quirks lie at the core of Shatter, a game that has no trouble leaving other Arkanoid-style games in its dust. While at first glance, it’s just another block-breaking paddle game with a fresh coat of paint, the unique blow/suck gimmicks, blocks with behavior patterns, and a series of challenging bosses make this one game that can’t be missed.

Read on as we review Shatter. 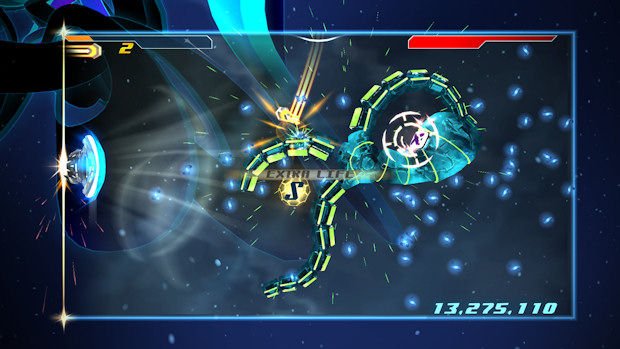 The set up of Shatter is something that should be instantly familiar to you. You have a paddle, you have a ball, and you have blocks that must be broken by bouncing a ball around. Simple as that. Straight off the bat, however, Shatter attempts to switch things up with a number of visual difference that quickly makes it stand out.

First of all, the graphical style is very similar to Geometry Wars, with clear shapes and minimalistic, stylish visuals. The varying paddle positions also keep things spicy, with the traditional bottom-of-the-screen perspective sometimes replaced by a paddle at the left-hand side of the screen, or a paddle in a circular arena that curves as it moves from left to right. However, while the aesthetics would be enough on their own to mark Shatter as something special, it’s the ability to blow or suck the ball that really makes the game remarkable.

Unlike in other block breaking games, Shatter gives players a degree of control over the ball. The paddle is able to blow or suck air in correspondence to shoulder button presses, which will draw the ball toward or away from you at a curve. Using this curve gives savvy players the power to “steer” the ball toward preferred positions. It’s also used to suck fragments from broken bricks toward the paddle, which is stored and converted into energy. When the energy is full, players can unleash a Shmup-like bullet hell on the blocks, carving an impressive path through particular nasty obstacles. 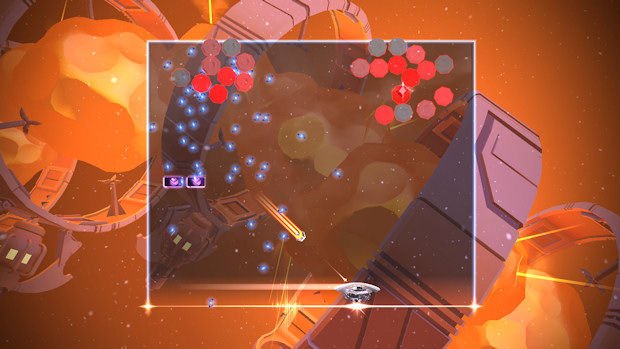 The behavior of the blocks also provides some unique gameplay opportunities. While there are plenty of blocks that just sit there, waiting to be smashed, others are a bit more pro-active. Some, when shaken loose, will hurtle around the screen randomly, often heading toward the paddle. Getting hit by a stray block doesn’t affect lives, but it provides a moment of vulnerability which gives the ball a chance to escape. Sometimes, however, it can be beneficial to sacrifice a paddle to get rid of troublesome blocks, or you can suck them toward you and hope they hit the paddle’s wall, which destroys them. In addition, you could always blow them away, but they’ll come back when one is sucking up fragments. There’s a surprising amount of strategy in the game.

Most striking of all, however, are the bosses that end each level. The amount of variety that Sidhe Interactive got out of relatively repetitive mechanics is quite impressive, with creatures that will need skill, strategy and a huge amount of luck in order to defeat them. One particularly clever boss sees the player needing to blow at it in order to overturn its body, exposing the weak side to attacks from the ball. Of course, actually getting the ball into the right place at the right time is a challenge unto itself. 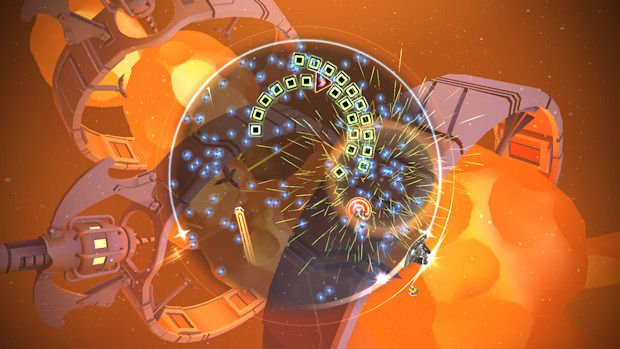 As well as the lengthy story mode, there is a boss rush mode unlocked upon completion, and a bonus level mode. Bonus levels are simple balancing acts, with paddles needing to keep three balls in play and earning points with each successful repel.

Like all games of its ilk, Shatter is quite addictive, and players are encouraged, rather than put off. Lives are given freely and a little determination and luck will see most players eventually completing the game without feeling like they got unfairly raped. It’s a surprisingly well-balanced experience, with only a few minor frustrations, like that vastly irritating Bat boss. It manages to be challenging without holding your hand, something that many games seem incapable of doing these days.

There’s no multiplayer, but the story mode is quite substantial and hardcore puzzle fans should get suitably addicted enough to want to reply and improve their scores. While it’s worth the money, however, a fair few players will likely go through the game in a day or two and then not want to return very often. 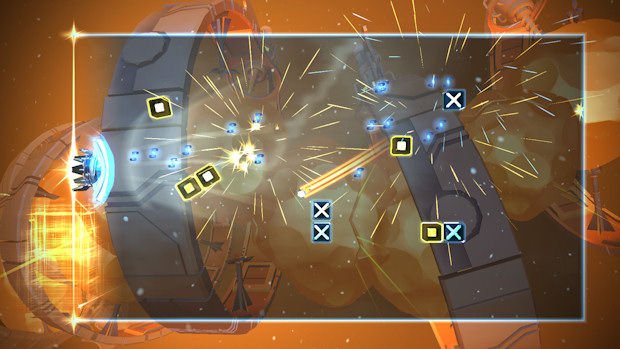 Shatter is a great game, and well worth a play. The PlayStation Network has earned a reputation as a platform full of quirky, original, inventive little games and Shatter proudly sits as a prime example that should be sampled along with the online network’s many other offerings, doing for block breaking games what Geometry Wars did for twin-stick shooters. Highly recommended stuff.