Sam and Max, Freelance Police, have had a busy few years. Between repeatedly saving the world, making new friends and taking control of the United States government, things have barely had a chance to slow down for the dog and his rabbity thing pal.

Now the new season of Sam & Max, The Devil’s Playhouse, has begun with its first chapter, The Penal Zone. I have played it and I have some comments to make which may sway you one way or another in regards to making a purchase. It’s a new thing we’re trying out, so let us know how you like this post. I think it’ll be called a “Review.” 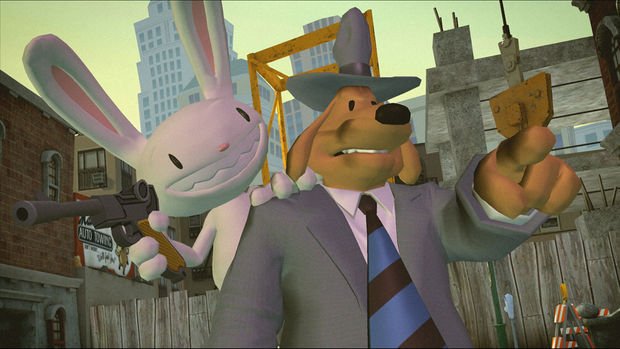 In this new season, things are taking a potentially dangerous turn, in that psychotic rabbity thing, Max, has inexplicably developed psychic powers and the game thrusts you right into their use from the very outset. Placing the player in around the final moments of the episode, they then Tarantino it all the way back to the beginning to explain how it was that Max got his newfound power and how it came to be that the duo defeated the evil General Skunk’apé

The situation is amusing and the script is packed full of sharp humor. I laughed more at this episode than I have any prior Sam & Max game since the series resumed. The humor seems a little bit more ribald than I’m used to, which isn’t a complaint but it should be noted that some of the jokes are a bit more blue than you might be used to. There is still a good share of gags likely to make you groan, particularly the Rod Serling stand-in used to narrate the tale. He’s not funny, even in an ironic fashion and he has the singular distinction of being the ugliest character model in the game. Thankfully, your time spent with him is limited.

One note I would like to make about this game is that it shows off the continuity of the Sam & Max series better than any to date. Popular locations have clearly seen the effects of the Freelance Police’s efforts to keep the city safe. While the changes in environments are obviously useful from a design perspective, offering plenty of new opportunities for puzzles, it would have been so easy for them to just fix things up and make a joke about how easy it was to repair the damages. Making the world of Sam & Max persistent gives a feel that the events you’ve participated in has been affected by your actions, which is neat and offers a little something extra for longtime fans (while encouraging new players to seek out earlier chapters). 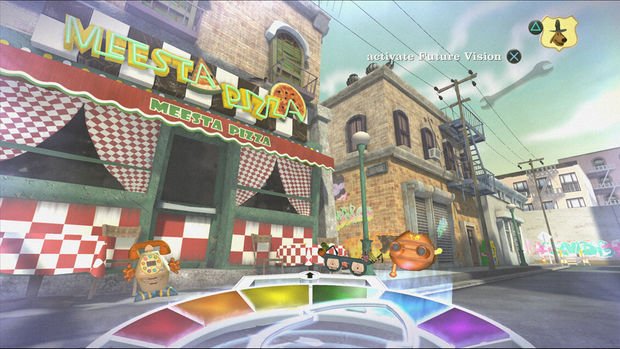 Max learns and uses several psychic powers through the course of the game. He can teleport and transform into other objects. Most importantly, he can see into the future. Most of the powers are used repearedly for various puzzles, but none is more important than his “Future Sight,” as it gives necessary information that you couldn’t possibly have guessed on your own to help accomplish tasks

In a way, that’s one of my favorite aspects of the game. Far too often in adventure titles — especially ones of a comedic nature — the solutions to puzzles can be pretty bizarre. But to give too much away would ruin the jokes. Giving Max the power to see beyond the veil of time both informs the player while making a joke out of the whole adventure gaming genre. Very clever.

That said, it isn’t all roses. As is often the case from Telltale, the game goes back to the well a bit too often for a game of its length, repeating puzzle solutions and making what were once novel tasks seem tedious. This is particularly true of traveling with Max’s teleportation ability. There are a few puzzles which are utterly brilliant using this power that get a little beat into the ground, especially once its use becomes necessary to reach certain locations in the game. 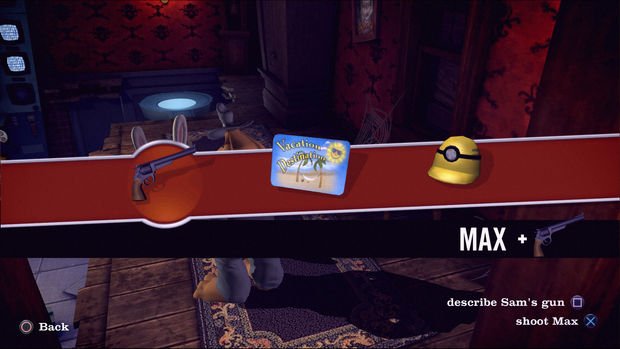 Telltale is known for constantly refining their gameplay engine and experimenting with new types of control for traditional adventure gaming. Sam & Max Season 3 doesn’t vary too much from other recent titles from the developer, such as Tales of Monkey Island, but they do feel sharper than ever.

This is especially true of their gamepad controls, which feel incredibly good. I used an Xbox 360 wireless controller and adapter when I played and was very happy at how intuitive even the default configuration was. I find it to be uncomfortable controlling characters in a 3D environment with WASD, though I realize that speaks more to personal preference than anything. Keyboard and mouse controls are serviceable, but you’ll almost certainly want to use the keys for movement instead of the mouse, which can hiccup a bit when camers angles change or the environment moves and sends Sam somewhere you don’t want him to go.

With a six-hour running time, some great gags and intriguing gameplay, The Devil’s Playhouse is off to an excellent start. They’ve set the stage for a truly amazing season if they can continue to build off of the momentum in The Penal Zone. Even if they should ultimately fail to capitalize on this one, it remains one of the sharpest, funniest and solidly built games Telltale has done yet.