Until Roccat’s Kova gaming mouse arrived on my desk this week, I had never actually heard of the company before. That’s a shame, because there are a bunch of unique and interesting aspects of their gaming mouse design that set them aside from the competition.

The Kova is not the greatest gaming mouse I’ve ever used, but it certainly fills a spot in the market previously not catered to. 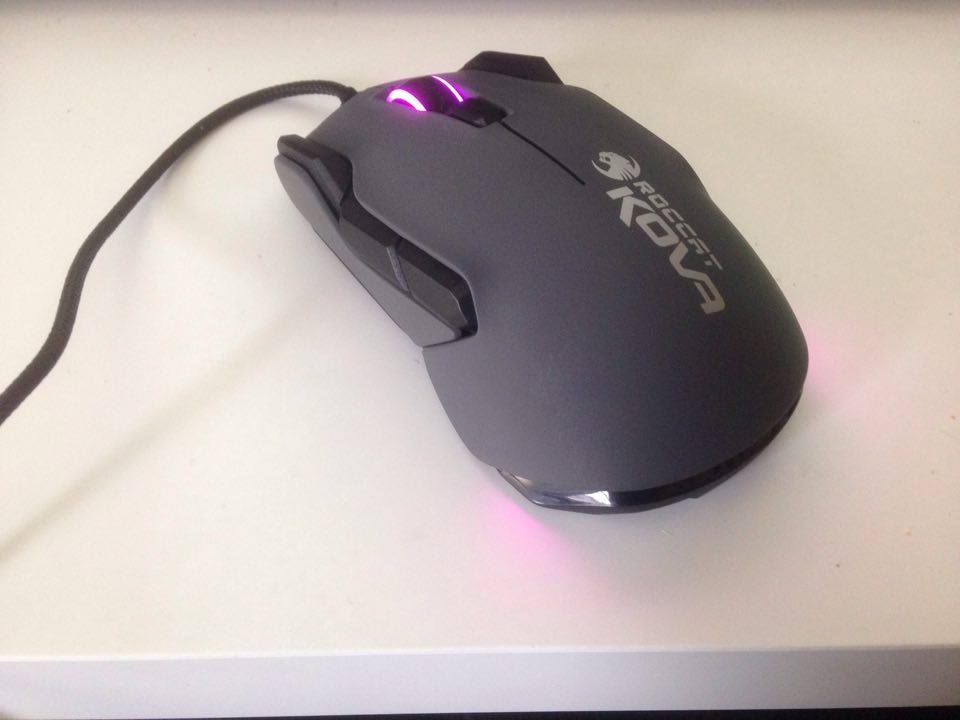 On initial inspection, the Kova appears to be a fairly standard ambidextrous mouse. Equally comfortable in both hands, the curves on the design make a fairly compact device feel larger than it actually is.

Much of its design is similar to the Razer Deathadder, a shooter mouse through and through. Two thumb buttons on either side are positioned for easy secondary action reach, with a DPI selector button just above the fairly standard scroll wheel.

The included DPI button lets you change movement sensitivity from the mouse, but only allows cycling through modes in a set order. To go down one setting, you will have to go up through every other setting.

The fanned-out rear of the mouse helps support its ambidextrous design, and the cord is roughly two meters long which is decent, if slightly shorter than its competition.

What makes the Kova’s design particularly unique is the presence of two additional buttons to either side of the left and right click, positioned for easy access with your standard hand placement.

It also features coloured lighting on either side of the mouse wheel and shining from the rear of the mouse onto your desk surface. 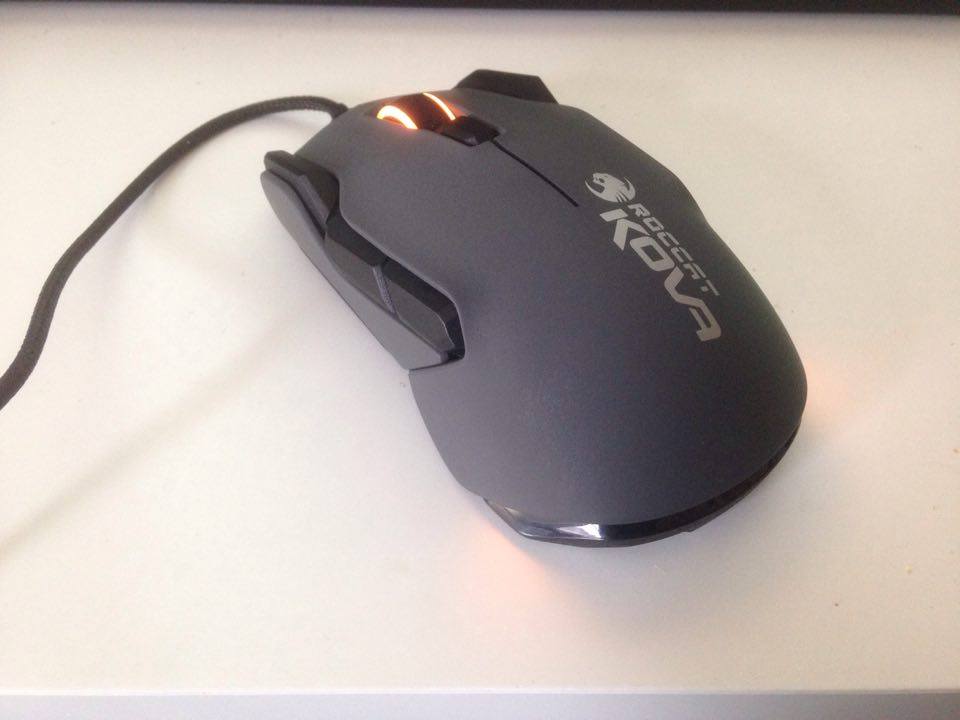 This is a decently comfortable mouse, built well for both claw and palm grippers alike. The thumb buttons are large and responsive enough to be user friendly, but not so sensitive that you need to worry about accidentally using them unintentionally.

The standard six-button layout, with up to nine available depending on grip style, puts it squarely between the layouts of shooter and MOBA mice in terms of function and spot in the market. If you’re looking for a comfortable middle ground between the two styles, this is a really good, reasonably priced option.

The included software offers a huge suite of mechanical customisation options, but is incredibly cluttered and complex to work with. The lighting options on the device are also severely limited when compared to Razer’s customisation settings.

While the Kova fails to really shine in any regard, it’s a decent mouse at a reasonable price point with a button layout in between shooter and MMO/MOBA mice. If that sounds like your deal, you’re probably not going to go too far wrong with the Kova.