To many, Risk is a classic, beloved board game. To me, it’s kind of those things. I can see the appeal — and recognize its greatness, even — but I’m pretty open about my inability to sit down and play the game for any extended period of time.

With that said, hopefully you can use my opinions of the now week-old RISK: Factions accordingly. EA and Stainless are targeting both long-time fans and casual observers like myself with this Xbox LIVE Arcade game, so I’ll do my best here.

Read on for the full review, and please, don’t set fire to my house. 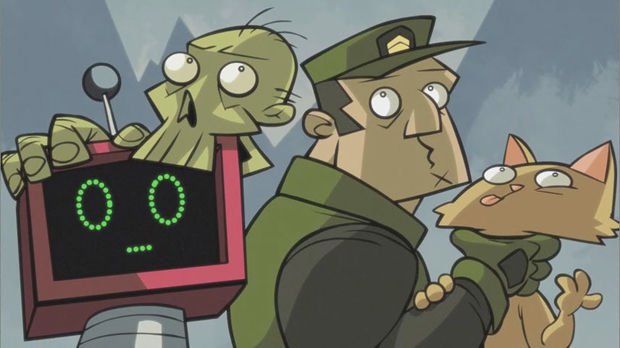 What caught my interest immediately was RISK: Factions‘ distinct personality. There are five factions, each more ridiculous than the last: humans, cats, robots, zombies, and yeti. The mere inclusion of vastly different characters versus simply having each player be a unique color was a good start. Making the single-player campaign a giggle-worthy, story-heavy tutorial? Genius.

Powerhouse Animation Studios was brought on to craft the cinematics, which are gorgeous. For the sake of reference, these are the same people who worked on the Penny Arcade games. Beyond these cut scenes, you can also watch the cartoon armies fight each other in battle, and it’s as rad as you would expect. Of course, once the sight of zombies taking down cats gets old, you can skip the animations by opting for fast attacks instead.

EA could have easily gotten some little-known developer to make Factions into a bland, uninspired digital recreation of the board game. It would have sold fine, I imagine, but instead they took a gamble (I almost said “risk”) and went in a better direction. This decision paid off.

Factions is based upon the 2008 Risk ruleset, which is basically meant to speed up the game. Rather than having to capture every last territory, you can go after three objectives — while still holding your capital, naturally — instead. There’s obviously way more to it than that, but I’m not even going to attempt to discuss its nuances out of fear that I’ll butcher something. 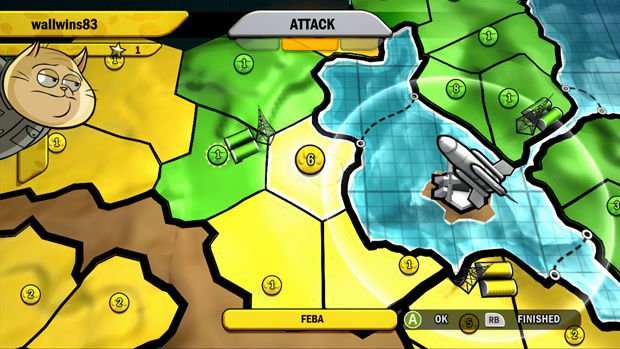 Volcanoes, dams, and unholy temples are perhaps the coolest additions. The latter is my favorite, so let’s discuss it. On every map it appears on, there are three territories surrounding the temple. Capture them, and more importantly hold them until your next turn, and you get a truly evil ability. You can select any one area on the map. It’s now yours. That includes all troops on said area, too; they are also now yours.

The other elements — including crypts that allow you to freeze cities and a huge missile launcher thing — work in a similar fashion, although using them won’t make you nearly as much of a dick in comparison.

Of course, if you are a fan of the slower, more traditional approach to Risk, Factions also has a Classic mode where you straight up need to control the entire map. Additionally, there’s a fusion of this mode and the aforementioned objective-based stuff too.

While we’re on the subject of choice, I should mention that if you aren’t a fan of the new art style, you can completely skip it. Factions also contains original Risk for those who don’t want the extra frills. And yes, all of the rulesets, options — and everything I talked about, really — apply to this normal version.

In fact, when you go to set up a local (up to four players) or online (up to five) multiplayer match, the first thing you’re forced to do is pick classic Risk or the wacky new one. 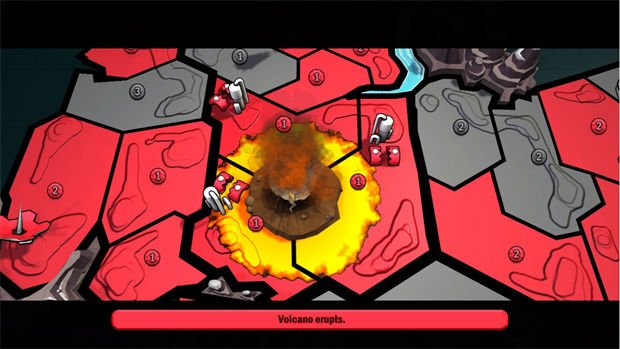 Speaking of online play, it works … for the most part. When playing with Xbox LIVE randoms, I encountered no technical issues whatsoever. When playing with Jonathan Ross in a private match, however — our game randomly got stuck on the inbetween-turns screen. We went into a new room, and didn’t run into this problem again. Weird.

One of my only complaints with Factions has to do with setting up the board with territories and troops when playing with non-AI characters. It takes forever. There’s the option to completely randomize this initial placement of resources, sure, but the rest of Factions is so tremendously seamless that this annoyance sticks out.

Similarly, the other issue I had — the luck-based aspect of rolling dice, and how crazy unlucky attacks can be — also stems from how Risk was designed. If this concept turns you off in real-life Risk, it’s going to bother you here, too. Lastly, I would have liked there to be more packed into the single-player campaign, as it’s pretty brief. Still, when these are your only real issues with a game, you know you’re onto something good.

Much to my delight, Stainless didn’t do just a one-to-one translation of the board game to your television. Clearly a lot of time was put into making sure Factions not only overflowed with personality, but was also able to capture the interest of new players. I can’t recommend this game enough, especially at such an affordable price. Buy it.