The SNES Classic pre-orders have come and gone and the dregs left behind without one will be forced to scramble wildly, clawing desperately at one another like a depiction of hell in a Hieronymus Bosch painting for the scraps. I don’t want to make any wild predictions, but shit’s gonna be hard to get, and just like last year with the NES Classic, renewed nostalgia is going to introduce a whole new wave of people to retro game collecting (not to mention put more money into the pockets of Raspberry Pi manufacturers.)One of the most important features of just about any devices these days is the video output. RCA is dead, long live HDMI, and just about every new TV is either not going to take the input of old devices at all, or is going to make it a miserable experience. The resolution doesn’t upscale properly, so without proper (and expensive) equipment, if you try to play an old SNES on a new TV, you are likely gonna have a bad time.

The Retro Freak by Cyber Gadget is a very capable solution to playing a wide variety of different game cartridges adequately and with a few excellent features to make it a strong experience, and certainly the best of its kind among a very small group of competing products. 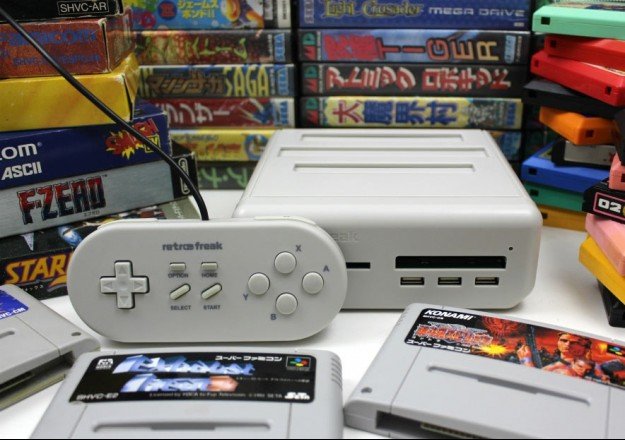 First and most important is compatibility. Apart from the broad range of games you can actually play, 11 systems in total out of the box, including SNES, Genesis, NES, Turbografx-16, Game Boy, Game Boy Color, and Game Boy Advance and the overseas equivalents.I f you get the package with the included NES adapter, most everything you throw at the Retro Freak will be playable. Things such as Master System and SG-1000 will also require additional adaptors such as the Power Base Converter. I put every single cartridge I own to the test across a few different consoles without any issues save one particular extremely picky cartridge that also fails to work on every piece of hardware I have tested it on (Dreamworld Pogie for NES) and everything worked great.

Retro Freak is emulation based, recognizing your cartridges as you plug them in and dumping them for use on the system. It will also transfer your save file over from battery backed cartridges, a feature I didn’t have any issues with, while also supporting save states and the ability to permanently save ROM data to memory so that you don’t have to plug the cartridge in every single time in order to use it. An added Micro SD port allows you to store ROM files, which you can presumably use for more nefarious things…such as legitimate homebrew, of course! Yeah, that’s the ticket. 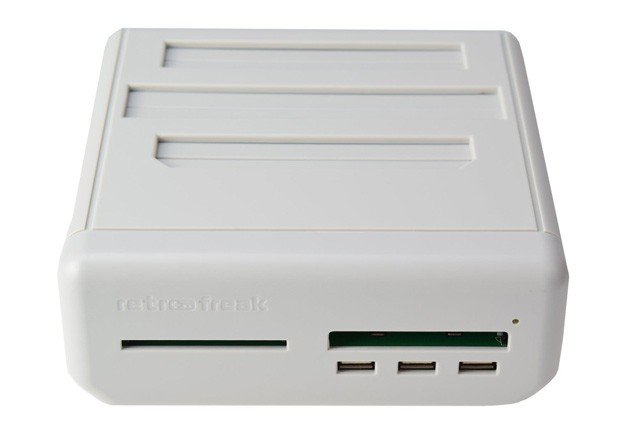 Anyways, you get a wide variety of options but the specific appeal is that you can pop your carts into this thing and it will recognize and play the vast majority of them. And it does a very good job of this. I didn’t have any notable issues with sound or graphic emulation. You get a variety of graphical filters you can play with, and can add things like scanlines for a more authentic experience, but in general this unit outputs a lovely 720p video quality all on its own without the window dressing; it’s absolutely superb especially when compared to other clone systems on the market today.

The included controller is a wired Super Nintendo-styled device with decent buttons and a dpad that while a little loose felt comfortable and responsive. The pin connectors on the main consoles grip cartridges pretty tightly, but not alarmingly so like on other clone consoles where you feel like it’s going to break your game. Build quality is solid, the power button feels out of place on the back of the console and feels cheap, and personal opinion here — the system is kind of ugly. Not offensive, just that there isn’t much to it on an aesthetic level. It’s a single color lump of grey plastic that probably should have been black, though there is a version of it with a red face plate available if that’s your thing. 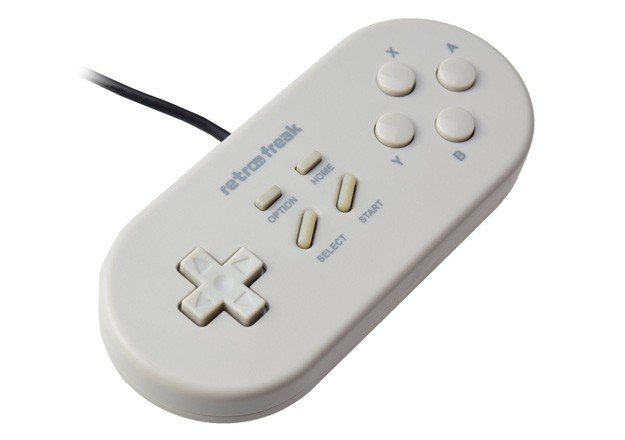 The package I was sent from Funstock Retro in the U.K. came with the NES adapter and a controller adapter. The Retro Freak is a Japanese product, so by default it has a Famicom slot and not an NES slot. Every game I put into the system brought up the name for the Japanese version of said game, but with the adapter you can at least put your NES carts in and play those. The Super Famicom/SNES and Mega Drive/Sega Genesis ports won’t have an issue taking either cart, since it was additional plastic tabs in the western release of those systems that prevented the cartridges from physically going in in the first place. NES games sit pretty high out of the top of the system with the adapter which is a pain in the ass in a small space, so it isn’t a perfect solution, but at least it was addressed in box. And the included controller adapter will allow you to use a wide variety of different controllers from the supported consoles, so that’s a bonus as well, though it only supports one at a time from each of the major systems. 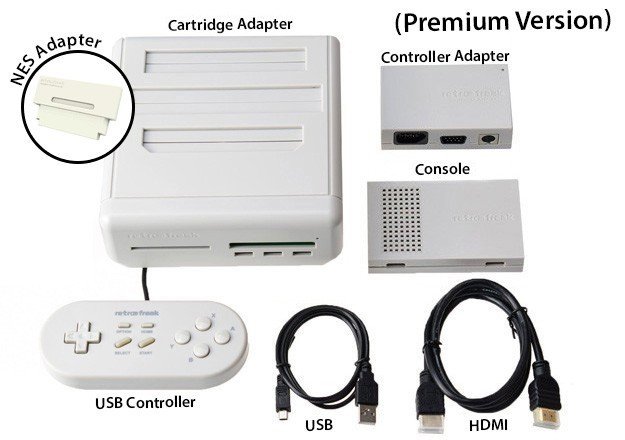 Being from the U.K. the system’s default boot language was English, as is all the packaging. But the adapter which came in the box did not have a U.S. plug included, so I had to use a travel adapter to get it going. It has a switching power supply so I did not need a full on converter, but this is something to be aware of. It’s also pretty pricey at around $260 US, not including shipping for the Premium edition, which is what most people are likely going to want to go with.

I have very little negative to say about the Retro Freak. Apart from bland aesthetics and the necessity to use additional adapters to play some of the mentioned supported consoles such as the Sega Master System and the NES, it’s a winner overall. If you are an enthusiast who wants to collect for one specific system, it might be overkill. But even still, right now unless your fetish is the NES, there are not very many HD friendly solutions to play the rest of the systems that the Retrofreak supports, so it’s a great way to consolidate a multitude of hardware into a much smaller space.