Right off the bat, I typically don’t like clone consoles. I’m a total retro snob for the most part; not a collector but extremely picky about the accuracy of my old games. A couple of years ago I had to sell the majority of my collection, keeping my Game Boy cartridges. And early this year I started getting back into NES collecting; still an extremely viable system to build a collection of games for if you know what to look for, and not the money sink it is typically associated with if you stick to lesser-known titles.

But you need something to play these on, and as my family grows, my personal space shrinks more and more. So to consolidate everything into one major entertainment center is crucial. That means a bulky CRT TV is out of the question, and so is the original NES. Short of expensive RGB mods and Framemeister upscaler boxes, there is no good way to play the original console on a modern TV with HDMI inputs.

Luckily, a number of companies have taken it upon themselves to create working solutions for this problem. And although it has a tough time competing with far more expensive available options, the RES Plus by Retro-Bit is an extremely affordable HD solution for playing the majority of the NES library.

I’ll get this out of the way right now; the RES Plus does not offer the same sort of video or audio quality of bigger brothers the Retro AVS or Analogue NT Mini. It’s going to be for the more casual collector who is not nearly as picky, which is probably the majority of people. The unit retails at a paltry $39.99, comes bundled with two wired controllers, an AC adapter with micro USB cable, and an HDMI cable. And while my initial impression was underwhelming, once I got past the snobbery and side-by-side comparison to the Retro AVS, I began to see the RES Plus as a suitable solution to avoid the major issues that come from playing an older system on a modern HD television.

I’ll get the negatives out of the way; this is a console clone, and while they have improved tremendously over the years in terms of overall compatibility, the familiar issues they are known for are present on the RES Plus. Cheaper hardware design means a sacrifice in overall quality, and the most notable hit taken is in the sound. The drum beats are way too high, and have an irritating crackling pop to them in titles where percussion is more prominent. Sound effects are slightly off sounding sometimes as well. 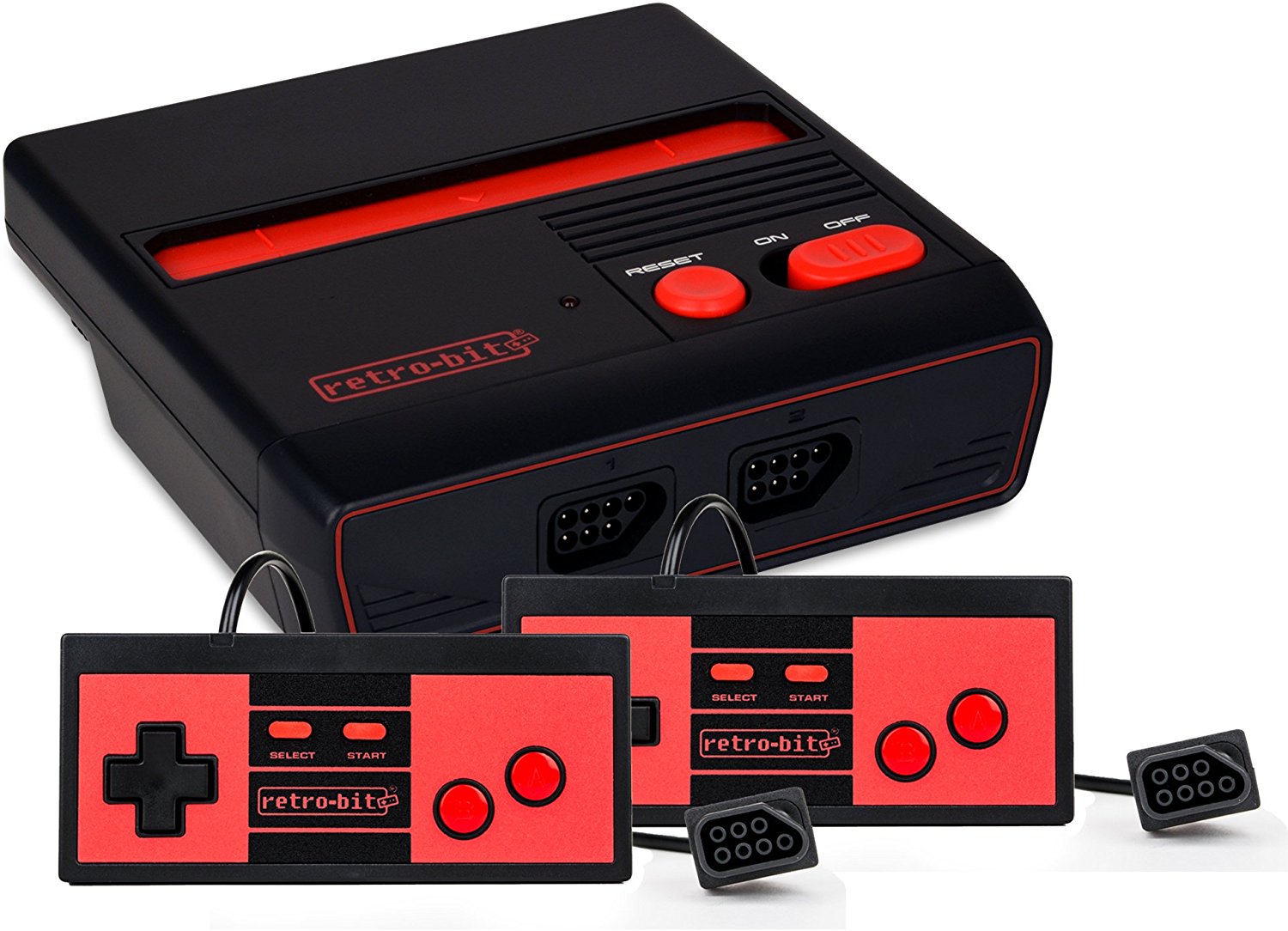 Video quality is more comparable to what you might see on a CRT TV using composite out — color is a bit washed out sometimes, it isn’t nearly as sharp as RGB, but it does the job. Colors are not always completely accurate to the original, but better than most clones I have tried overall.

I tested thirty cartridges, including a reproduction, and a homebrew cart. I did not have an opportunity to test an MMC5 game like Castlevania III, but have seen evidence of them working on the console. The only notable glitches I encountered were in Bubble Bobble, where I had artifacts randomly flashing on the screen which may be because it is a “green stripe” game where the pin connectors are not quite as long, and The Immortal, which is a problematic cartridge where the blacks are not properly displayed. In the case of the RES Plus, it displays them instead in grey, making it at least playable, but not a great experience. (As if playing The Immortal was ever a great experience to begin with.) Everything else worked perfectly. 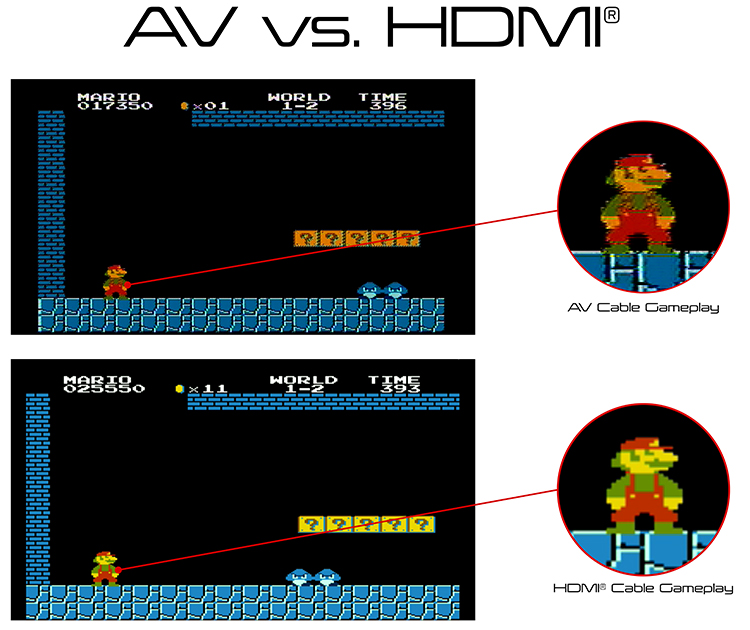 I love the controllers. I am super picky when it comes to input devices but these are really well built. The d-pads are nice and responsive, and have a soft, velvety feel to them. The button layout is more comfortable, A and B being slightly angled. In the past I have used Retro-Bit controllers and frankly, found them to be inferior both to first-party NES controllers, and other third-party options. After packing up the RES Plus once my review was finished, I kept the controllers out — they have now officially replaced everything apart from my wireless controller for when I don’t feel like sitting cross legged on the floor like a little kid in front of my TV.

To sum up, while there are minor issues here that are typical of clones, I was fairly pleased with the overall experience of the RES Plus. There were no frustrating performance issues or any noticeable input lag; the games played well, and the controllers felt great. And at the end of the day, for such a cheap price tag, that’s all I could really hope for. If there was an $80 price tag attached to this thing, my opinion might be different. For what it is selling for I feel like Retro-Bit has struck a good balance of quality and affordability, and I can’t imagine getting a unit much better than this at a similar price point.

You can find the RES Plus at a number of retailers such as Frys, GameStop, and Innex for $39.99.

[This review is based on a retail build of the console provided by the manufacturer.]