A decent take on the NES controller

There is nothing I hate more than a shit controller. I am probably more serious about my controllers than I am games themselves; I spend an unreasonable amount of time researching input solutions for my retro gaming habit. And just a few years ago, it was almost impossible to find decent third-party solutions for old consoles, or for NES or SNES styled controllers that were compatible with USB.

All that has changed recently. With companies such as 8bitdo coming into the market and making fantastic wireless solutions, and hidden gems such as the Buffalo (formerly iBuffalo) Super Famicom styled USB controllers, there is now a far more decent variety of controllers to choose from. 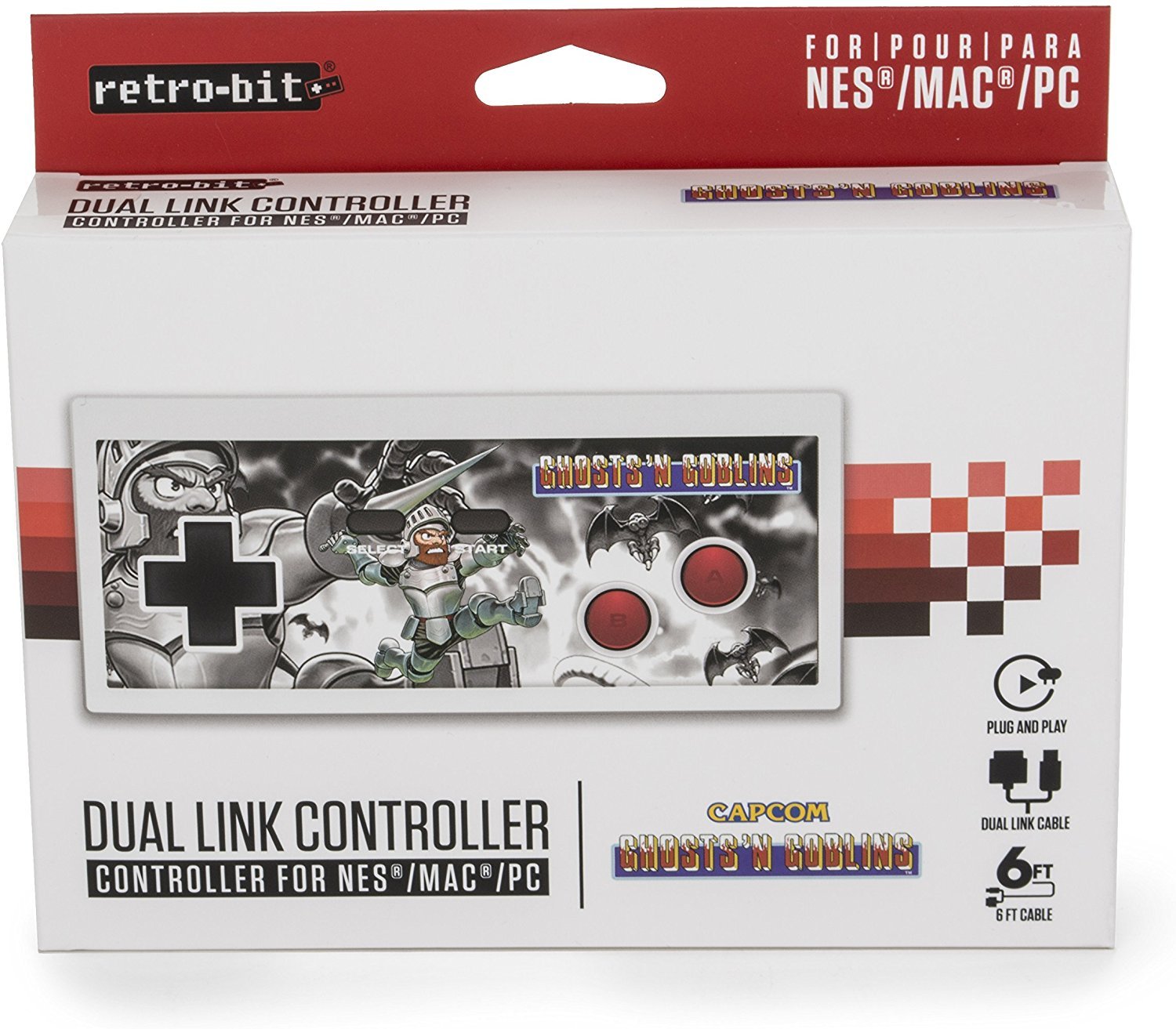 A few years ago I picked up a dogbone replica controller from a company called Retro-Bit. I am probably one of the few people who seems to be fond of the dogbone style NES controller that came with the Famicom AV and NES Top Loader. With a slightly angled button layout, a different d-pad, and a design that was meant to be a bit more ergonomic, it was a controller I really dug. But the clone by Retro-Bit didn’t stand up, and I initially wrote the company off as being yet another cash grab. There are a few too many garbage companies putting out bad copycats, and that was how I felt at the time.

After reviewing the RES Plus however, I found myself continuing to use the stock wired controller that Retro-Bit packed in with the system. I’ll be honest; this is not a replica controller by any means, and neither are the identical Capcom Dual Link controllers Retro-Bit sent me, which have connectors for both the NES and USB, and worked flawlessly both ways. It is Retro-Bit’s own take on the controller, but it happens to be one of the more comfortable third-party NES controllers I have ever used. 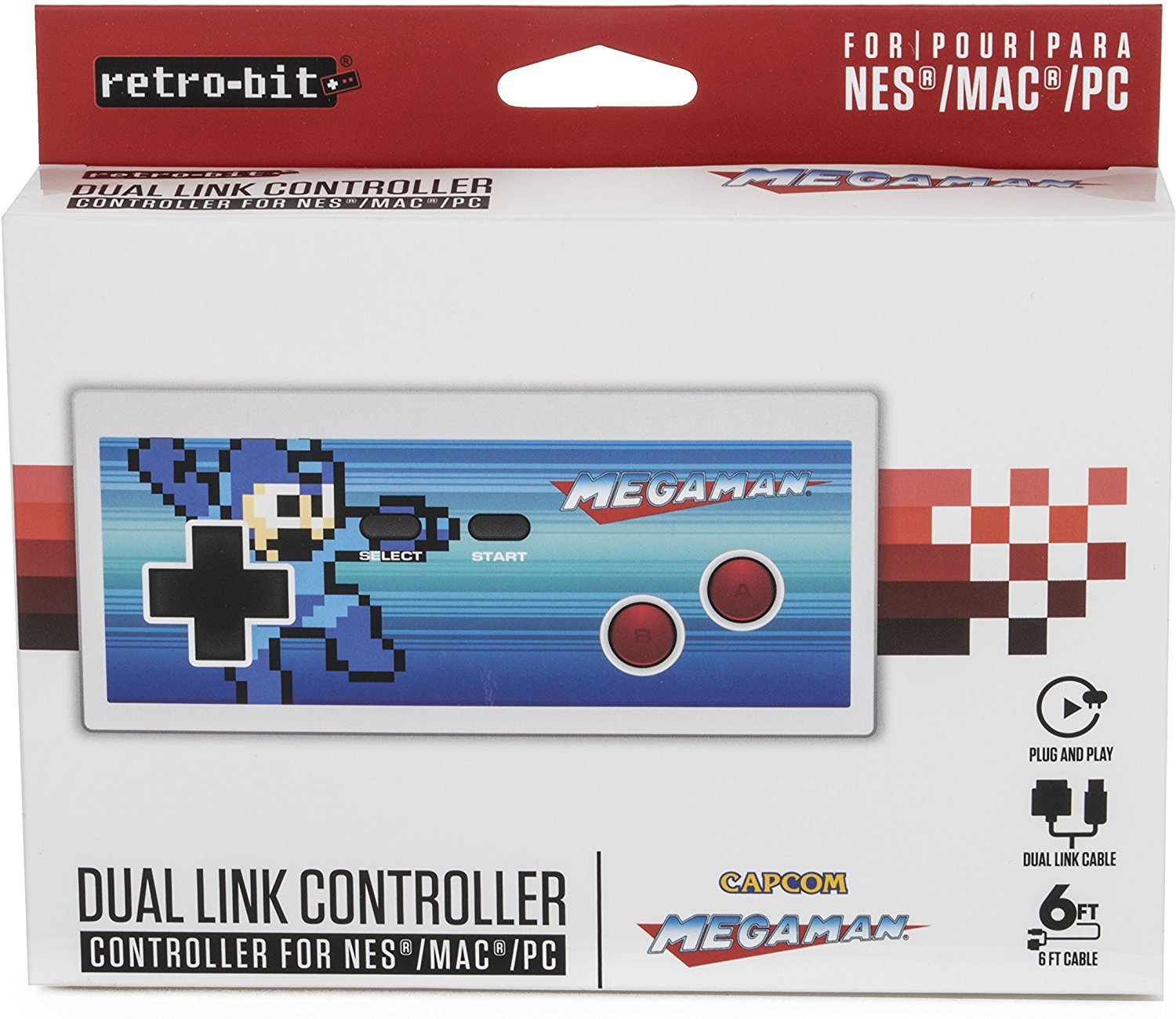 The actual shell is a rectangle which is going to be familiar to most, and likely the preferred design choice. But as far as button layout, it more resembles the dog bone controller with the B button being located slightly below the A button. Unique to this controller is a start and select button which are located higher up on the pad, which is admittedly bizarre. If anything, it took me a bit of getting used to, and having never once mispressed start or select on the original NES design, it’s a bit baffling why they chose to place the buttons there, but it is a negligible difference that took minutes to adjust to.

The d-pad on the Dual Link controllers does not have the same spring as an original NES controller. They are far more firm in their design, and at first I thought this was going to be a problem. But after testing it among the tougher games in my collection (like fucking Battletoads) I never had any play issues as a result of this. The pad needed a bit of wear to feel like it was fully broken in, like most new controllers do, but after a few plays on it it felt pretty natural. 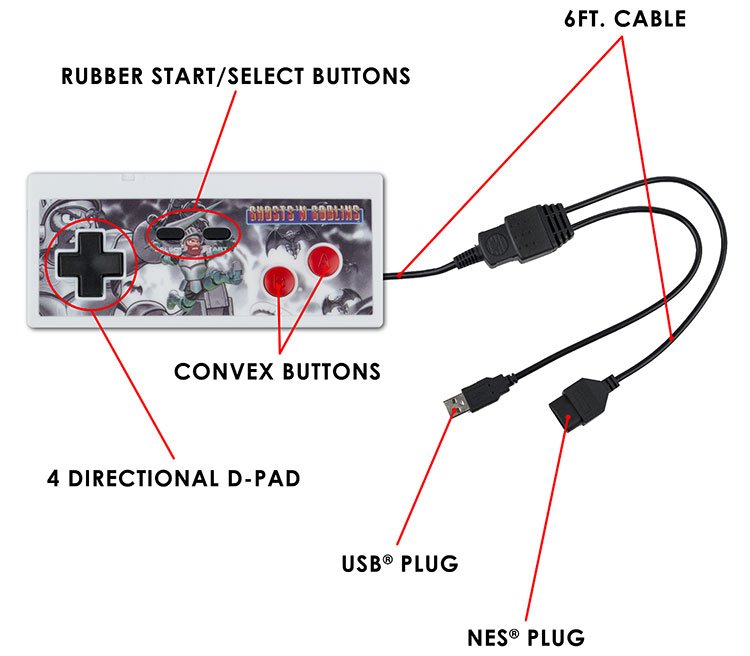 I don’t mind the convex design of the buttons. They don’t feel quite as snappy as the originals, but that is also assuming your controllers are in pretty good shape to begin with. I do find their placement to be a little more comfortable when playing certain games, specifically those where you need to hold one button down for a long period of time while pressing another, such as Mario. But games where you are alternating buttons in rapid succession such as Journey to Silius and Mega Man didn’t feel quite as natural.

Apart from functionality, the build quality feels great. Nice soft plastics give the controller a smooth, solid feeling. And the Capcom branded decals are pretty nice. The Dual Link controllers come with both a Mega Man label and Ghosts ‘N Goblins label and can be bought from Amazon. Personally, the visual aesthetic of the controller doesn’t matter much to me, but they look good. Seeing the Rockman logo with Mega Man printed inside in bubble letters has always looked strange to me. I like the Mega Man logo we got in the west a lot better.

It’s nice to see Retro-Bit has stepped up their game — just don’t expect this to feel the same way as an original. It’s not a replica as much as it is a different take, but with that in mind, I really like the way these feel. New controller options are essential as the old ones deteriorate, and these are a pretty solid option in my opinion.

[This review is based on a retail version of the hardware provided by the manufacturer.]