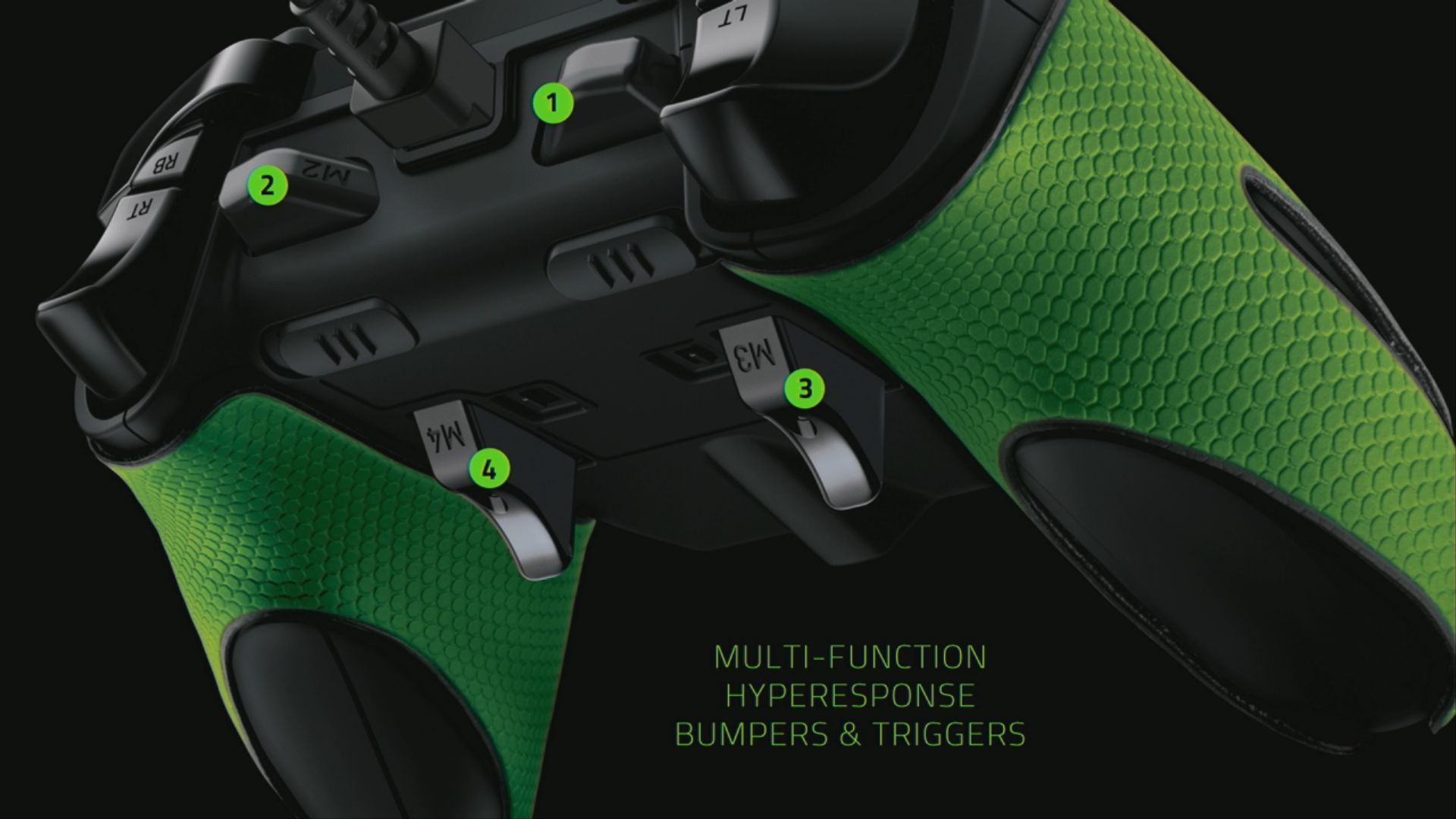 While most gamers with aspirations of going pro focus on keyboard and mouse setups, that doesn’t mean there isn’t a market out there for competitive-level gaming controllers. The Razer Wildcat, a PC and Xbox One controller built with competitive gaming in mind, certainly makes an admirable stab at securing itself a solid place in that market.

With remappable buttons, built-in audio controls, and optional stick-on grips, the Wildcat features only a few small drawbacks that hold it back from its dreams of the big leagues. 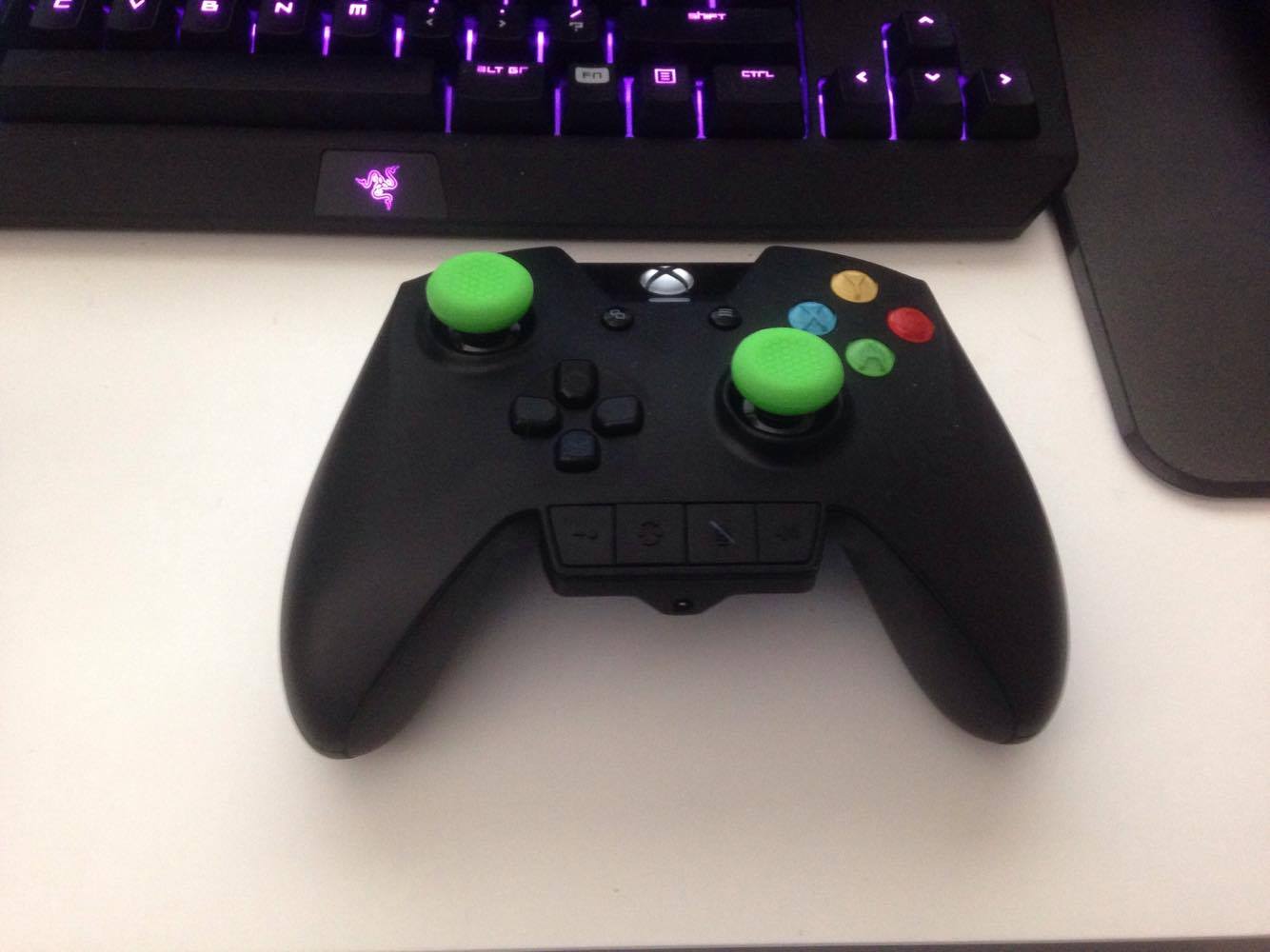 On first inspection, the Wildcat’s design is fairly subdued for a Razer product. It’s entirely black aside from the colored face buttons and some subtle logos on the hard plastic. Where the product ends up looking more like your standard Razer product is when you start attaching the optional neon green grips.

While the thumb grips are comfortable, sturdy, and seem built to last, the palm grips are difficult to apply, tough to re-position, and uncomfortable to use. I eventually gave up on them and ultimately threw them out after one ripped in half when I attempted to remove it.

Microsoft’s Xbox Elite controller has a slight edge over the Wildcat on comfort, thanks to its softer surface, but the Wildcat has a better balance in terms of weight. Halfway between the mass of a standard Xbox One and Elite controller, the Wildcat feels sturdy, but isn’t quite hefty enough to be give users hand fatigue as quickly as the Elite.

How the Wildcat sets itself apart is with four additional buttons, a pair of bumpers and a pair of triggers. The buttons are easily remapped by holding down the remap input, pressing a button, and tapping the desired replacement. You can set up two distinct layouts for those additional keys, which you can swap between on the fly.

In terms of additional inputs, the Wildcat also features volume control and microphone mute buttons that are sincerely appreciated. In contrast, with the Elite controller, you need an additional adapter to get these functions.

The thumbsticks on the Wildcat are comfortable and responsive. Not much else to be said about them, they’re good, solid thumb sticks. Where the colored face buttons feel more satisfying to press on the Elite controller, the Wildcat’s face buttons seem to be more responsive, and more able to keep up with repeated button presses. While for me, the Elite’s satisfying feel is more important, I won’t deny the Wildcat has the edge in responsiveness.

The Wildcat’s D-Pad features four distinct directional buttons, which for me is a huge improvement on other Microsoft controllers. Microsoft needs to take notes and learn from this awesome D-Pad going forward.

At the same price point, the Elite and the Wildcat both have their own share of strengths and weaknesses. Neither is a bad controller, far from it, but it’s going to come down to personal preference which of these devices fits better with what you’re after in a controller.