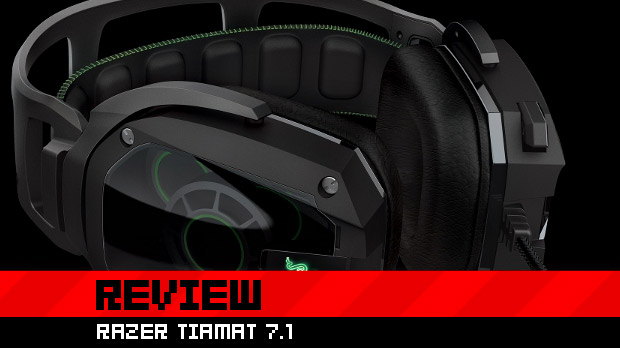 Reviewing headphones is probably one of the better parts about working for Destructoid. At the absolute worst, it gives me an excuse to watch some of my favorite movies, listen to great music, and play some games. No stress, no pressure.

I was really skeptical when I first heard about the Razer Tiamat 7.1. I expected the low-end response to be excessive, for the soundscape to be obnoxious, and for the set to exaggerate footsteps for the competitive multiplayer crowd. While my experience with the Tiamat was bittersweet, I’m glad to say it has nothing to do with the quality of the product itself.

When I first took the set out of its box, I started to understand why so few have ever tried this sort of setup before. Cramming five drivers into each ear cup has pushed the size of these cans into the realm of obnoxiousness. Thankfully, the headset is really light and wears well in spite of its size.

The first thing I noticed when I put them on was just how roomy the cups were; not unlike the higher-end Sennheisers. At a full inch-and-a-half, the distance creates an odd, roomy sound for a closed-back set. It did not take me long to appreciate it though, as it gives the extra drivers some breathing room. Still, I feel it is worth mentioning because it can be quite distracting, even after several days of very heavy use.

Both the headstrap and the ear covers are made of leatherette filled with what feels like memory foam padding, and they are among the more comfortable sets I’ve ever used. They breathe just enough to keep your ears from ever feeling too hot, and there isn’t much inward pressure. After wearing them for ten hours straight, I can say that they are just fine for extended play sessions. 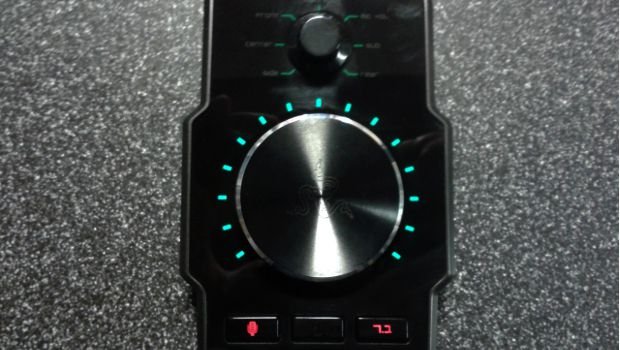 Besides being positively monstrous in size, the Tiamat looks pretty sexy. The outer section of the cups is translucent so that you can see each of the drivers, highlighting its key selling point. At the bottom of both cups a miniature Razer logo glows with a vivid green. The structure of the headset is made of a black and grey plastic that, with the exception of the crown, feels pretty solid.

The base houses the volume control dials as well as buttons for the microphone, switching between 7.1 and 2.1, and a speaker output. Made of a reflective black plastic with metallic accents, the piece has a great sturdiness to it. Running out from the base in either direction are Razer’s standard braided cables. On the far end, there are five 3.5mm jacks for the input/mic. out as well as a USB plug for power. There is no optical or USB in.

There aren’t too many setups that support a full complement of analog plugs. This means you can’t use the headset with a game console unless you have additional hardware, and pretty much bars this from laptop use. The cables aren’t user-replaceable, either. While I can understand these design choices, they ultimately limit usability and cause more headaches for the consumer. It isn’t the worst thing ever, but it’s definitely disappointing to encounter. 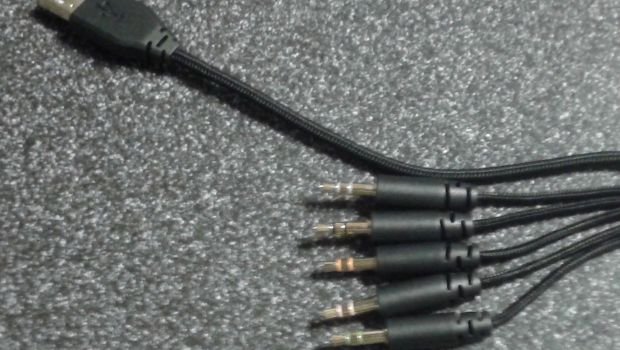 Yeah, yeah that’s great — but how do they SOUND?!

Whenever I get a set of speakers or headphones, I always tear through my game library looking for old favorites that I want to relive. Unfortunately, when testing the Tiamat, I discovered just how few games support full 7.1 surround. It was really disheartening. Most of the games I played for this review ran on the Source engine, which always supports 7.1. I also tried out BioShock and a smattering of other titles.

I want to start this out by saying that the Tiamat is awesome, and definitely has a lot going for it. They dance in the midtones. Bass response is tight, but reasonable, and the highs are restrained if a bit tinny at volume. They’re sneaky bastards, too. Often, I found myself enjoying them so much that I would steadily increase the volume until I hit the max and then not even realize it until a very unpleasant, very loud, very high note came along and made me realize that I was probably doing a lot of damage to my ears.

In a way, it really is a testament to how smooth they sound. Because the Tiamat has so many channels for output, the sudden drop in lows that most headphones have between 50 and 75 percent of max volume never comes. The same basic principle applies to directionality. While they don’t have the space to let each channel expand, there is cleanliness to the soundscape. When a source moves around you in a circle, there is no jarring transition from left to right. It is subtle but refreshing. 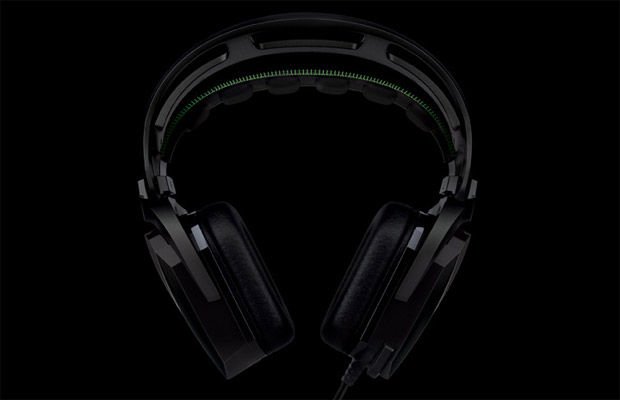 I am skeptical of claims that these headphones will give anyone a competitive edge in multiplayer of any sort. As delicious as they are, I generally know when someone is behind me, regardless of surround sound. If I hear footsteps and there are no people or shadows in front of me, I will turn around. Without boosting those sounds to stupid levels (as the Creative Omega 3D’s “Scout mode” did), there is no way I’m going to hear someone any earlier or later than normal. That said, I was impressed by what the Tiamat does for immersion, and the fact that Razer managed to fit ten drivers into a single headset is absurd.

I was really satisfied with my overall experience, but disappointed in the fact that Skyrim didn’t have any surround sound options (I was in a foul mood for a whole day). Whether or not I would recommend the Tiamat 7.1 set ($179.99) would depend very much on what hardware you already have. If you don’t have the sound card for it, and you don’t regularly play games that do support surround, then I would strongly recommend the Tiamat 2.2. If you do have all the stuff you need and either the games or the movies to back the purchase, then the 7.1 set comes with my full recommendation.