In the year 2016, mechanical keyboards and membrane keyboards are currently embroiled in an ongoing war. Those in love with the former contend that having actual mechanical switches under their buttons gives typing and gaming a higher amount of precision, and that once you feel that tactile ka-chunk it’s hard to go back to stock keyboards. Supporters of the latter say there’s no need to spend the extra money, and that PC hardware companies are just trying to milk gamers for their cash.

With Razer’s Ornata Chroma keyboard, a new challenger has entered the fray, hoping to unite people who think way too damn much about keyboards, like I do. 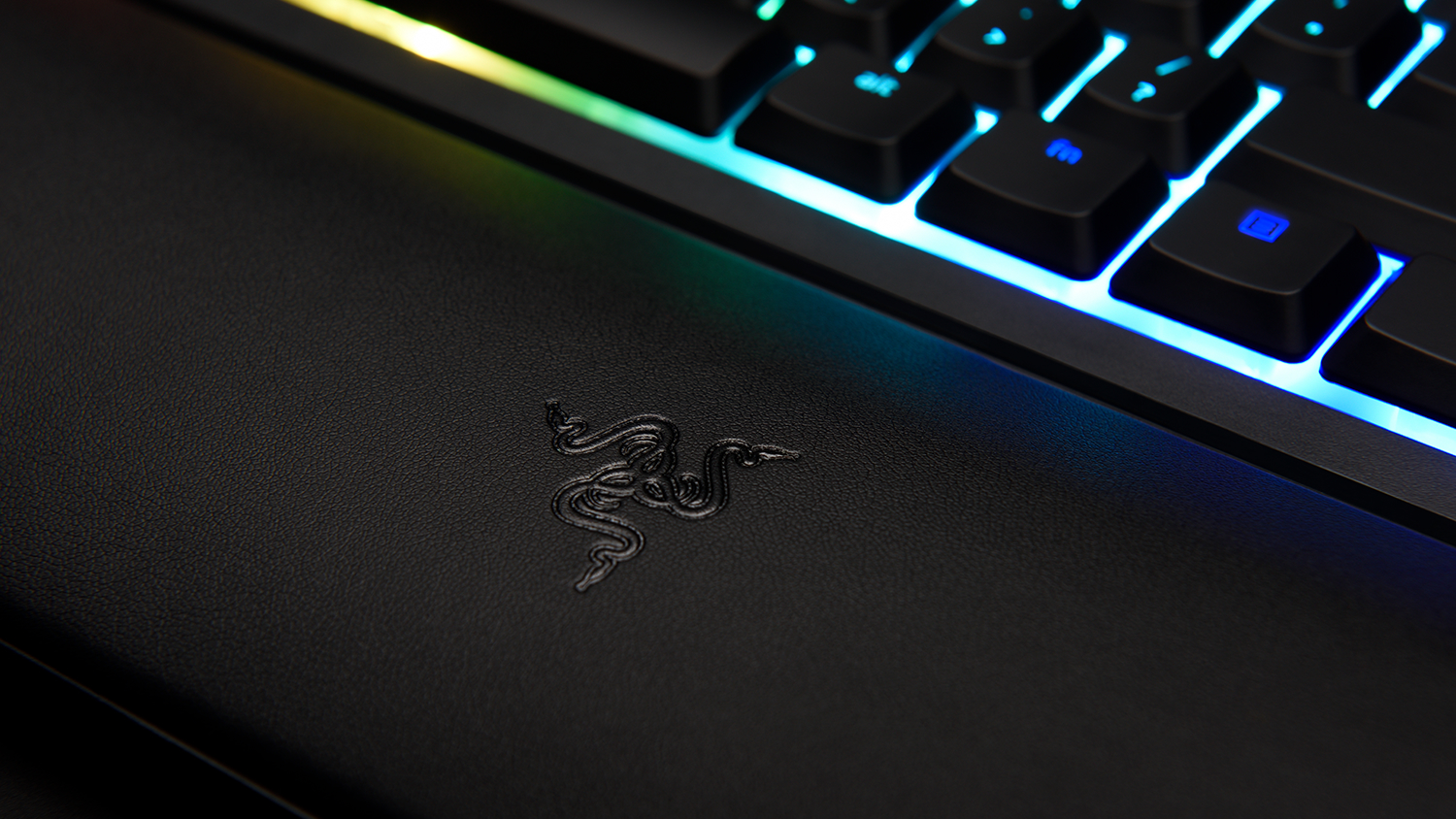 The Ornata Chroma uses a technology called mecha-membrane (actually not Godzilla’s arch-nemesis, in case you’re wondering). There’s a membrane under the keys that allows for longer life duration and low-profile typing, but there are still mechanical parts that give that chunky click that feels so good. Which could all be a buncha bullcrap that doesn’t end up pleasing everyone, of course.

But from my time with this keyboard, I find it to be a satisfying compromise. It has mid-sized keys between the shape of bulky keyboards and Mac chiclets that feel like you don’t have to press down quite as far. There’s still a textured clack to each press, providing feedback and letting you know that you did indeed press the key in time, and that you died because that other dude is just better at sniping than you are. Especially appreciated is the included detachable cushioned wrist rest that prevents fatigue. I use it for both gaming and typing, and I’ve found this to be the most comfortable keyboard I’ve used since I began reviewing hardware. The magnets that hold the rest to the keyboard are bit weak, but that only matters if you’re particularly violent with your keypresses. 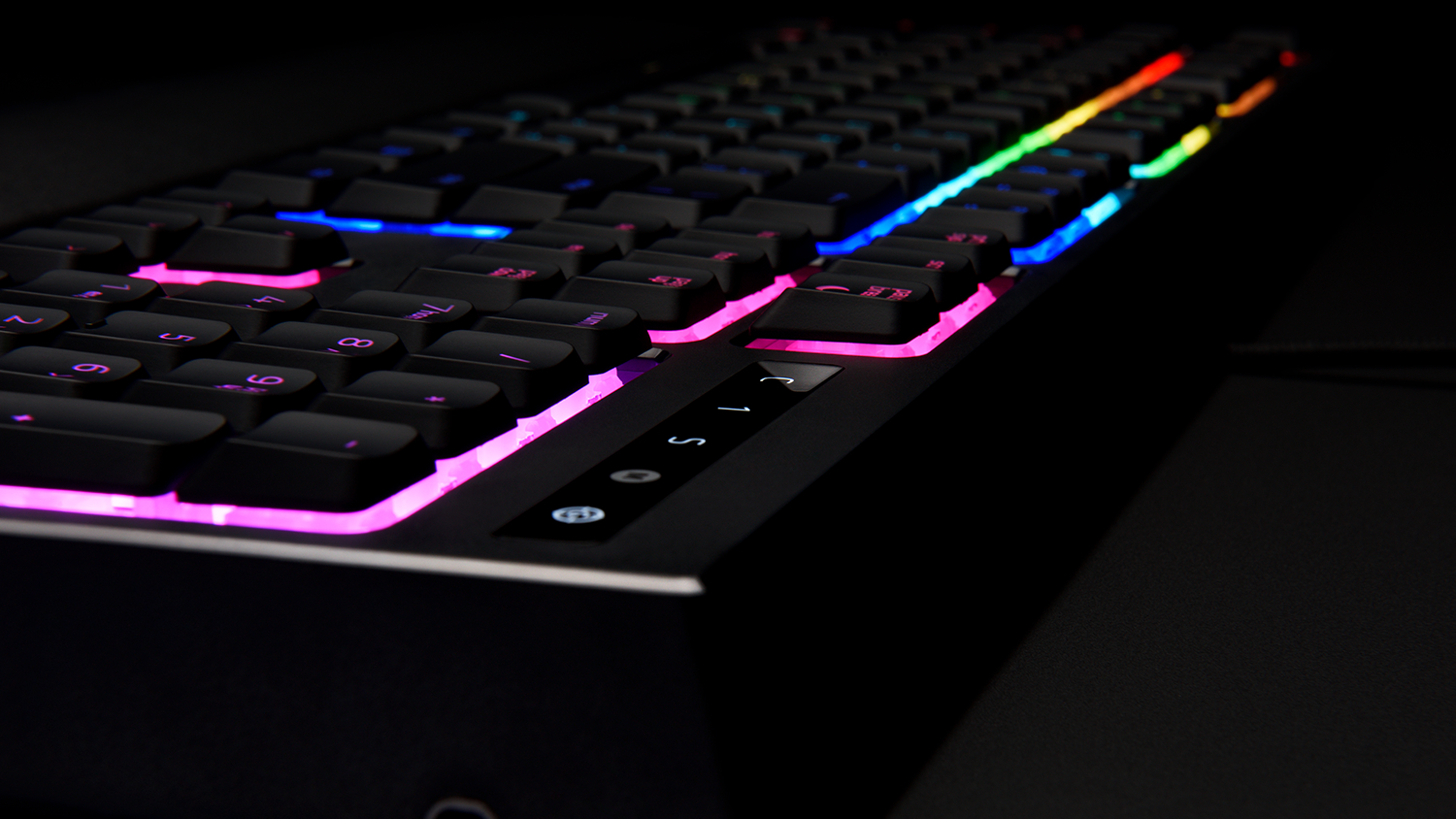 There aren’t dedicated media keys, so the function key is necessary for that as well as changing backlight brightness, turning on game mode (to prevent accidentally hitting the Windows key), and the like. This is a smaller keyboard, so it’s nice and compact for both gaming and typing.

It’s also attractive: clean, crisp lines and angles mean that it doesn’t have the garish Transformer look that is strongly associated with PC hardware. Razer’s Chroma technology allows for 16.8 million color combinations through the included Synapse program, which also can be used to create macros or see the heat map of your keyboard use. I generally have it on a setting where waves of color ripple out from the keys I press, which is probably annoying as hell to passers-by, but I’m just happy it looks like I’m weaving purple lightmagic.

There aren’t a ton of extra features here, like USB pass-throughs and media keys, but it doesn’t feel lacking. It’s too satisfying to use. Though I’m generally an ardent supporter of Cherry Blue mechanical switches, this mecha-membrane combination is my favorite keyboard to use right now due to its low-profile keys and enticing clicks. This is all largely subjective, so if possible, I’d go to a store and try to test one out to see if you like it first. I was expecting a mushiness to it that simply isn’t there, but your mileage my vary. If you’re uninterested in the pretty colors, there’s a $20 cheaper version that functions identically minus the RGB lights. Either way, it’s a solid outing by Razer, and my wrists thank the company.