Do you really need multiple methods of control outside of a mouse and keyboard? Well, in today’s PC climate with the vast amount of games available at a moment’s notice for pennies, it’s never be a bad thing.

Between bluetooth to PC Wiimote capabilities, plug and play 360 controllers, and a host of different mouse and keyboard options, there’s something for every type of gamer out there.

But what about a gaming keypad? Is it really necessary on top of everything else out there? In order to find out, I put Razer’s successor to the Nostromo to the test. 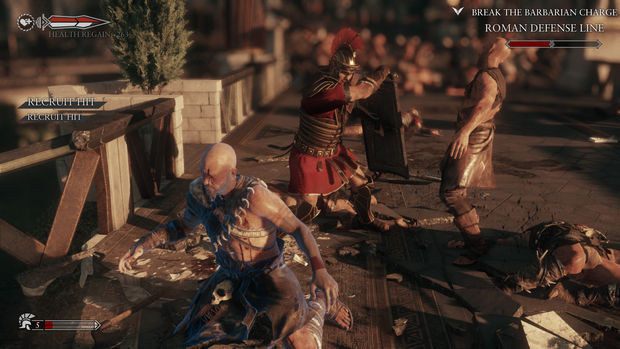 Despite the overall complexity of the device on paper, once you actually open it up, the design is fairly simple. The Razer Orbweaver is a keypad with a wired USB connection, and 20 mechanical keys (including an eight directional, non-analog thumb-stick). It weighs about 10 ounces, and the keys require a minimal amount of pressure to activate (50g of force, technically). The non-braided cables are lower quality than what Razer has done in the past, but they don’t feel super cheap, either.

Out of the box, WASD is configured to buttons 8, 12, 13, and 14 respectively (the arrows are shown on the pad), which is a nice touch. The backlit keys help for late night gaming sessions, and although you can’t customize the color outside of green, you can choose to turn the lights off, constant, or pulsing. The keys have a feature called “anti-ghosting” which allows for every key stroke to be recognized by the system, regardless of whether or not you hold down or press multiple keys at once.

In terms of form factor, the Orbweaver is actually pretty comfortable, despite how awkward it may look. The palm rest is rubberized and didn’t become grating after hours of gaming. It’s also fairly compact with its one USB cord, which makes it really easy to carry with you if you’re gaming on the go with a laptop. Both the thumb and the palm rest are adjustable to conform to your hand, should you need it.

The improvements to the Nostromo are fairly small, seeing as it only has four more buttons, and a more ergonomic design. So if you already own a Nostromo, you probably don’t need to upgrade. You also have the option of Logitech’s G13, if the Orbweaver’s price is too steep (although the G13 is not mechanical).

As previously mentioned, it does work out of the box by mapping WASD and some standard gaming keys (like left shift and E) across the numpad, but you’re going to want to take advantage of the full macro capabilities of the device through Razer’s software. 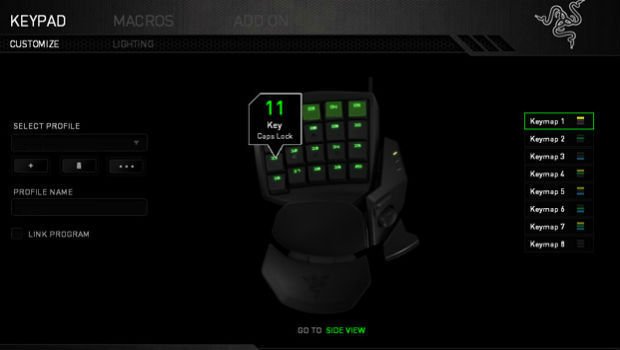 So while you don’t necessarily need it, Razer’s Synapse 2.0 utility suite needs to be downloaded in order to enhance your experience with the device. The guide is also available online should you need assistance figuring out how to use the thing.

Synapse 2.0 allows you to configure a near unlimited amount of profiles through the use of cloud technology, which means that you’ll be able to pick up your scheme on multiple machines — which again, is useful given the portable nature of the device.

For those of you who may be turned off at the thought of more software, even if you opt to use both the keyboard and the Orbweaver without bothering with Synapse 2.0, it is doable. The vast majority of games have an alternate key setting that will allow you to utilize the secondary controls without screwing up your keyboard mapping.

When you’re setting up multiple profiles, a colored indicator on the side shows your current map profile selection, and you can dynamically change your profile to create more. The ideal situation is to configure a game in windowed mode in tandem with Synapse 2.0, then link the program to the Razer dashboard so it keeps that profile forever.

For the purposes of this review, I tested the following games: League of Legends, The Binding of Isaac, Diablo III, Call of Duty: World at War, Frozen Synapse, Torchlight II, Dungeonland, Guild Wars 2, From Dust, Wizardry Online, and Star Wars: The Old Republic.

For MMOs and RTS titles that can utilize a near limitless amount of macros, I found the Orbweaver to be pretty invaluable. I was able to pretty much craft anything I could ask for control-wise within the confines of Synapse 2.0, which came in handy once I learned how to use it. The more complicated the game, the better the Orbweaver will serve you. 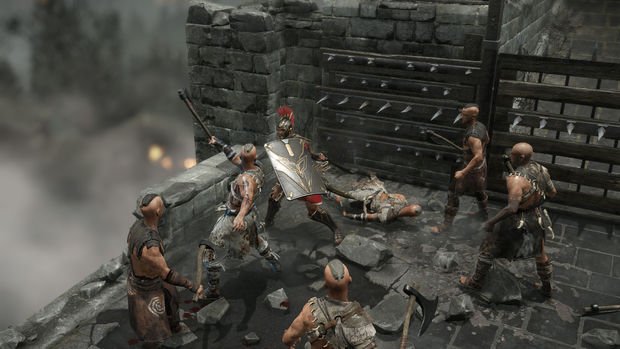 One particular use I found is for pet classes in World of Warcraft. Being able to utilize multiple summoned minion abilities in swift succession completely trumped relying on a keyboard — and I have to say, after playing with mechanical keys, their responsiveness makes it hard to go back. The D-pad is also a huge plus for many games, eliminating the need for WASD use in some cases. There’s also nothing stopping you from using your keyboard in tandem with the Orbweaver, the latter of which can function as a separate macro-enabled numpad, to so speak.

But for certain types of games, it may be too much. For instance, League of Legends (or other MOBA games for that matter) don’t need a complex control scheme when you only need to micro-manage one unit (barring summoning classes), and a few skills. FPS games as a general rule also don’t need complex control schemes, and the standard WASD setup with a few outliers will probably cut it without the need for the Orbweaver. Of course, there are exceptions, as some games in either genre happen to utilize more than a few keys.

Despite the tough learning curve, after a few days of constant testing, I started to acclimate myself to using it for even menial tasks in my daily PC life outside of games — specifically, image-editing. I found that using Synapse 2.0 made it fairly easy to program macros for Photoshop, and allow for quicker editing through the use of the directional thumb-pad.

All in all, I don’t see myself using the Orbweaver for absolutely every game I own, but I keep it hooked up to my PC all the same, next to my keyboard. I’ve found that for basic image editing required for my writing career, and my frequent MMO habits, it suits my needs fairly frequently.

I’ve created a number of profiles for a few MMOs I play, and one for a few image touch-ups that I’ll be using for the foreseeable future. If you don’t play a lot of PC games I don’t see a need for splurging here given the high price point, but for everyone else, it’s a decent investment.