You’ll look like Princess Leia, but they sound good

Right after I got back from Poland almost a month ago, I received a package with all sorts of Razer goodies inside, including the Ornata keyboard, the Death Adder Elite mouse, and the Kraken 7.1 V2 Gaming headset. I’m still working on reviewing those first two (Spoiler: I’m rather happy with them), but I’ve been using the headset for the past few weeks both in numerous matches of Killing Floor 2 and Battlefield 1 and for listening to music while I conjure up more words for you fine folks to read.

It’s gonna be hard to tear these off my head the next time I have to do another headset review. 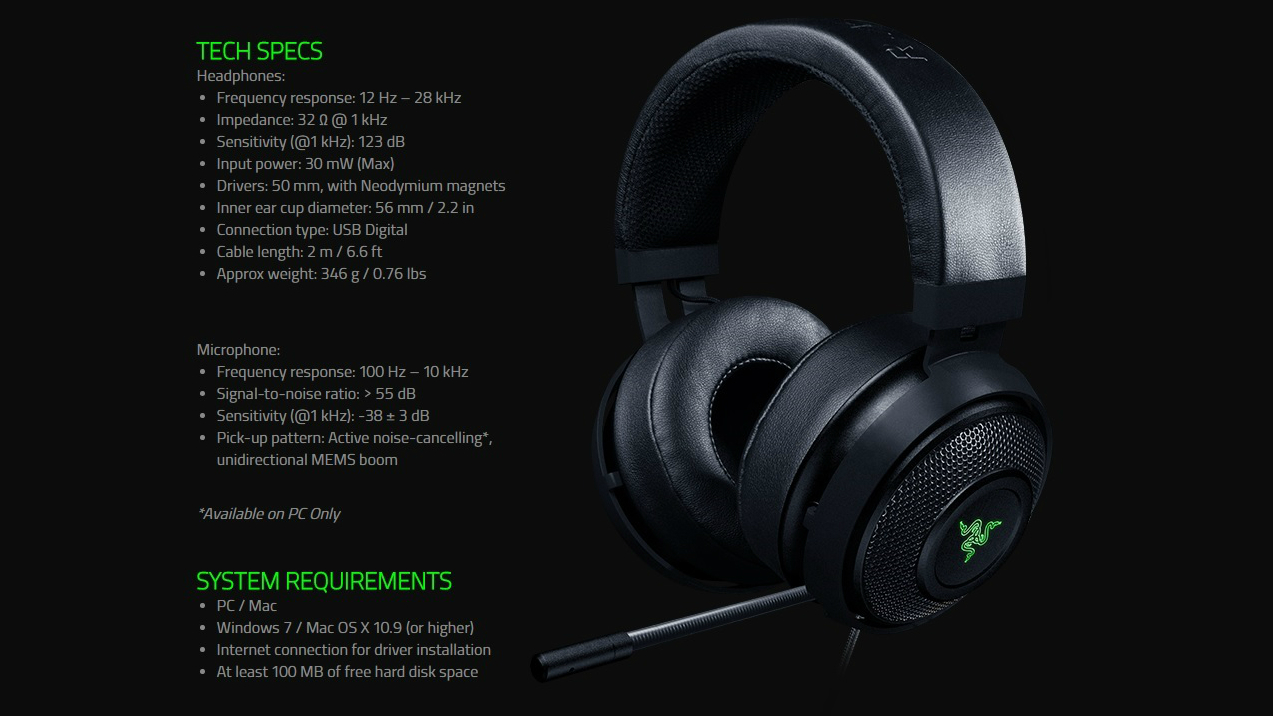 Let’s start from the outside and work our way in. The Kraken 7.1 V2 is large, but it’s more comfortable than I initially expected. At 346 grams, it doesn’t feel particularly heavy, and the large cups sit comfortably over my ears. While the cups do protrude a couple inches and have the potential to make you look quite ridiculous, it allows for 50 mm audio drivers, meaning better sound quality.

Since the Kraken is connected via USB, I generally wouldn’t be using them outside of home anyway, but aside from the large cups, the set looks sturdy and sleek. I’m glad Razer gave up on the awful mid-’90s punk band vomit font it had been using on so many of its products up ’til now. With nice RGB lighting on the side of the cups and the clean new Razer logo, I wouldn’t be embarrassed to take these into a coffee shop to get some writing done. Also, a nice bonus is that I’ve worn these for five hours at a time and my ears never get sore. That’s highly subjective, and I don’t know your ears, but these worked well for me.

The microphone is attached to the left cup, and is conveniently retractable for whenever you want to use the phones exclusively for listening. Whenever you’d like to mute yourself, you simply pinch the tip of the mic down (there’s a sneaky little button on it) and you’ll be nice and silent. Quality-wise, I was surprised to find that my voice sounds crisp and clear in comparison to most of the other gaming headsets I’ve used in the past. Through Razer’s Synapse software, I was able to tweak volume normalization, ambient noise reduction, and active mic noise cancellation, allowing squad mates to hear my voice despite whatever cacophony was surrounding me. Curiously, no matter what I adjusted, people that I played with told me they could hear my breathing a little too easily. This means that either the mic is a wee bit too sensitive, or I need to start doing breathing exercises. 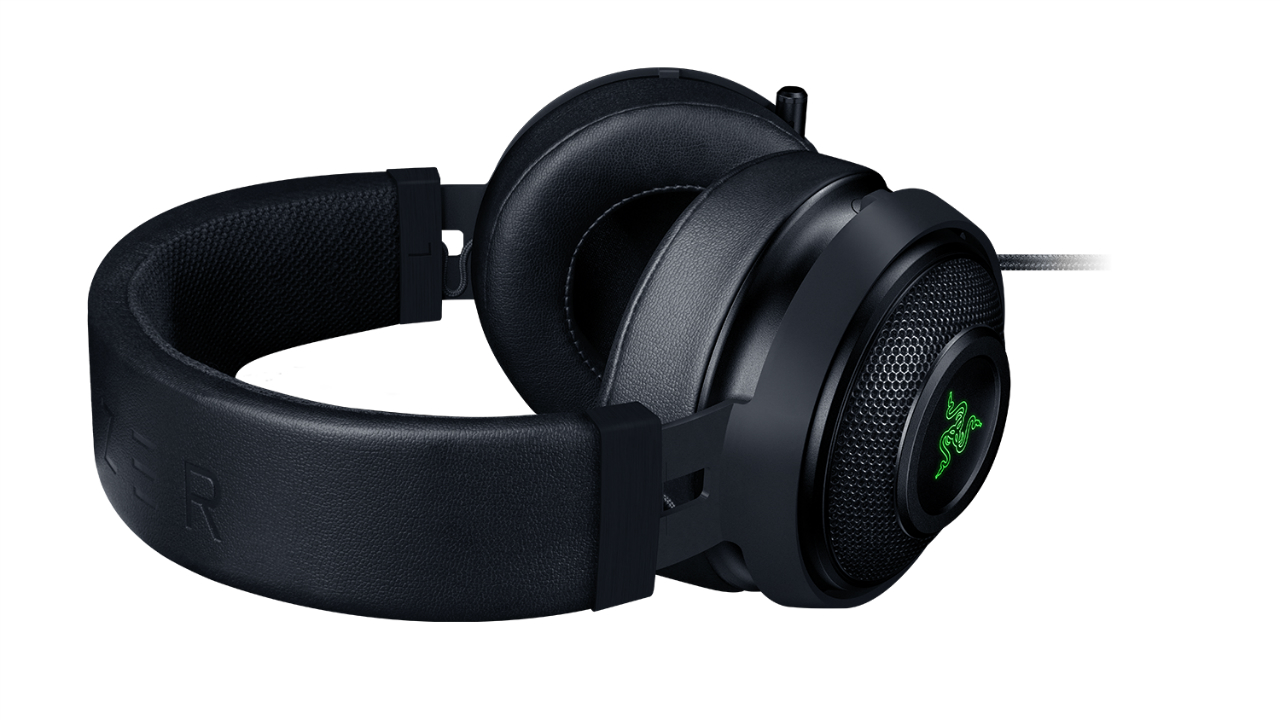 But these are primarily for your ears, so the most important aspect is the sound. If Razer is going to tout 7.1 digital surround sound, the Kraken had better tickle my eardrums and fill them with sweet, honeyed compliments. There’s an ongoing debate as to whether or not digital 7.1 is true surround sound because the speakers are too close to your ears, yada yada yada you can Google it. What’s important to me is that the illusion of surround sound is here, and I can already hear the benefits in Battlefield 1. I’ve heard other players coming around corners behind me and taken them down even though they should have had the drop on me.

There’s a deep bass to these that audiophiles would probably frown at, but I find it works pretty well for getting a nice, grounded sound in the games I’ve been playing. With the bass boost in the Synapse software, running through explosions is particularly pleasant (as nice as something so traumatic can be), though the Kraken does struggle with the boost maxed out on the highest volume. That’s not good for your ears anyway, but if you’re nigh-deaf and need to have it that loud, be aware that there is a loss of consistency at that point. You can also adjust sound normalization and presence level, for when you want to reduce loudness variation and better hear your friends.

When it comes to listening to music, the Kraken performs admirably. There’s a nice balance to the lows and highs that doesn’t feel as compromised as I’m used to with gaming headsets. For the best possible musical experience, you’re still better off with dedicated headphones from a company like Audio-Technica or Sennheiser. But if you’re like me and don’t want to switch your earhuggers every time you change from gaming to music, the Kraken sounds good, warm, and balanced compared to other gaming headsets. Don’t @ me, as the kids on Twitter say.

The Kraken 7.1 V2 is a great overall package; it’s comfortable on my big dumb head, has a surprisingly high-quality microphone, and the sound quality is more generous than I expect from the often compromised category of gaming headsets. As someone who both plays games and writes constantly, I find them to be a good alternative to switching to more appropriate headphones every five minutes. Even if this isn’t the case for you personally, the Kraken is a good choice if you want a high-quality headset for a decent price.